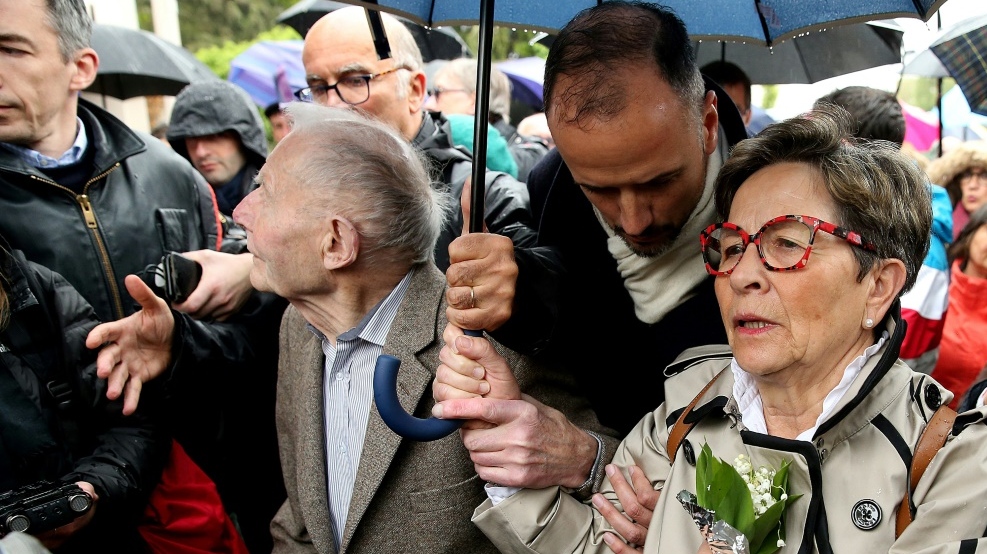 Vincent Lambert's parents, who are devout Catholics, have gone to Europe's top court to maintain his nutrition. (AFP)

PARIS - France's highest appeals court will on Monday begin considering whether a man who has been in a vegetative state for a decade should have been put back on life support -- the latest chapter in a wrenching right-do-die case that has divided the country.

The case of Vincent Lambert has also split the family of the 42-year-old nurse, with his devout Catholic parents launching several legal bids to maintain his nutrition, against the wishes of his wife and the doctors treating him.

He has been kept alive since a traffic accident in 2008 left him a quadraplegic with severe brain damage that doctors eventually determined was irreversible.

On Monday, the Cour de Cassation will begin examining whether a lower Paris court was within its rights to order that Lambert's feeding tubes be reinserted last month, just hours after doctors had begun switching off life support.

The Cour de Cassation, which will not rule on the merits of maintaining Lambert's treatment, is expected to give its judgement later this week.

It will focus on whether the Paris appeal's court was competent to rule on the case, which has taken the warring Lambert family to France and Europe's top courts over the past six years.

Lambert's wife Rachel and doctors are hoping that the Cour de Cassation's decision will end the legal battle once and for all.

"The goal is that the case be effectively closed," Rachel Lambert's lawyer Patrice Spinosi said.

The French government and the Reims hospital promptly appealed that Paris ruling to the Cour de Cassation, paving the way for yet another cliffhanger ruling which could see Lambert taken off life support again.

The case has rekindled a charged debate over France's right-to-die laws, which allow so-called "passive" euthanasia for severely ill or injured patients with no chance of recovery.

President Emmanuel Macron had last month rejected calls by Lambert's parents and others to intervene to keep him alive, saying the decision to stop treatment "was taken after a constant dialogue between his doctors and his wife, who is his legal representative."

The European Court of Human Rights also rejected an appeal by Lambert's parents.

But the UN committee on disabled rights asked France to keep Lambert alive while it conducted its own investigation into his fate -- a request the French government rejected as non-binding.

Lambert's wife says her husband had previously told her he would not want to be kept artificially alive if in a vegetative state -- a position he never put in writing.

Six of Lambert's siblings and a nephew also believe the most humane course is to let him die.

But his mother Viviane has insisted he "just needs something to drink and eat, and love." She, his father Pierre and two of Lambert's other siblings are adamant that he is not at the end of his life.

The case has even drawn in Pope Francis, who tweeted last month that it was necessary to "always safeguard life, God's gift, from its beginning until its natural end."