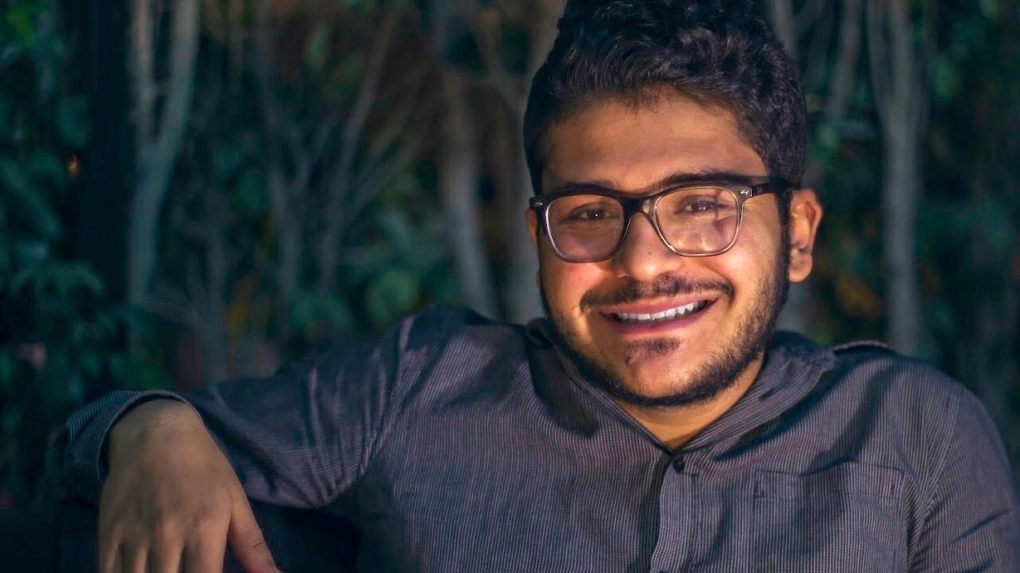 Police detained Patrick George Zaki, 28, an Egyptian student at the University of Bologna in Italy, after he arrived in Cairo earlier this month on what was supposed to be a brief visit home.

Zaki told his lawyers he'd been tortured with electric shocks, beaten and blindfolded during interrogations about his activism, according to The Egyptian Initiative for Personal Rights. The group previously employed Zaki as a gender rights researcher and is now providing him legal representation.

His defence attorney Huda Nasrallah also told The Associated Press that Zaki repeated his torture allegations on Saturday during a court hearing to appeal his detention. He's being held while prosecutors investigate claims of disseminating false news and calling for unauthorized protests. The court rejected the appeal.

Recent laws in Egypt have expanded the definition of terrorism and granted police and prosecutors broad powers to arrest and keep people detained for months and even years without ever filing charges or presenting evidence.

Sunday's two-page statement from the office of General Prosecutor Hamada el-Sawy said Zaki did not report that he was "harmed or violated during his arrest or detention" when he spoke to the public prosecution on Feb. 8, the day after his arrest.

"The public prosecution also did not observe any visible injuries that could be useful to the investigations, and that the defendant responded denying the existence of any injuries to his body," the statement read.

As evidence of in the case against Zaki, Egypt's national security agency provided 10 pages printed from a Facebook account carrying the name Patrick George Zaki The statement described it as "inflammatory material against the state institutions and figures."

It said Zaki denied the claims against him, and that the prosecutor's office ordered him to remain in custody pending further investigations.

Zaki's arrest and detention have generated tremendous interest in Italy, the country where he's been studying. That's because of the 2016 death of 28-year-old Italian researcher Giulio Regeni, whose battered body was found on a roadside on the outskirts of Cairo.

Italy's public prosecutor has opened an investigation into several Egyptian police and secret service members in connection with Regeni's torture and killing. Regeni's death remains a source of simmering tension between the countries.