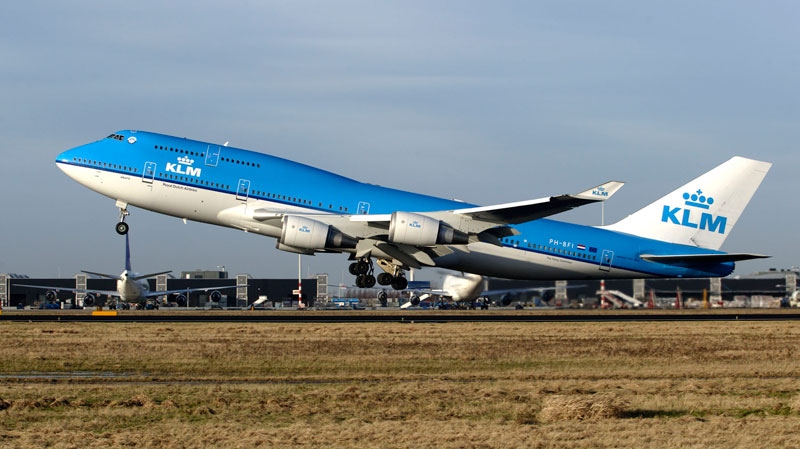 The Dutch flag carrier has hit turbulence online over its breastfeeding policy which may ask a “mother to cover herself while breastfeeding.”

A KLM passenger calling themselves Shelby Angel sparked an online furor when she claimed a flight attendant told her to cover up while breastfeeding her one year old daughter on a journey from San Francisco to Amsterdam.

“I've never received such a negative response to taking care of my child,” she wrote in a Facebook post.

“Before we even took off, I was approached by a flight attendant carrying a blanket. She told me (and I quote) ‘if you want to continue doing the breastfeeding, you need to cover yourself.’"

Angel said she refused and felt “extremely uncomfortable and disrespected.” She complained to KLM when she got home.

“Breastfeeding is permitted at KLM flights,” the airline wrote.

“However, to ensure that all our passengers of all backgrounds feel comfortable on board, we may request a mother to cover herself while breastfeeding, should other passengers be offended by this.”

Some social media users criticized the airline, while others saw the policy as a reasonable request.

“Mother's should be asked to cover up as they are exposing themselves publicly, even if for breastfeeding,” Abu Malik wrote.

“If it will cause that much offence being told to cover up, then maybe use a bottle for the flight.”

“@KLM is correct. As a woman and medical professional I have no problem with breastfeeding but asking women to just throw something like a burp cloth over them whilst doing so is not an unreasonable request,” Becca Brettschneider added.

The Public Health Agency of Canada, Health Canada and the World Health Organization recommend breast milk only for feeding babies from birth to six months and continuing to breastfeed for up to two years or more after introducing solid foods.

“This is outrageous, KLM. I know you're trying to be fair, but this is not the way to do it,” Paul Milnes wrote.

“You're pandering to those who would control women's behaviour, prioritizing their feelings over the process of nurturing an infant.”

Breastfeeding is permitted at KLM flights. However, to ensure that all our passengers of all backgrounds feel comfortable on board, we may request a mother to cover herself while breastfeeding, should other passengers be offended by this.