Cannabis stocks aren't living up to the hype. Why not? 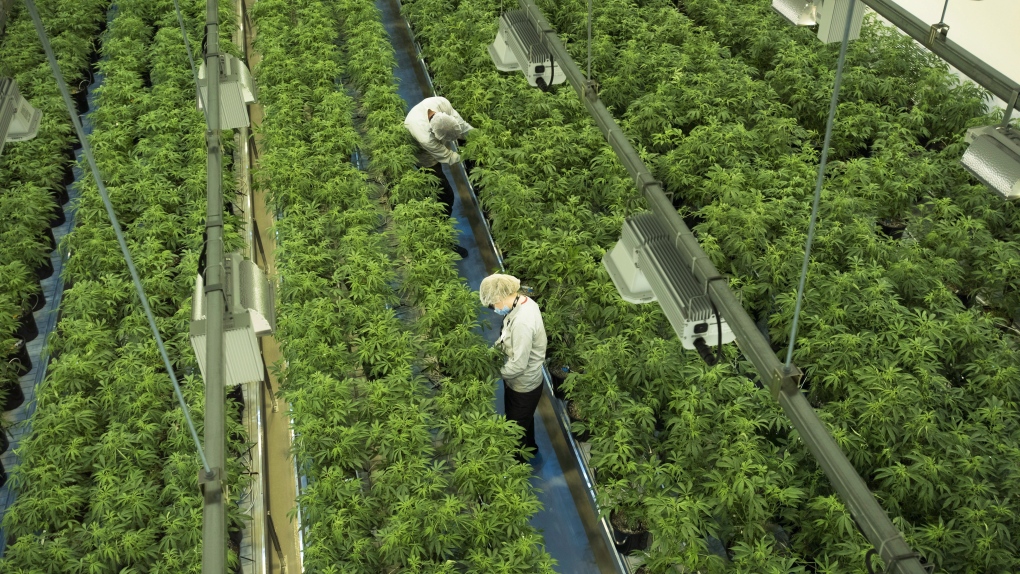 This was the year when cannabis stocks were supposed to take off.

But shares of all the major pot stocks are down, despite hype about the legalization of recreational marijuana in Canada and some U.S. states. The signing of the Farm Bill by President Trump last fall, which had the potential to boost CBD/hemp sales, hasn't helped as much as investors hoped.

Cronos Group and Canopy Growth have plunged more than 60 per cent from their highs earlier this year, and are down about 15 per cent for 2019. The drop in value has hurt the performance of two leading consumer products companies that back them.

Struggling Marlboro owner Altria has a nearly 45 per cent stake in Cronos, while Corona parent company Constellation Brands recently announced it was taking a more than $800 million writedown on its investment in Canopy.

That's clearly not sitting well with Constellation. Canopy co-CEO Bruce Linton was forced out a few months ago after Constellation CEO Bill Newlands said he was "not pleased" with the company's results.

Those aren't the only cannabis stocks that are struggling.

Shares of Aphria have fallen nearly 10 per cent. Aurora Cannabis, which has activist investor Nelson Peltz as a strategic adviser, is also down 15 per cent this year.

And Tilray, a cannabis company whose majority owner is Privateer Holdings, the investment firm backed by Peter Thiel's Founders Fund, has plummeted 66 per cent.

Investors had hoped that the passage of the SAFE Banking Act in the House at the end of last month would give the stocks a significant boost. The bill, which would make it easier for financial institutions to provide banking services in states where legal cannabis businesses operate, still has to pass in the GOP-controlled Senate -- and that's not a sure thing.

Fundamentals matter -- even for cannabis stocks

What will it take for the sector to bounce back?

Profits would be nice. Nearly all the major cannabis companies continue to lose lots of money.

George McBride, CEO of Hanway Associates, a London-based consulting firm specializing in cannabis research, said there are still promising opportunities in the business of recreational and medical cannabis. Companies just have to prove that they are not a flash in the pan.

"The early movers in cannabis that listed their stocks a few years ago did so at a fortuitous time and were able to raise a lot of money astronomically fast. But they grew very quickly and now sales have not matched investor expectations," said McBride, who is also co-founder of the Cannabis Europa events conference organization.

In a sense, the cannabis companies are suffering from the same problems that Uber, Lyft, Slack and many other ballyhooed startups that recently went public.

"The sell-off in cannabis is part of a wider trend. Investors have moved away from other unicorns because they want earnings, not just market share. Investors haven't demonstrated that much patience," McBride said.

Matt Markiewicz, managing director of Innovation Shares, which runs The Cannabis ETF, agreed that investors got too excited about the short-term outlook for the sector.

"Exuberance around Canada legalizing adult recreational usage was pretty high. Analyst expectations for sales and consumption were very bullish and it just did not materialize," Markiewicz said.

The increased competition has also pushed prices for recreational cannabis lower, which has dampened the revenue outlook for many of the leading players.

BDS Analytics, a research firm that tracks cannabis prices, said in a recent report that consumer prices for cannabis-related products in the US in August fell nearly 3% from a year ago.

That's a big reason why experts say investors who want to bet on cannabis, CBD or hemp should look beyond the companies that sell products to consumers, which have the most exposure to lower prices.

But Masucci says the broader reaction in the industry may be a bit overdone. Some leading cannabis companies have probably been oversold, since it's unreasonable to expect profits from companies selling recreational cannabis just yet.

"The sector is very volatile and that's to be expected given the nascence of the business. It's still a new market," Masucci said, adding that investors may also be overreacting to concerns that a possible crackdown on vaping could hurt cannabis companies.

There have been reports of some people getting sick from vaping synthetic, illegal marijuana. But Masucci said that's all the more reason for states to have stricter rules for legal cannabis products.

Some bargains in the pot stock rubble

Markiewicz also thinks the sell-off has overly punished companies like Aurora and Canopy, which have a greater presence in markets outside of Canada and the US -- most notably Europe. His ETF owns both stocks.

He added that there are also good opportunities in smaller Canadian companies that work with cannabis firms, such as EnWave, which has dehydration technology for industrial hemp, and Valens Groworks, which offers cannabis extraction and testing services. The ETF owns both of those stocks as well.

Hawkins said the good news for investors like himself is that there are more reasonable valuations for private cannabis companies, including opportunities for suddenly distressed assets.