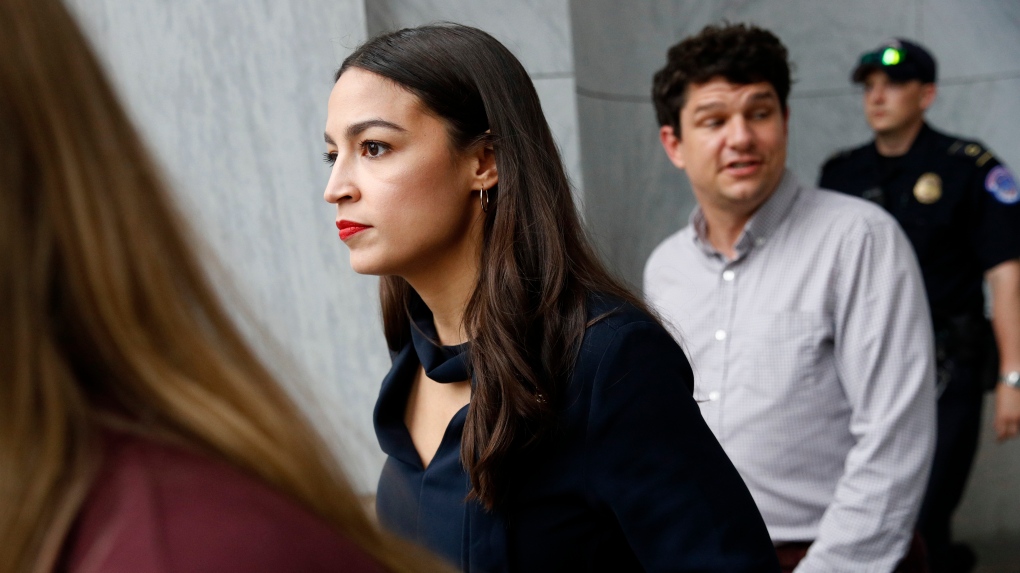 GRETNA, La. -- Two members of a police department in a New Orleans suburb were fired Monday -- one for a Facebook post calling U.S. Rep. Alexandria Ocasio-Cortez a "vile idiot" and suggesting that she be shot, the other for "liking" the post.

Gretna Police Chief Arthur Lawson announced the terminations Monday. Officer Charlie Rispoli was fired for a post saying Ocasio-Cortez "needs a round" and not "the kind she used to serve" -- an apparent reference to her having once been a bartender.

Officer Angelo Varisco was fired for "liking" the post.

"It's very disappointing," Lawson said, adding that the Gretna department trains officers on diversity issues and use of social media -- and that officers were undergoing such training this month.

Lawson said an internal investigation began after he was informed of the post by The Times-Picayune/The New Orleans Advocate. The newspaper reported that Rispoli's post included a fake story with a fabricated quote to make it appear as if Ocasio-Cortez said "We pay soldiers too much."

Lawson said the offending post has been removed and that the department has contacted Facebook to see whether any other officers were involved.

Lawson said both officers co-operated in the investigation and he does not believe either intended violence.

"Whether it was a joke or it wasn't a joke, it was improper to make a comment like that, to insinuate a violent act against an individual, against an elected official, against a seated U.S. congressman," Lawson said.

"We've seen this, we've experienced an act like this," he added, noting that Rep. Steve Scalise of Jefferson was shot and seriously wounded by a gunman in 2017 in Virginia while practicing for an annual congressional baseball game.