What goes into a perfect cup of tea? 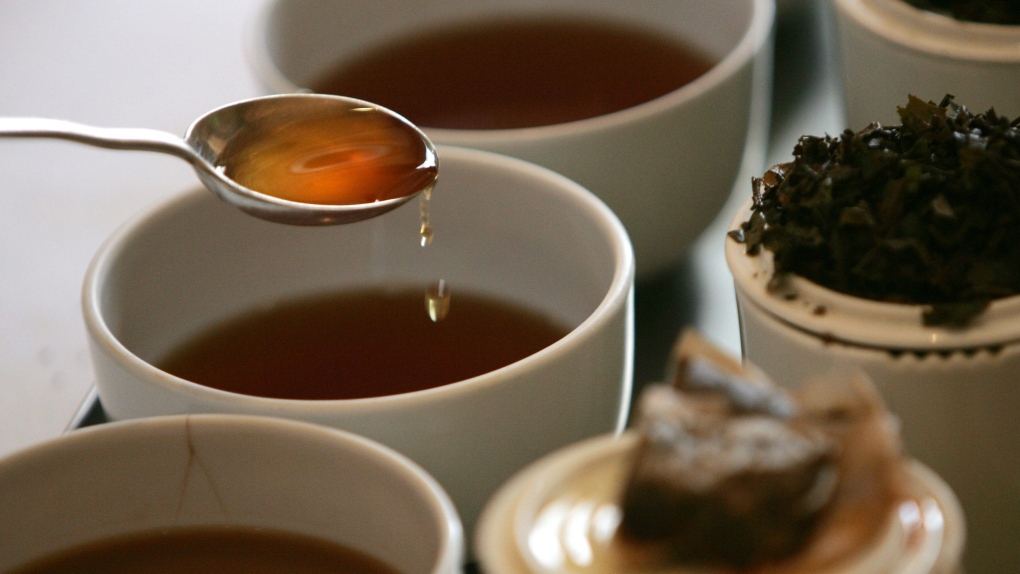 A cup of tea is seen in this undated filed photo. (AP Photo / Alastair Grant)

It seems as simple a recipe as there is.

Dunk a teabag in some hot water and wait. Add some milk and sugar (and here's the 'cheffy' bit), "to taste," then enjoy. Not burning your tongue and yanking the teabag are both optional.

But even that seems too complicated an instruction for a simple cup of tea.

So is that really all there is to making a cup of tea?

Certified tea sommelier Linda Gaylard says, not if you want to get the most out of your brew.

"There is a right and wrong way to prepare it, to give the tea leaf the best chance to release its true flavours, but beyond that it's personal preference," she told CTVNews.ca.

"And I would never dictate to anyone what they should or shouldn't enjoy."

But don't mistake her diplomacy, as she's a Certified Tea Sommelier trained in the program established by George Brown College and the Tea Association of Canada in 2006.

With that training Gaylard understands the appeal of a milky tea, but warns against simply following the instructions -- to pour boiling water and wait 5 minutes -- printed on your box of tea bags.

"By all means do what works for you in terms of the satisfaction and enjoyment you're going to receive from your cup of tea," Gaylard said in a recent telephone interview from her home in Toronto. But don't expect to be served a bag and some hot water if you're invited to tea at her house, as she's a firm proponent of loose leaf varieties.

They may not be on shelves of the nation's major grocery chains, but specialized shops are popping up in communities across Canada. And for anyone with access to the Internet and a mailing address, online purveyors can deliver a variety of fairly traded, single estate teas right to your door.

Whether you're sipping bag or loose leaf, there are three major types of tea. Green tea, oolong or black, they're all derived from the Camellia Sinensis plant.

Whatever you're brewing, there are some important factors to consider: the amount of tea, the temperature of your water and the length of time you let it steep.

Then taste it, she says. If you think it could stand steeping for a little bit longer, leave it for another half minute and taste it again.

"It's not that hard a thing to do, you don't need a thermometer. Just boil the water, take the lid off the kettle let it sit for five minutes then pour it on the tea. It pretty much works every time."

How to know if you've gone wrong?

If those tasting notes put you in mind of a white wine, then anyone who fancies the tea-quivalent of a rose should reach for an oolong.

Coming from a more mature leaf than green varieties, oolong is a semi-oxidized tea produced through a process of withering and rolling the leaves. While the flavour of oolongs can range from sweet to woodsy, Gaylard suggests they all be prepared according to following guidelines:

Then there are the traditional black teas that most would recognize in familiar blends such as Earl Grey and English Breakfast. Technically, they are fully oxidized varieties that trace their lineage back to the first teas traded along the Ancient Tea-Horse Road that linked China with Tibet and northern India more than 1,000 years ago.

Again, Gaylard says it should be prepared in the same basic way, with the exception of hotter water:

Once you've gone to all that trouble, Gaylard warns your tea will be spoiled if it's not strained as soon as it's ready. And if that seems too much trouble, especially when the teapot has less than a mug's worth left, bear in mind this insider's tip.

Good quality tea can make several rounds, but only if you ensure the leaves aren't left soaking in between, and you increase the steeping period each time. Gaylard says high quality loose leaf oolong tea can yield up to 8 infusions, while green tea might be good for three.

"A lot of people think that whole leaf tea is expensive per cup, but in fact it isn't all that much more than a teabag when you consider how many infusions you can get."

With that in mind, Gaylard concedes tea bags have their advantages, but insists tea-drinkers do themselves a favour and swap the bags for loose leaf tea and an infuser or strainer.

"The flavour releases very, very quickly, because you've got a lot of tiny pieces with a lot of surface area," Gaylard said of tea bags which are typically packed with fannings -- the relatively small, low grade pieces if tea leaves.

While the bags are certainly convenient and easy to use, Gaylard says the tea they contain can breaks down, degrade and become stale more quickly. Besides, almost all tea bags contain blends of teas carefully selected to ensure they taste true to their brand year after year.

"I compare it to drinking whiskey: drinking a single malt versus drinking a blended whiskey," she explained, clearly staking her preference for the unique flavours that can come out of a single distillery.

"If you have chance to drink a single-estate, whole leaf tea, there's nothing quite like the flavours that you get from that -- individual and distinguished to that particular type of tea."

Although Gaylard advocates doing whatever it takes to bring out tea's best, she says "the barrier for people to get to a really good cup of tea is perceived -- it's not really there."

After all, as Britain's Royal Society of Chemistry concluded at the end of their research into the science of making tea, before enjoying a cup one should find a "home spot where quietness and calm will elevate the moment to a special dimension."

A half hour walk in the cold, driving rain, they said, "will make the tea taste out of this world."