Seattle NHL arena not expected to open until middle of 2021 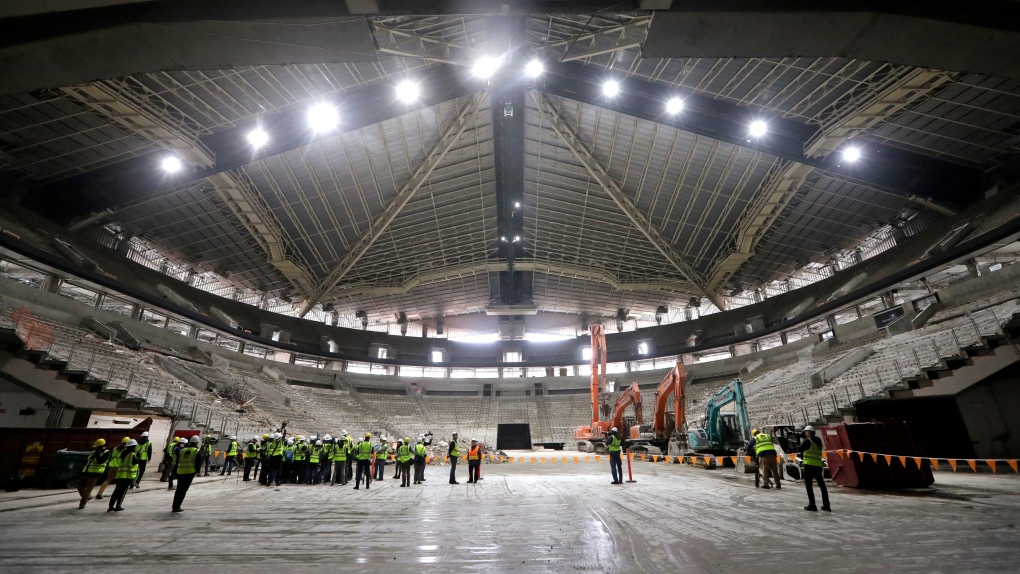 The interior of the existing roof of KeyArena, the only structure that will remain during a major renovation of the building, is visible above what will be the construction site below as media members gather on the floor during a tour of what will be NHL hockey team site Thursday, April 18, 2019, at Seattle Center in Seattle. (AP Photo/Elaine Thompson)

SEATTLE -- The arena for Seattle's new NHL franchise won't be completed until late spring or summer of 2021 but that shouldn't have any impact on the expansion team's first season.

Team President Tod Leiweke said Thursday the delay could end up affecting some other plans for the franchise, including the hopes of hosting the 2021 NHL draft. After being awarded the league's 32nd team last December, Seattle officials were hoping to have the building open by early spring 2021, but design delays and a change in general contractors has delayed the project.

Leiweke said Mortenson, the new contractor, has been provided with incentives to try to have the arena ready by June 1, 2021, in the hope of having the building host the team's expansion draft, the NHL draft and a full home slate for the WNBA's Seattle Storm.

"We have had discussions with the NHL, they're open to that idea, where we would host not only the expansion draft in the building but the full league draft," Leiweke said. "That would be a heck of a way to start a franchise. We are fully motivated."

Getting the Storm back into the building is a major priority, Leiweke said. Coming off winning the WNBA title last season, the Storm will play this season and the next in temporary homes around the Seattle area.

Ken Johnson, construction executive with Oak View Group, said they should have a more detailed construction timeline by next spring.

The price of the privately funded project, which is being built on the site of the former KeyArena, has grown to between US$900 million and $930 million, Leiweke said. The price was originally expected to be about $650 million.

Mortenson has agreed to a guaranteed price for the project and Leiweke said there are contingencies built in should unexpected issues arise.