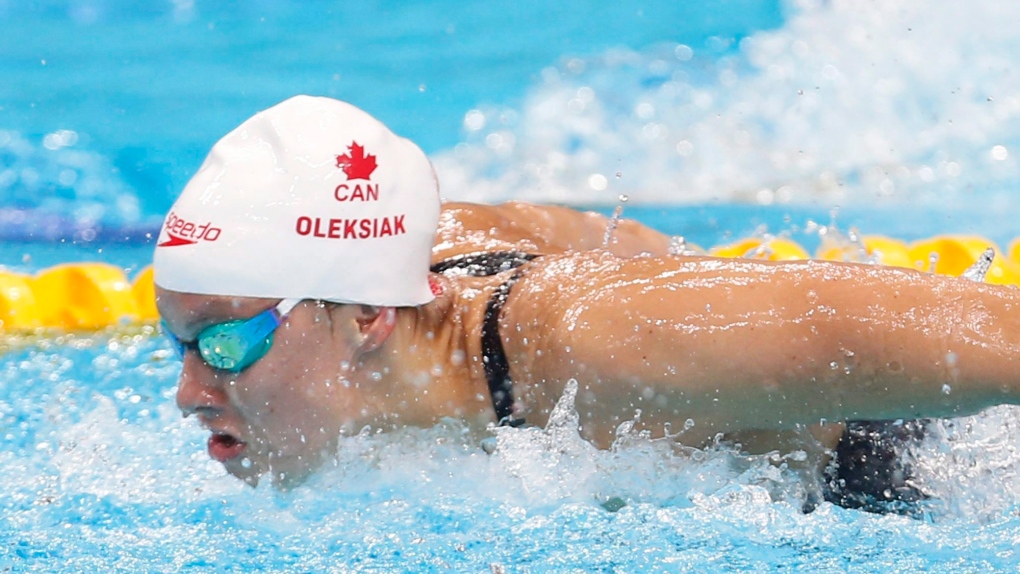 The four-time Olympic medallist won the 100-metre freestyle and 100 butterfly at this week's Canadian Swimming Trials to qualify for the national team that's headed to Japan, but is withdrawing from the event to focus on the 2020 Tokyo Olympics.

Swimming Canada says that the 18-year-old from Toronto has come to a joint decision together with Swimming Canada's high performance leadership team, believing a break would better allow her to return to her highly rigorous training schedule in September.

"Together we have worked with Penny and her support team to look at a plan for the future. Right now she will be taking a summer break following Trials," said Swimming Canada high performance director John Atkinson.

"The intent is for her to return to training in September so she starts the final two years of the quad refreshed and ready to do the best she can representing herself and Canada."

Oleksiak made waves at age 16 when she won four medals at the Rio 2016 Olympic Games. She was the first Canadian summer Olympian to ever accomplish the feat.

"Penny has accomplished more at her age than any young swimmer in Canadian history and it's been a very busy two years since Rio," said Atkinson. "She is a young woman with incredible potential as we look ahead to the two year push towards Tokyo."

Atkinson says that it has been a successful strategy in the past for several other swimmers including Canadian Olympic medallist Brittany MacLean, who opted out of the 2015 world championships and returned to win a medal in Rio.