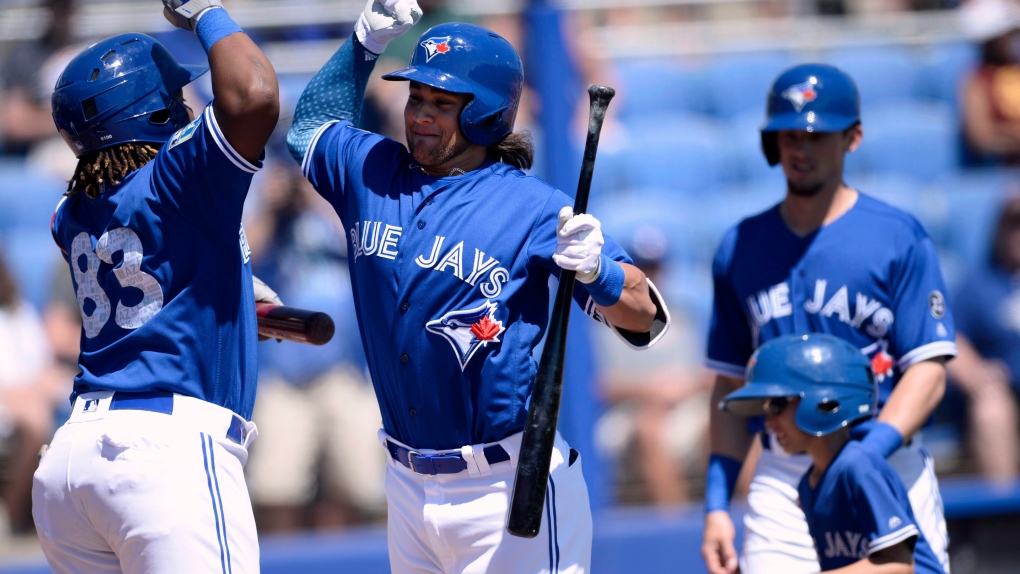 Guerrero, the top-ranked prospect in baseball, is expected to make his big league debut this season after tearing through double-A and triple-A pitching last year.

Bichette, a shortstop, is the No. 2 prospect in Toronto's organization and ranks eighth across the majors in a list released by Baseball America this week.

Cavan Biggio, Santiago Espinal and Eric Sogard are the other infielders to make the list.