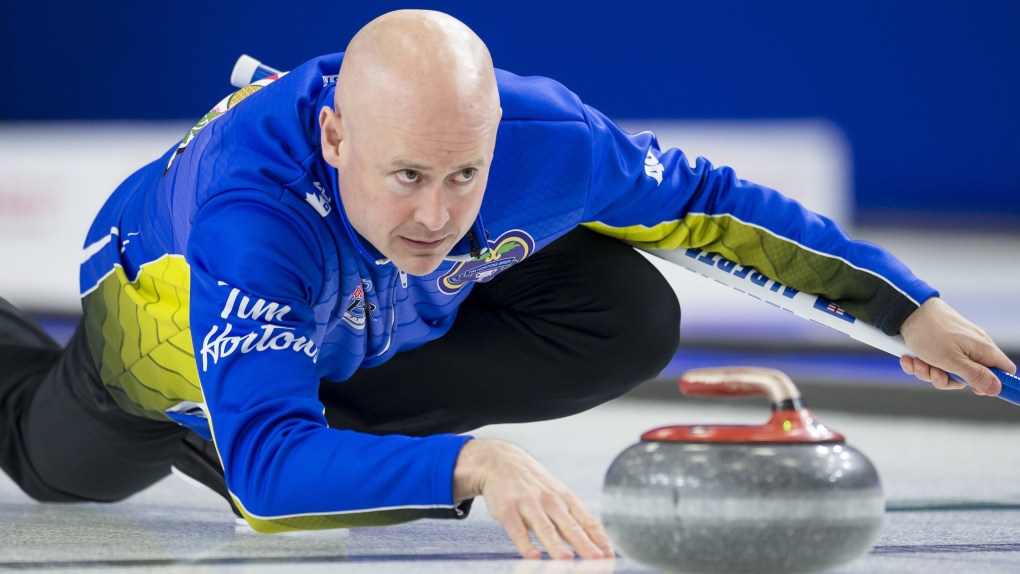 KINGSTON, ONT. -- With four national men's curling titles to his credit, Kevin Koe already has a Hall of Fame resume.

Winning another Tim Hortons Brier crown would put his name into the record books.

The defending champ will skip the Canada entry when the main draw begins Saturday at the Leon's Centre. Koe is one of the headliners in a field that includes top-ranked Brad Jacobs of Northern Ontario, home-province favourite John Epping of Ontario and two-time champ Brad Gushue of Newfoundland and Labrador.

"He's been to seven Briers and he's been in six finals," teammate Ben Hebert said. "That is ridiculous. That's the stat for me that is the craziest. He's won four and lost two finals. But to play in seven Briers and get to six finals is a crazy stat."

Perhaps just as impressive is the fact the 45-year-old skip has won the Tankard with a different third each time.

His first win in 2010 was with Blake MacDonald, Carter Rycroft and Nolan Thiessen. The Rycroft-Thiessen front end was the same for the 2014 victory with Pat Simmons at third.

In 2016, the Calgary skip won with Marc Kennedy at third on a team that included Hebert and Brent Laing. Koe and Hebert won last year with B.J. Neufeld at third and Colton Flasch at second.

"One thing that Kevin always has the knack for is making the big shot and making that big skip shot when you need it," Hebert said in a recent interview. "He's obviously been great at those Briers and I hope he can let it rain again this year for us."

Koe's current lineup, which is ranked sixth in the country, started play in the 2018-19 season. Kennedy stepped away from the game at that time -- he has since returned to play third for Jacobs -- while Laing joined Epping's foursome.

Koe, who represented Canada at the 2018 Winter Olympics, ran the table at last year's Brier with 13 straight wins. He defeated Brendan Bottcher's wild-card team 4-3 in an all-Alberta final.

Bottcher is skipping the Alberta side this time around in a strong field that also includes Manitoba's Jason Gunnlaugson and British Columbia's Steve Laycock.

Winnipeg's Mike McEwen will meet Glenn Howard of Penetanguishene, Ont., in the play-in game Friday night. The winner will be called Team Wild Card and get the last remaining berth in the 16-team field.

The field is split into two pools for round-robin play, which will continue through Wednesday night.

Eight teams will advance to the championship round beginning Thursday. The top four teams will qualify for the Page Playoffs starting March 7.

The semifinal and final are set for March 8.