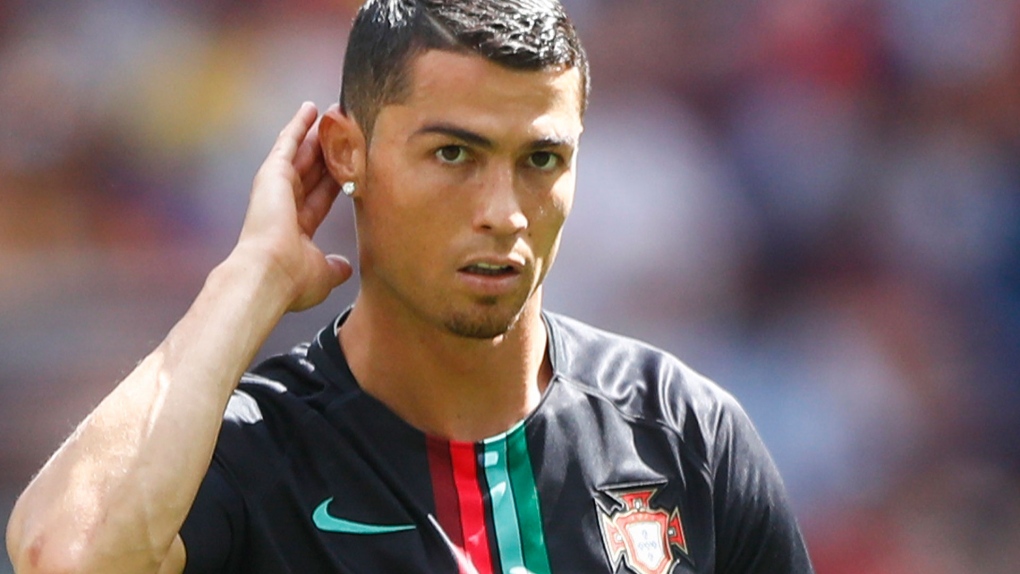 Portugal's Cristiano Ronaldo warms up before the group B match between Portugal and Morocco at the 2018 soccer World Cup in the Luzhniki Stadium in Moscow, Russia, Wednesday, June 20, 2018. (AP Photo/Matthias Schrader)

LAS VEGAS -- A lawyer for a Nevada woman alleging that soccer star Cristiano Ronaldo raped her in 2009 calls her client "emotionally fragile" and says she accepted a settlement back then because she never wanted her name made public.

Attorney Larissa Drohobyczer (droh-HO'-bit-zer) said Tuesday that Kathryn Mayorga is currently out of the U.S. and isn't speaking with the media about a civil lawsuit she filed last week against Ronaldo.

The lawsuit alleges Ronaldo raped the woman at a Las Vegas hotel penthouse and had what the lawsuit called "fixers" obstruct a police investigation and trick Mayorga into keeping quiet for $375,000.

Ronaldo's attorney in Berlin, Christian Schertz, did not immediately respond to email requests for comment.