Canadian athletes gearing up for a huge summer in 2019 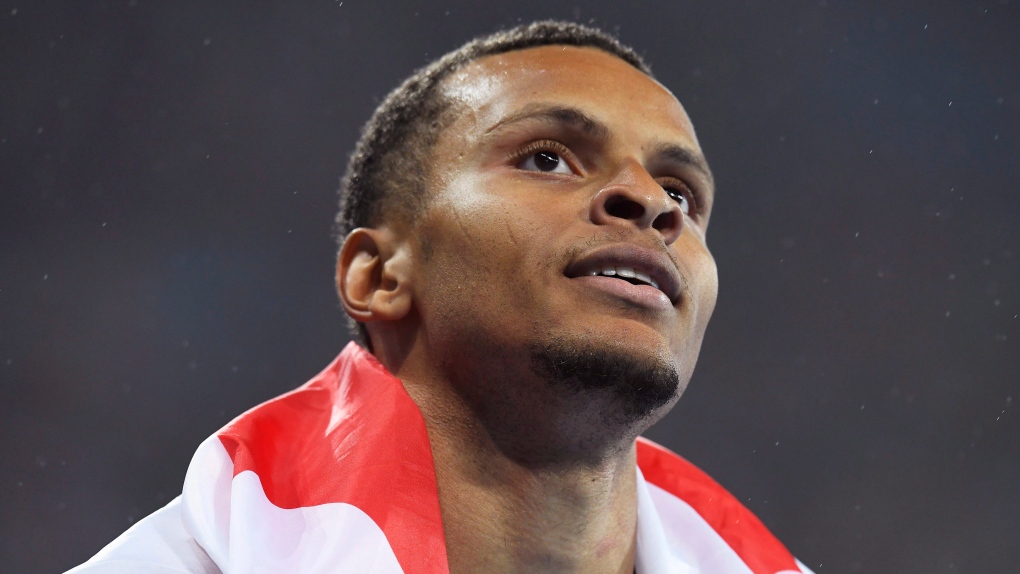 TORONTO -- The summer of 2015 was jam-packed with thrilling Canadian sports performances.

Sprinter Andre De Grasse was becoming a household name, racing to two victories at the Pan American Games in Toronto. High jumper Derek Drouin was soaring to a world gold medal. Canada's women's rugby team was thumping the competition en route to winning the Pan Am Games. And the national men's field hockey team was securing its ticket to the Rio Olympics.

In an Olympic quadrennial, Year 3 is perhaps the most important. And this sizzling summer promises more of the same.

From the FIFA women's World Cup to the Pan Am Games in Lima, Peru, 2019 marks a chance for athletes to gauge their performances against the best on the planet, get some big Games experience, and even punch their ticket to Tokyo.

"The relevance of the number of top threes, top fives, top eights that we as a nation are able to acquire in 2019 really gives us a pretty good litmus test on how are we going to perform in 2020 in Tokyo in both the Olympic and Paralympic Games. Coupled with that there are the intricacies of all of the qualification processes that are happening, particularly in the team sports."

De Grasse and Drouin helped Canada to eight medals at the 2015 world track and field championships in Beijing, a year before the team captured six at the Rio Olympics.

"(This summer) is very important," said Athletics Canada's head coach Glenroy Gilbert. "We operate on the importance of a world championship as well as an Olympic Games, so those two benchmark events are always key for us, within the quad. So, it's important that we get more athletes in the top eight, more athletes getting into finals as well as on the podium."

The Canadian Olympic Committee, which in conjunction with OTP will carefully track Canadian athletes this summer, is projecting a large team -- some 540 strong -- at this summer's Pan American Games, which will serve as a direct Olympic qualifier for as many as a dozen sports.

Canada can clinch Olympic berths in numerous team sports, including men's basketball this summer. Myles said Canada could field as many as 10 teams in Tokyo, which would top its record of nine in 1976 in Montreal. Canada had five in Rio (women's soccer, rugby and basketball, and men's volleyball and field hockey).

"That's quite exciting actually," Myles said. "The impact of the teams in Rio, the team is so close but when there are team sports, there's a little something special that everybody gets behind and it just drives the synergy in the village and around the team, and I would say back home in the country, too."

Here are some of the biggest events to watch this summer:

The Pan Am Games will feature some 6,700 athletes from 41 countries of the Americas competing in 39 sports -- six more than the 2020 Tokyo Olympics. They're one of the biggest events for Olympic athletes, both as a chance for athletes both to gain major Games experience and to gauge themselves against top competition a year out from Tokyo. It's also a key Olympic qualifying event for 23 sports, some of them directly such as field hockey and water polo -- win and you're in -- and some indirectly.

Canada fielded a team of 723 athletes at the 2015 Pan Ams in Toronto, the biggest Canadian squad for any multisport event. Canada finished second behind the United States with 219 medals.

The world championships are the most prestigious and important event for track and field outside the Olympics. Canada will be in the hunt for medals after a series of events -- injuries that sidelined De Grasse and Drouin, and a norovirus that swept through the Canadian team hotel -- kept the team off the podium in 2017 in London.

The distance races are scheduled for late at night, including the "Midnight Marathon," to avoid the intense heat in the Persian Gulf state.

Divers and swimmers produced eight of Canada's 22 medals at the 2016 Summer Games, so the world aquatic championships will be an indicator of how successful Canadians might be in the Tokyo pool.

Canada captured seven medals at the 2017 world championships, four in swimming and three in diving.

The Canadians will be gunning for their first World Cup medal after a disappointing showing in front of the home crowd in 2015. Canada was dispatched 2-1 by England in the quarterfinals at B.C. Place Stadium. The Canadian women have had better success at the Olympics, claiming their second consecutive bronze medal in 2016 in Rio.

Canada qualified for the World Cup when it blanked Panama 7-0 in the semifinals of the CONCACAF women's championships. They outscored their opponents 24-1 in the tournament in the U.S. before dropping a 2-0 decision to the defending World Cup champion Americans in the final.

The Canadian men booked their World Cup ticket with a 94-67 rout of Brazil earlier this month. The Canadians haven't played in the World Cup since they went 0-5 to finish 22nd in the 24-team tournament in 2010 in Turkey. The 32-nation World Cup is the main qualifier for the 2020 Tokyo Olympics. The top eight teams including host Japan, plus the top two teams from each of the Americas and Europe, and the top team each from Africa, Asia and Oceania earn Olympic berths.

Exactly who will suit up for Canada is already being hotly debated. Canada has an abundance of talent including 11 Canadians on NBA rosters, two more on NBA two-way deals, an incoming NBA rookie class led by R.J. Barrett, plus solid players abroad such Kevin Pangos, Melvin Ejim and Phil Scrubb.

Canada has never missed out on rugby's global event, but just getting there this time was a huge challenge. They were relegated to a last-ditch repechage after losing series against the U.S. and Uruguay.

But the Canadians became the 20th and final team to qualify for the World Cup, booking their ticket with a 27-10 win over Hong Kong that completed a perfect run at a last-chance qualifying tournament. Canada defeated Kenya and Germany earlier at the four-team repechage tournament.

Canada had a rough outing at the 2015 World Cup, going 0-5 to finish lost in its pool. The Canadians face a tough schedule in Japan, after they were slotted into Pool B alongside top-ranked New Zealand, No. 5 South Africa, No. 14 Italy and No. 23 Namibia.