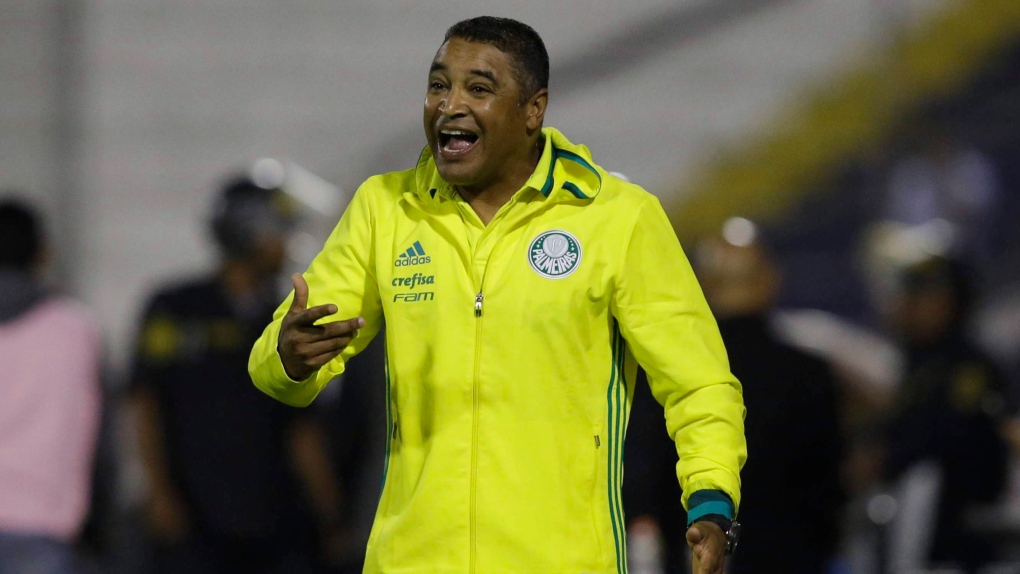 Marcao's Fluminense beat Roger Machado's Bahia 2-0 at the Maracana stadium but the result took second place to the identical jerseys worn by the coaches throughout the game in support of an anti-racism campaign.

The Observatorio da Discriminacao Racial no Futebol -- a non-profit group based in Porto Alegre, southern Brazil -- has monitored cases of racism and promoted educational initiatives in Brazilian soccer and beyond since 2014.

The jerseys were black with an open hand making the stop sign.

"We should not get so much repercussion for two great black coaches on the touchline, playing leadership roles on the pitch," Machado said. "Today we see women in sport, but how many black women are in the media talking about sport? If there is no prejudice, what is the answer to that?"

"My position as a black man in soccer's elite confirms (there is prejudice)," the 44-year-old Machado said. "The biggest prejudice I face is not the insults. I feel there is racism when I go into a restaurant and I am the only black man. I was the only black in my class in college. That is proof for me."

Machado added: "If there is no prejudice in Brazil, why do blacks spend less time in school than whites? ... Why do blacks get paid less? ... There are several kinds of prejudice."

Fluminense's coach called his meeting with Machado a landmark and focused on the situation in Brazilian soccer management.

"Have we ever had more than three black coaches in Brazil's Serie A and B at the same time? I doubt it. What we did today is little, very little, but we will take this as a mark for change," Marcao said. "Our market is still very closed, it is in a vicious circle with one coach leaving and being replaced by the same person that was there before. That needs to change."

Jorge Luis Andrade was the last black coach to win the Brazilian championship with Flamengo in 2009, but the 62-year-old has not coached any top-flight teams since then.

Bahia is eighth in the Brazilian championship after 25 matches, and Fluminense is 13th.