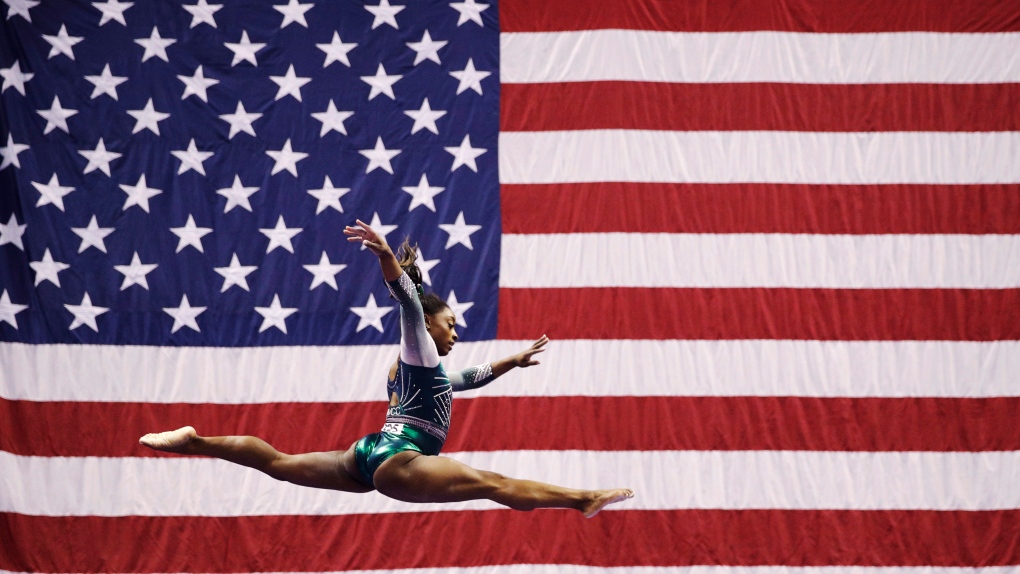 INDIANAPOLIS -- The dread was familiar. The fear, too. They gripped MyKayla Skinner shortly after she decided to return to elite gymnastics last summer.

Skinner wasn't worried about recapturing the skills that made her an alternate on the 2016 U.S. Olympic team. A standout college career at Utah not only rekindled her love of the sport but served as a form of self care, the hyper intense pressure of performing for former national team co-ordinator Martha Karolyi replaced by the sense of joyousness she felt competing for the Utes.

That feeling of safety vanished as Skinner prepared for her first national team camp since deciding she would make a run at the 2020 Olympics.

She'd watched her friends and former teammates come forward to admit in open court they'd been abused by former national team doctor Larry Nassar, now serving what amounts to a life sentence for sexually assaulting gymnasts with his hands and possessing child pornography.

She kept an eye on USA Gymnastics as it stepped on one land mine after another in the aftermath as the lawsuits piled up and its role as the sport's national governing body became tenuous at best. And while the organization believes it has taken positive steps to emerge from the rubble, Skinner wondered what was real and what wasn't. She texted friend and reigning Olympic champion Simone Biles in hopes of finding clarity, worried about a bait and switch.

"I was like, 'I'm so scared to come to camp. Like, how is it with all the changes, new coaches and everything?" Skinner said.

Biles, a Nassar survivor who has embraced her role as the the sport's most influential voice since rocketing to stardom following her golden run at the 2016 games, assured Skinner the vibe had shifted.

Sitting in a small conference room this week while preparing for the first national team camp of 2020, the Olympics just seven months away, the 23-year-old recently married Skinner admitted she's still adjusting to the "new" USA Gymnastics.

"It's just so weird coming into the gym and not feeling like, you know, 'I'm going to die,"' she said. "Before it was like, 'I've got to hit that routine or I'm going to get yelled at.' So it's just been really nice to kind of relax a little bit and be able to really focus on gymnastics and get to enjoy it more."

There is a sense of lightness during practices that was hard to come by during Karolyi's hugely successful but strident tenure. The athletes no longer end each workout by lining up in order of height and offering a robotic, monotone "thank you" to the staff. Upbeat music plays as they stretch. They talk openly and animatedly while waiting for their turn at each event, a decided departure from the near silence that was commonplace -- and perhaps symbolic -- of Karolyi's authoritarian leadership style.

It's one of the reasons Biles is "optimistic" about USA Gymnastics' future. When asked why, her words sounded conciliatory even as her tone suggested she has no plans to stop calling out the powers that be when the moment requires.

"I feel like they're working towards the right direction," Biles said. "But there are still a lot of unanswered questions that a lot of us as survivors and as the community around us need. But for the most part, in the gym and what we do as a team, that's going good."

That wasn't always the case under Karolyi. At turns brilliant and brutal, Karolyi's near total control over the women's elite program turned it into a powerhouse even as it left its athletes at times feeling powerless, the most decorated gymnast in the history of the sport included.

"With Martha you really feared (her) because she held your whole career in her hand," Biles said. "And now I feel like you're a little bit more forgiven because it's such a hard sport and mistakes will be made but it's how you rise from them and to learn to not do it again."

A lesson USA Gymnastics itself is attempting to learn itself as it tries to recover from the largest sexual abuse scandal in sports history. The changes it has instituted since the summer of 2017 are both obvious and subtle.

It moved training centres twice, from the Karolyi Ranch in Texas -- a decision reached only after Biles expressed outrage about possibly returning to a place she associated with Nassar's behaviour -- to Evo Athletics in Bradenton, Florida, to The Gymnastics Company in suburban Indianapolis.

The rustic cabins at the remote ranch tucked into the Sam Houston National Forest have been replaced by hotel rooms near an interstate, a Starbucks and fast food restaurants. Coaches and athletes are prohibited from being alone together during trips to and from national team camps, forcing some to ride share or carpool upon arrival.

Perhaps most telling, the training tables inside The Gymnastics Company are situated right in the middle of the massive steel-structure, not tucked away in a corner.

Those days are over.

During practice on Monday evening, Annie Heffernon, vice-president of the women's program, sat at a table with Kim Kranz, the organization's first-ever vice-president of athlete health and wellness. President Li Li Leung, a former collegiate gymnast who came over from the NBA last spring, quietly walked among them, making small talk as she went. Forster -- as approachable as Karolyi was aloof -- gave the coaches a brief talk and then offered more smiles in 15 minutes than Karolyi did in a given year.

While gymnasts are still rewarded during camps for their performance, national team staff members now have the ability to honour an athlete for things that have nothing to do with chasing perfection.

"It could be an attitude, it could be sportsmanship," Forster said. "It could be that they came back after that fall and did great. It's not based on 'this one's the best, we have to acknowledge her."'

The organization has stressed the need for open communication. The members of the 2019 world championship team were asked to fill out a survey after the competition and share their thoughts on what worked and what didn't. The same is done after team camps.

"They can complain about anything and anyone that they want to," Forster said. "They can make it anonymous if they choose or they can say, `Hey I want feedback, or 'This is me, and I want to hear from you.' They can do whatever they wish."

Measuring any progress is tricky. The organization that long served as the gold standard for the U.S. Olympic movement has lost the benefit of the doubt. Even as it tries to prove how it has evolved over the last three years, the reality is things remain complicated.

Two coaches currently under investigation by U.S. SafeSport attended the camp with their athletes this week. Mediators are still trying to work through the bankruptcy petition USA Gymnastics filed in 2018 as a last-ditch effort to avoid decertification by the USOPC. Nassar survivors continue to call for the organization's dissolution. Money is tight as sponsors wait for the legal process to play out. When the organization started placing equipment inside The Gymnastics Company, it had staffers do most of the lifting rather than hire professional movers.

All of which leaves the young women vying for an Olympic spot in an awkward position.

Most of the gymnasts in the senior elite program have no connection to Karolyi or Nassar, who was dismissed in the summer of 2015. Yet they find themselves serving as a beta test of sorts on whether the culture shift the organization is trying to bring about is actually happening.

Each of the 15 gymnasts interviewed by The Associated Press this week said they feel they have the freedom to express themselves without fear of retribution. Each believe their mental and physical health and safety is considered important. All of them, however, talked with a coach or a member of the USA Gymnastics staff within earshot.

It's a lot for group of teenagers and 20-somethings to carry around. Yet it doesn't appear overwhelming. When Grace McCallum inadvertently sailed off the uneven bars during training on Tuesday morning, her group broke out into laughter -- McCallum included -- as the two-time world championship medallist picked herself up off the mat.

Yet it was just one moment during one practice that happened to be conducted in front of reporters, photographers and video crews. Whether any of this new approach actually sticks will depend on what happens when the cameras aren't around.

Much like the sport itself, the process will take dedication, discipline and the ability to address mistakes honestly. Two-time Olympic medallist Laurie Hernandez, however, is hopeful it can be done. She went nearly 3 1/2 years between national team camps after winning gold and silver in Rio. The difference between then and now is jarring. In the best way.

"Now we can truly enjoy each other's company while just relaxing and enjoying our gymnastics," Hernandez said. "That says a lot about the environment that's being created for us. ... it's going to take a second. It's not going to happen overnight. It's not like we're going to forget what happened before. But it's getting there."