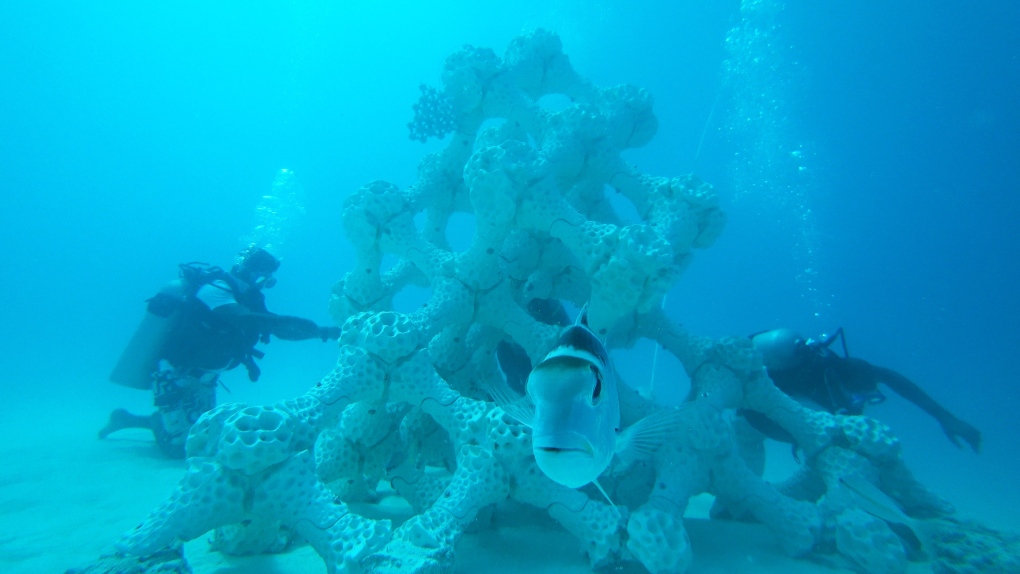 Could 3D printing save the planet's coral reefs? That's the theory behind an experimental project in the Maldives which aims to help coral reefs survive the ravages of climate change and warming waters.

Developed using computer modeling and a 3D printer at a lab in Melbourne, Australia, the artificial reef was designed to resemble reef structures typically found in the Maldives.

Printing the 3D moulds took 24 hours. They were then cast in ceramic, an inert material similar to the calcium carbonate found in coral reefs, explains industrial designer Alex Goad of Reef Design Lab.

The moulds were shipped to the Maldives, filled with concrete, assembled on-site at Summer Island and then submerged seven meters below the surface. Live coral was then transplanted within the artificial reef, where it's hoped that within two to three years, it will grow and colonize the structure.

With global warming, bleaching and environmental pollution, it's hoped that 3D printing technology can offer a new way of saving the corals.

"The technology allows us to mimic the complexity of natural reef structures, so we can design artificial reefs that closely resemble those found in nature," said Goad in a statement.

"We hope this will be a more effective way of growing and restoring corals."

Watch how the artificial reef was assembled below.