Two defunct satellites will come close to colliding over the U.S. 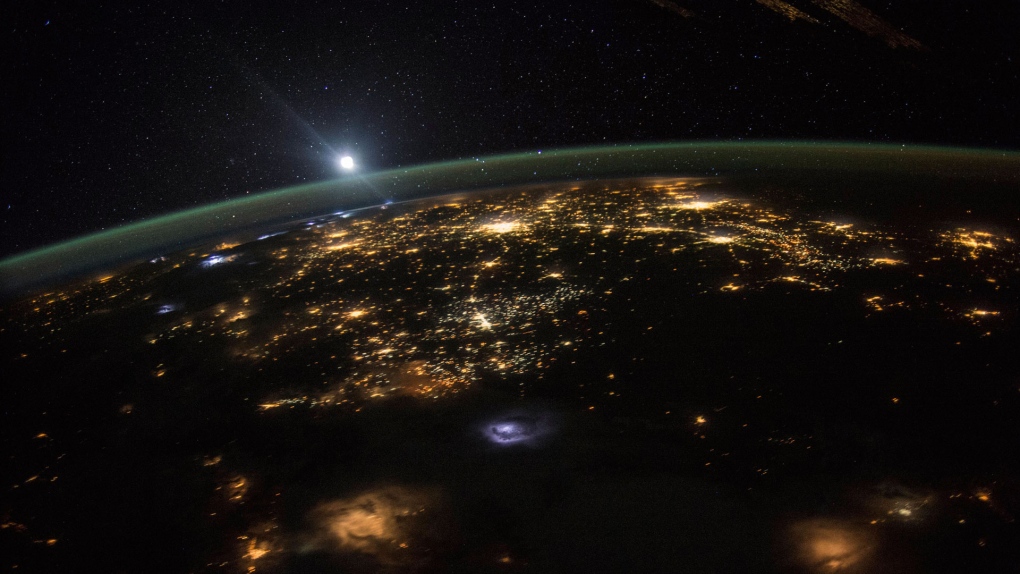 This Aug. 10, 2015 photo made available by NASA shows a sunrise from the vantage point of the International Space Station, about 220 miles above the surface of the Earth. (Scott Kelly/NASA via AP)

There is a possibility that two inactive satellites currently in low Earth orbit will collide on Wednesday above the U.S., according to space debris tracking service LeoLabs.

If the two satellites crash into each other, the collision will result in thousands of pieces of small space debris which will pose a massive risk to other satellites in space.

LeoLabs tweeted Monday that astronomers are monitoring the close approach of two decades-old satellites which will come within 13 to 87 metres of each other at 6:39 p.m. EST. There is a 1 in 1,000 chance that the two will collide.

While 1 in 1,000 sounds very unlikely, that probability poses an extremely high risk in the space industry. Jonathan McDowell, an astronomer at the Harvard-Smithsonian Center for Astrophysics, told CNN that the likelihood of the satellites colliding is "extremely alarming."

The large size of the satellites combined increases the possibility of a collision, according to LeoLabs.

The two inactive satellites include NASA's IRAS space telescope which was launched in 1983 and the experimental U.S. Naval Research Lab spy satellite GGSE-4, launched in 1967.

The satellites will pass by each other Wednesday evening about 559 miles above Pittsburgh, Pennsylvania, at nearly 33,000 miles per hour. Since both satellites are dead, astronomers have no way of communicating with them and initiating maneuvers.

"This kind of information signifies the rapid commercialization and expansion of the international community into space," LeoLabs CEO Dan Ceperley told CNN.

"There are today more than 60 space agencies, rapidly expanding space sectors in countries like New Zealand, and it's important that this community develop the best practices to create a sustainable economy that lasts for generations to come."

Why it's really bad news for space

"The worry is that we'll start seeing a chain reaction where all the satellites kill each other with shrapnel and space becomes unusable," McDowell told CNN.

"People need to care about this because we depend on space for a lot of things nowadays, so even if you never go to space you're using space technology, with things like GPS, internet, and satellite communications. So there's a lot of concern."

McDowell compared the collision to a one ton truck hitting a person at 100 miles an hour; if the satellites were to collide, it would result in "100,000 times more energy than that."

Because of the enormous amount of energy involved, if the satellites touch each other, a hypersonic shock wave will go through them both, reducing them to debris which is then spread out to their orbits.

While the debris will not reach Earth, it will pose a risk to other satellites in space, increasing the likelihood of additional collisions which will make it difficult to launch satellites and run space operations.

There are currently 250,000 pieces of debris in low Earth orbit, Ceperley told CNN. This debris remains in orbit for decades, and even centuries.

"It's just like the oceans. Humans started off thinking 'this is big and empty, we can throw any rubbish we like in it and it'll never be a problem,'" McDowell said. "It's only when things get really bad and almost too late to fix that we start getting worried."

While everyone can hope that the two satellites will pass each other without colliding, if they do, we'll have a lot more junk to clean up in space.