Scientists say quarter of all pigs could die of swine fever 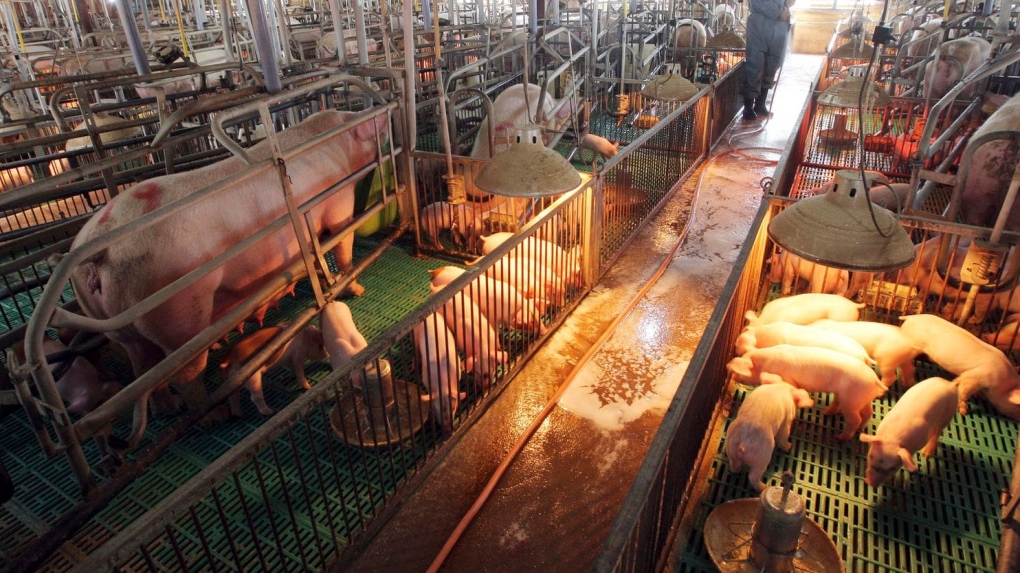 SYDNEY — Around a quarter of the world’s pigs are expected to die from African swine fever as authorities grapple with a complex disease spreading rapidly in the globalization era, the World Organization for Animal Health’s president said Thursday.

A sharp reduction in the world’s pig population would lead to possible food shortages and high pork prices, and it might also cause shortfalls in the many products made from pigs, such as the blood-thinner heparin that’s used in people, said Dr. Mark Schipp, the organization’s president.

The disease’s spread in the past year to countries including China, which has half the world’s pigs, had inflamed a worldwide crisis, Schipp told reporters at a briefing in Sydney.

African swine fever, fatal to hogs but no threat to humans, has wiped out pig herds in many Asian countries. Chinese authorities have destroyed about 1.2 million pigs in an effort to contain the disease there since August 2018.

The price of pork has nearly doubled from a year ago in China, which produces and consumes two-thirds of the world’s pork. And China’s efforts to buy pork abroad, as well as smaller outbreaks in other countries, are pushing up global prices.

“There are some shortages in some countries, and there’s been some substitutions using other sources of protein, which is driving up the prices of other proteins,” said Schipp.

Progress had been made toward a vaccine, but Schipp, who is also Australia’s chief veterinary officer, said the work was challenging because the virus itself is large and has a complex structure. He said a big step forward was the announcement last week that scientists had unraveled the 3D structure of the virus.

African swine fever is spread by contact among pigs, through contaminated fodder and by ticks. It originated in South Africa and appeared in Europe in in the 1960s. A recent reappearance in western Europe came from wild pigs transferred into Belgian forests for hunting purposes.

Its capacity to spread rapidly is shown by its spread from China in the past year, Schipp said. Mongolia, the Korean Peninsula, Southeast Asia and East Timor have had outbreaks as well.

He said the spread reflects the global movement of pork and of people but also the effect of tariffs and trade barriers, which sends those obtaining pork to seek out riskier sources. And Schipp said quality control was difficult for products such as skins for sausages, salamis and similar foods.

An emerging issue in the crisis is a potential heparin shortage, Schipp said.

“Most of it is sourced from China, which has been badly hit. There are concerns that this will threaten the global supply of heparin,” Schipp said.

He praised China’s efforts to battle the disease and said the outbreaks would change the way pigs are raised.

“In China, previously they had a lot of backyard piggeries. They’re seeing this as an opportunity to take a big step forward and move to large scale commercial piggeries,” Schipp said. “The challenge will be to other countries without the infrastructure or capital reserves to scale up in those ways.”