Platypus 'on the path to extinction,' new study warns 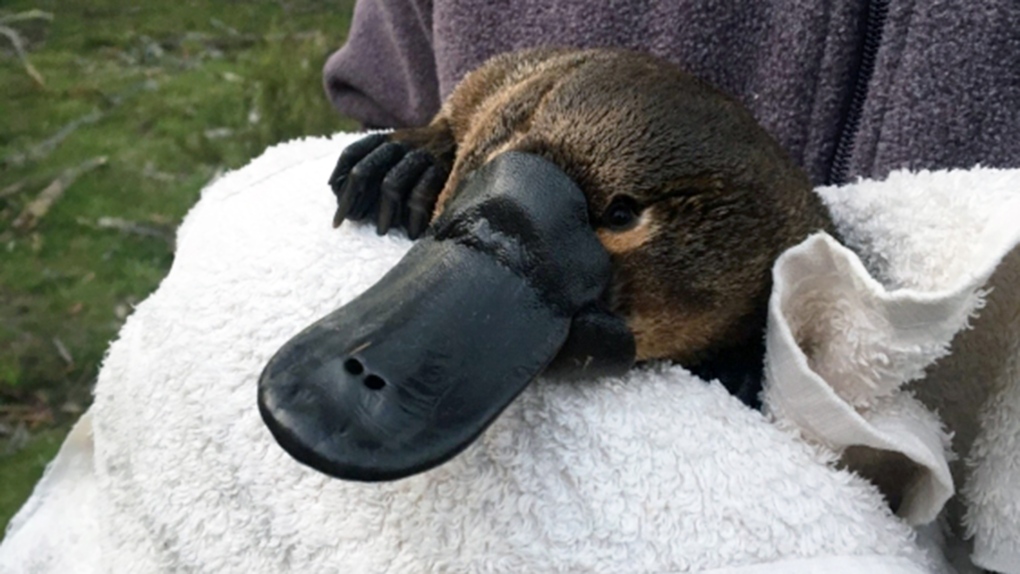 A new study warns that the platypus population will be halved by 2070 unless action is taken to protect it from the effects of development and climate change. (Tahnael Hawke / University of New South Wales)

TORONTO -- One of Australia's most iconic animal species could face extinction unless action is taken to protect it from the effects of development and climate change, a new study warns.

Researchers forecast that the total platypus population will be halved by 2070 under current climate and development conditions. If climate change plays out as expected, with extreme drought conditions becoming increasingly common, the losses will be even more severe.

This is the latest sign that the unorthodox, duck-billed mammal is "on the path to extinction," the researchers said Monday in a press release from the University of New South Wales (UNSW).

That path began more than 200 years ago, thanks to Europeans arriving in the country and hunting them for their pelts, and has continued ever since. UNSW researchers recently spent three years tracking the platypus population since colonization began, concluding that declines since then had been "severely underestimated" in previous studies, leading them to "great concerns about the future survival of this unique species."

They noted that in 41 per cent of known platypus environments, not a single sighting of the animal was recorded during the 2010s. The new study suggests that this trend will escalate, with platypus populations being wiped out from 40 per cent of their current range within the next 50 years.

Platypuses are considered unique in the animal kingdom for their unusual combination of physical characteristics, including their duck-like bills, venomous appendages on their hind legs and fur coats.

They are currently listed as endangered in South Australia, but have no special protections in any other states. The International Union for Conservation of Nature (IUCN) dubbed the species "near-threatened" in 2016, putting it in the same category as thousands of others including the tiger shark, Gila monster and piping plover.

The researchers say platypuses' general lack of clear and present endangerment should not be taken as a sign that their future is secure.

"Even for a presumed 'safe' species such as the platypus, mitigating or even stopping threats … is likely to be more effective than waiting for the risk of extinction to increase," co-author Brendan Wintle, of the University of Melbourne, said in the press release.

"We should learn from the peril facing the koala to understand what happens when we ignore the warning signs."

The IUCN puts koalas one step closer to extinction than platypuses, categorizing them as vulnerable to extinction. The Australia Koala Foundation conservation group claimed last year that the animals are now "functionally extinct," with only 80,000 remaining in the wild, but this assertion has been widely disputed.

Platypuses and koalas aren't the only quintessential Australian animals facing long-term danger. Purebred dingoes are classified as pests, allowing them to be hunted and shot, while a variety of species faced the possibility of being wiped out altogether as bushfires tore through Kangaroo Island this month.

Actions that should be taken in order to preserve platypus populations include stepping up conservation efforts around monitoring, habitat management and threat mitigation, the authors said. The primary threats to platypuses come from human interaction with their habitats, as dams can stop them from moving, fishing nets can trap them and agricultural activity can destroy their burrows.

The study was published Jan. 9 in the journal Biological Conservation.