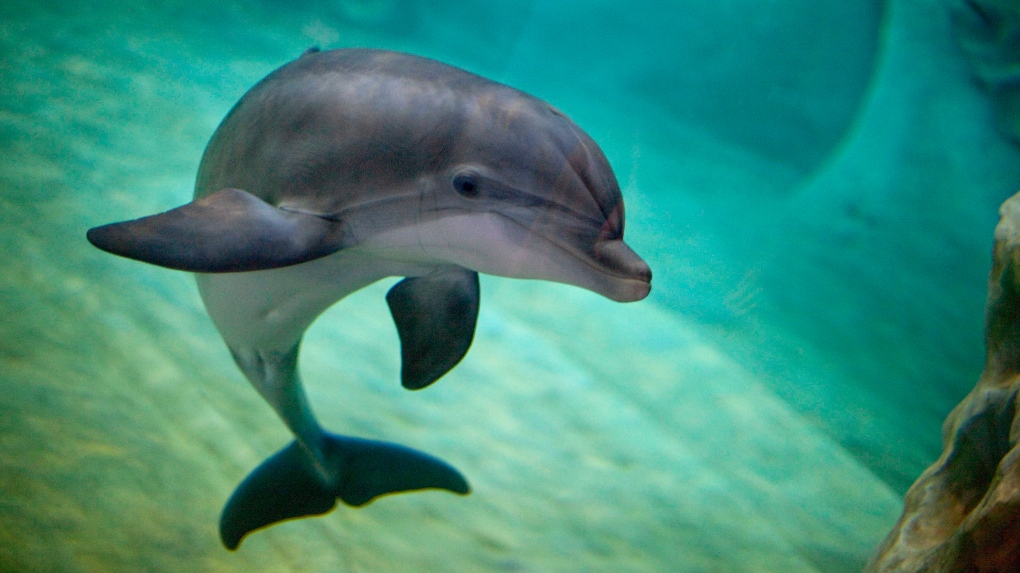 Microplastics were present in each of the 50 dolphins, whales and seals tested in a new U.K. study. (AP Photo/David Goldman)

All of the dolphins, whales and seals examined in a new U.K. study had ingested microplastics, said researchers at the University of Exeter.

Of all the different fibres and fragments found in 50 marine mammals studied, the most prevalent type was blue or black nylon, according to the research published in Scientific Reports.

“It’s shocking -- but not surprising,” lead author Sarah Nelms, of the University of Exeter and Plymouth Marine Laboratory, said in a statement.

The researchers emphasized that the work is preliminary and they were unable to draw any scientific conclusions from the data. The microplastics were very small (less than 5 milimetres) and very few (an average of less than six particles in each), which lead researchers to suggest that the microplastics may be “ubiquitous but transitory.” In other words, the fibres are likely everywhere but don’t stay in the animals’ systems for long.

“We are at the very early stages of understanding this ubiquitous pollutant,” University of Exeter Prof. Brendan Godley said. “We now have a benchmark that future studies can be compared with.”

“This study provides more evidence that we all need to help reduce the amount of plastic waste released to our seas and maintain clean, healthy and productive oceans for future generations,” said Dr. Penelope Lindeque, Head of the Marine Plastics research group at PML.

The manufacture and import of microbeads, a type of microplastic used in toiletry products, has been prohibited in Canada since July 2018.