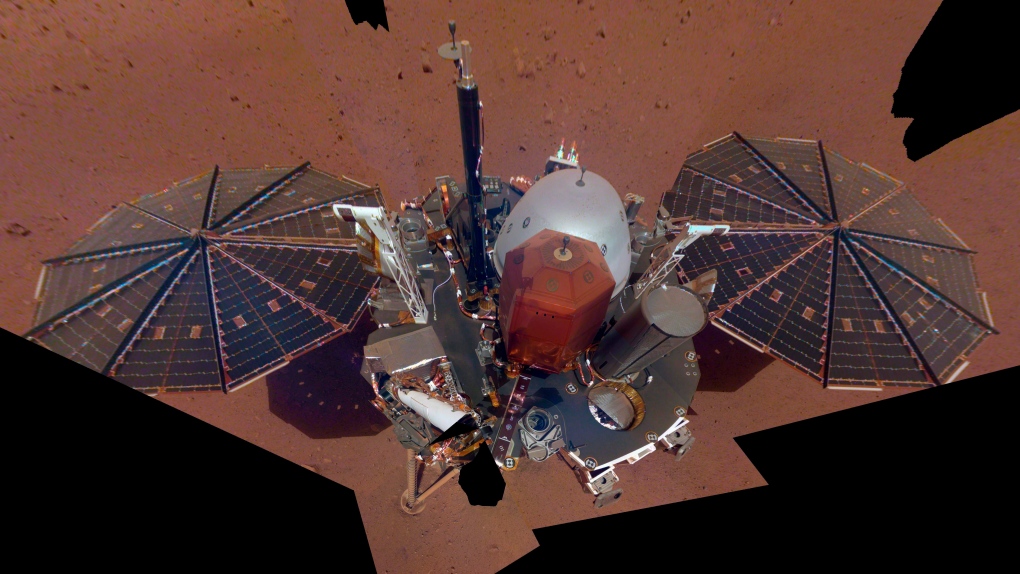 This Dec. 6, 2018 image made available by NASA shows the InSight lander. (NASA via AP)

The German drilling instrument on the InSight lander struck what appeared to be a couple of stones. It only managed to burrow between half a foot (18 centimetres) and about 1 1/2 feet (50 centimetres), far short of the first dig's goal, said the German Aerospace Center.

The hammering device in the "mole" was developed by the Astronika engineering company in Poland.

"This is not very good news for me because although the hammer is proving itself ... the Mars environment is not very favourable to us," said the company's chief engineer, Jerzy Grygorczuk.

Over time, the team is shooting for a depth of up to 16 feet (5 metres), which would set an otherworldly record. The lander is digging deep to measure the planet's internal temperature.

The spacecraft already has a seismometer on the surface, listening for potential quakes. The lander is stationary, but has a robot arm to manoeuvr these two main experiments.