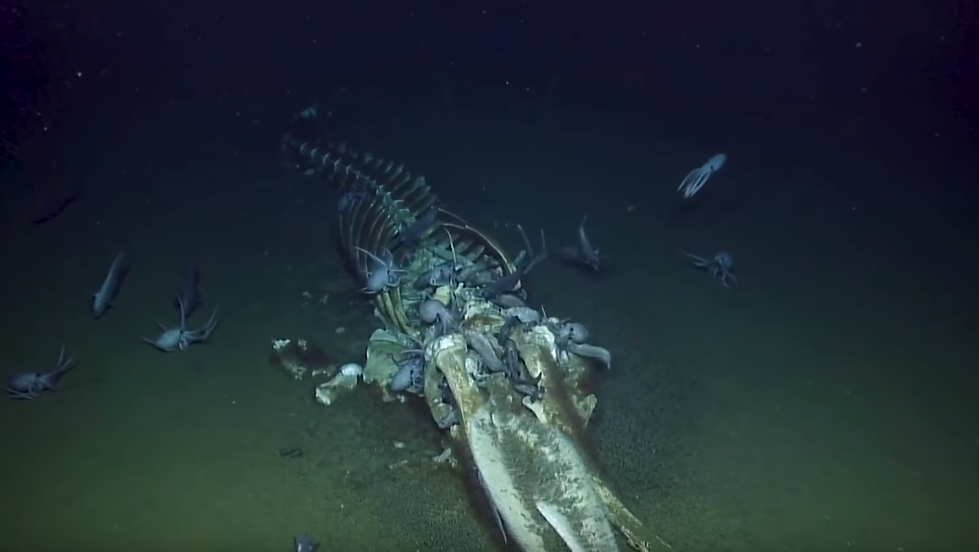 TORONTO -- Deep-sea research vessel the Nautilus discovered a “whale fall” being consumed by octopuses and other deep sea creatures on their last dive of the season off of California’s coast.

The Nautilus is an ocean exploration vessel operated by the Ocean Exploration Trust that employs two remotely operated vehicles to explore the seafloor according to their website.

Interested viewers can watch several livestreams of the exploration vessel, and can send questions to the crew online through the Nautilus expedition homepage.

The crew was exploring Davidson Seamount, an underwater volcano, with researchers from Monterey Bay National Marine Sanctuary Wednesday when they discovered the carcass of a 4- to 5-metre baleen whale on the sea floor during their live stream.

A medley of deep sea creatures was feeding off the “whale fall,” including octopuses, crabs and a species of worm which consume fat and oils from the bones.

The discovery was made during a five-day expedition, running from Oct. 13 to Oct. 18, to revisit and study an “octopus garden” that was found in the Davidson Seamount area.