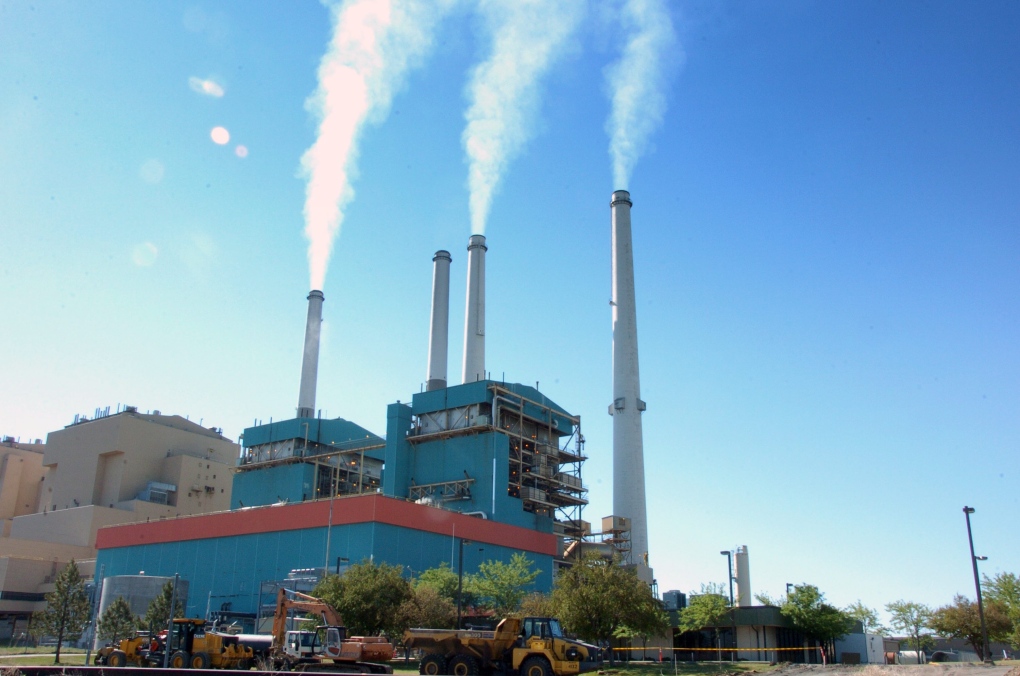 The study, released Thursday from the Canadian Centre for Policy Alternatives and West Coast Environmental Law, joins a growing body of research considering how the law might be used to recoup the costs of climate change from companies that contribute to it.

"That gives us some assurance that we're onto something " said Michael Byers, co-author and professor of international law at the University of British Columbia.

"It's one of many reports in many different countries which collectively indicate that this is an issue that should be of concern."

One international think-tank put the 2010 global cost at $591 billion. In Canada, the National Roundtable on the Environment and the Economy has said climate change will cost $5 billion annually by 2020.

Scientists are also honing in on the sources of greenhouse gases. Published research has narrowed down the source of two-thirds of all carbon emissions from 1854-2010 to 90 private and state-owned corporations, five of which are Canadian -- Encana, Suncor, Canadian Natural Resources Ltd., Talisman and Husky.

"It's very clear scientifically there is a cause of climate change and there is damage," said Byers. "Once you have those two elements and you have two separate parties, you have the basis for a civil action."

It's not quite that simple, said Michael Gerrard of the Climate Change Law Centre at New York's Columbia Law School.

"One company may drill for oil, another company may refine it, and then it goes into automobiles that are manufactured by a third set of companies, then it's burned by all of us in our cars. Every step along the way is legal -- at what step do you attach liability? Who is misbehaving?"

Four U.S. lawsuits have been launched trying to win damages for climate change and all have failed, said Gerrard. All those courts ruled that dealing with greenhouse gases is a matter for elected politicians, not judges.

Byers acknowledges there's a long way to go before climate change liability is accepted in Canadian courts. The more immediate risk is judgments in foreign courts with different legal traditions, he said.

"A judgment handed down in such another country could well be enforced in Canada, as occurs quite frequently," he said.

The Supreme Court of Canada is currently considering whether it will enforce a $9-billion judgment rendered against oil giant Chevron in an Ecuadorian court.

Byers' research found a half-dozen countries around the world -- including Japan, South Africa, Israel and Brazil -- have legal mechanisms that might allow climate change lawsuits to go ahead. Some have constitutional guarantees of the right to a healthy environment.

"The standard rule is that if there is a debt, that is enforceable in another country provided that the enforcing court finds that there is legal compatibility between the two legal systems," said Byers.

Nor is it impossible that Canadian lawsuits could be launched, he said. Class-action lawsuits against tobacco companies are an example of how the legal system found ways to establish liability where the specific cause of the damage is diffuse.

"It is forseeable that governments, faced with rising climate change mitigation costs, may actually adopt new laws enabling them to sue fossil fuel companies for financial contributions to that cost," said Byers.

"It's happened with tobacco. It's something that is forseeable as a risk in the long term."

Two scholars at the University of Calgary are just starting a long-term research project into the legal parallels between tobacco liability and climate change.

"There are certainly differences with the tobacco context, but I think we have been struck with how many parallels there actually are," said law professor Martin Olszynski.

He and his fellow professor Sharon Mascher acknowledge the climate change issue is more complex. Energy company liability may result from insufficient efforts to reduce emissions, or from failure to warn customers about the consequences of using the product, they said.

Lawyers are looking for a way, said Byers.

"With potentially multibillion-dollar damage awards, there will be lawyers quite willing to act on contingency.

"They will find foreign courts that are much more receptive to these kinds of cases. If and when they get judgments in those countries, they will then seek to have them enforced in Canada.

"We don't want to over exaggerate these risks. We're simply saying that they exist and they need to be acknowledged and factored into decision-making."