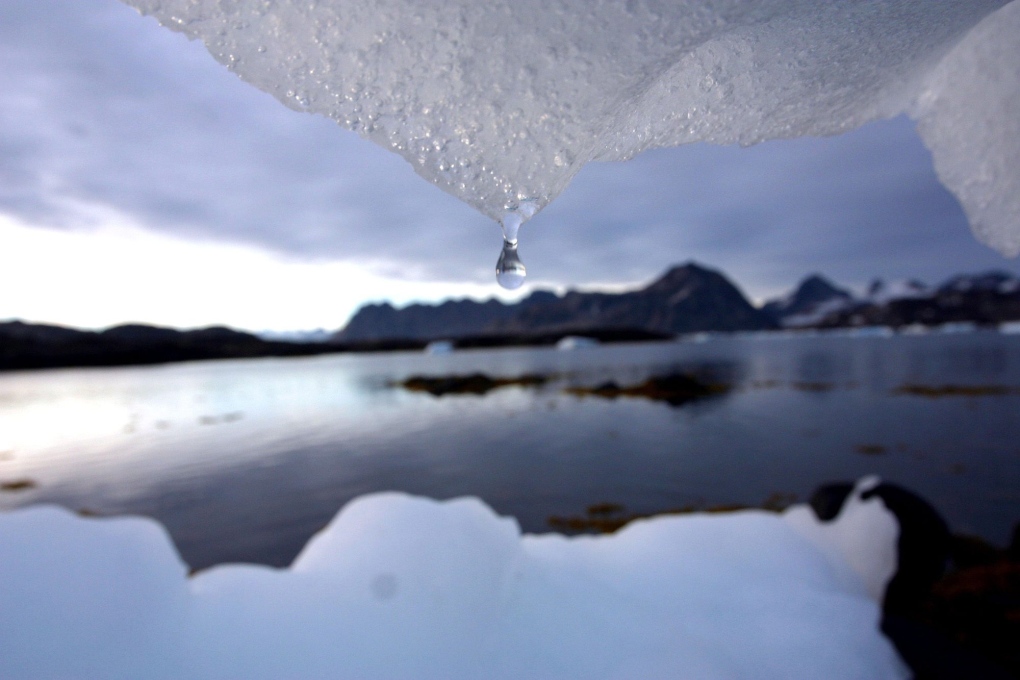 An iceberg melts in Kulusuk, Greenland in this 2005 file photo. (AP / John McConnico)

VANCOUVER -- High school students in Canada may not be getting the full story about climate change, according to a new study by researchers from the University of British Columbia and Lund University in Sweden.

The study analysed high school science textbooks and curricula in all 13 provinces and territories and interviewed people responsible for curriculum design in six provinces.

It found in general, Canadian curricula covers the facts that climate change is happening and that it's caused by humans, but not the strength of the scientific consensus behind climate change, its impacts or solutions.

"That's important because if students don't understand that there are solutions or that experts agree this is a problem that's caused by humans, they're unlikely to be motivated to help solve the problem," said Seth Wynes, a UBC doctoral candidate and the lead author of the study.

"We know that part of the role of science education in Canada as laid out in various provincial documents is to prepare students to be environmental citizens," he added.

The study rated the curricula on six core areas: basic knowledge of the physical climate, rising global temperatures, the human-caused nature of climate change, its negative consequences and the possibility of avoiding the most severe effects of climate change through implementing solutions that reduce emissions from fossil fuels.

The researchers found performance on these key areas varies by province and territory.

Initially, Wynes said he suspected that provinces with a greater presence of fossil fuel industry might have lower coverage of climate change in classrooms. But the study did not reveal a correlation.

In fact, it found that curriculum in Saskatchewan, which has the highest per capita greenhouse gas emissions in Canada and whose emissions have been steadily rising, had the most comprehensive coverage of climate change, followed by Ontario.

"It's an encouraging indicator of how curricula are designed in Canada," said Wynes.

British Columbia covered three of the key areas -- the physical climate, the fact climate change is caused by humans, and its impacts -- and new grade 11 and 12 curriculum is set to be implemented in the coming school year.

Nova Scotia and New Brunswick had the oldest curriculum documents and also the least comprehensive coverage of climate change. The study found mandatory courses only covered the fact the climate is warming.

It also found Manitoba, Newfoundland and Labrador and Prince Edward Island presented human-caused climate change as being up for debate among experts.

There may also be differences in what documents are instructing teachers to teach and what students are actually learning, according to Wynes.

"It can be difficult for teachers if they're in a community where this issue is polarized. On the other hand, there's space for teachers who are passionate about the subject to really dig in deeper and engage students on a higher level," he said.

Teachers need extra support and Canadian curricula may need revision because of the fast-changing nature of the climate crisis, added Wynes.

"Fifteen years ago, there were some things we didn't know. That's going to change the learning objectives and it might also change the amount of focus you're going to put on this subject," he said.

Wynes conceded that the study is limited by its analysis of science curriculum alone, and that other subjects and courses can sometimes incorporate climate change education. But, he said, for the most part, science courses are where climate change is addressed.

Previously, Wynes was a high school science teacher who trained in Ontario and taught in the U.K. and northern Quebec.

"I had a lot of conversations with students and answered their questions about climate change. They often came to me with a lot of misunderstandings," Wynes said, noting some students were concerned about running out of fossil fuels -- unaware that meeting national and global emissions reduction targets means leaving a large portion in the ground.

Wynes was motivated to conduct the study partly by his own experience as a teacher and also by polling from around 2015, which suggested that a large portion of young adults in Canada who were in high school in the recent past weren't that concerned about climate change.

"For this generation, where climate change is going to have such a large impact on their future and is already having an impact on their present, it's really important they understand the fundamental aspects of this problem so they're able to contribute to decisions that are made by society or through actions in their own life," Wynes said.