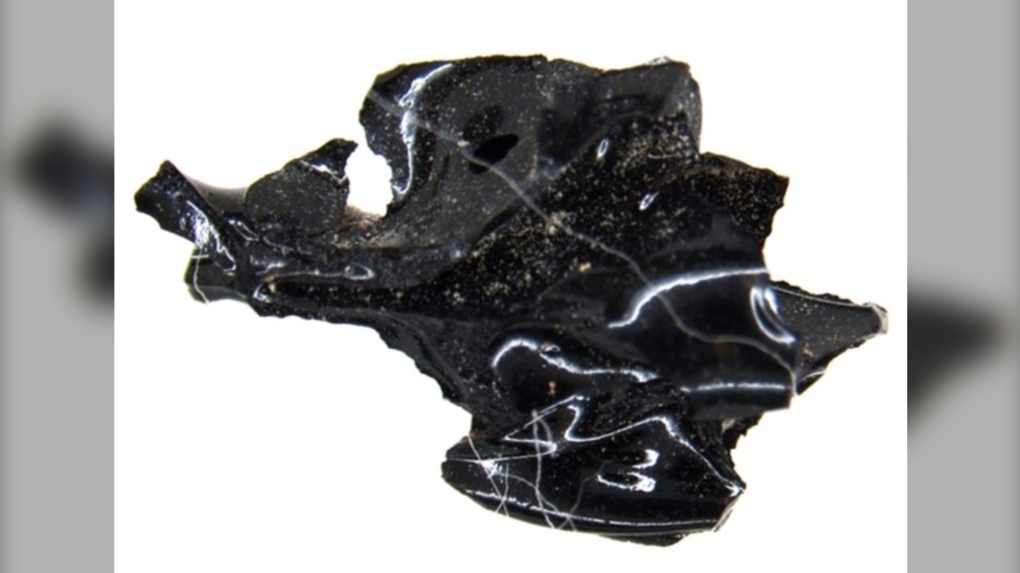 Scholars were intrigued by a curious glassy material found inside one victim's skull. (AFP)

ROME, ITALY -- It looks like a piece of rock - black, shiny and unexceptional.

But Italian anthropologists say the fragment is actually part of an exploded brain from an unfortunate victim of the volcanic eruption of Italy's Mount Vesuvius in AD 79.

The gory discovery - published on Thursday in The New England Journal of Medicine - is a rarity in archaeology, and researchers called the find from the ruins of Herculaneum near Pompeii "sensational".

Scholars who for years have studied the grisly remains of those trapped by ash, lava and toxic gasses when the volcano erupted in southern Italy were intrigued by a curious glassy material found inside one victim's skull.

"In October 2018, I was able to look at these remnants and I saw that something was shimmery in the shattered skull," Pier Paolo Petrone, one of the researchers, told AFP.

Petrone, a forensic anthropologist from the University of Naples Federico II, said he was "pretty sure this material was human brain".

Further analysis by Piero Pucci from the CEINGE advanced biotech centre in Naples confirmed that it did indeed contain bits of proteins and fatty acids from hair and brain tissue.

Herculaneum, named after the Greek god Hercules, was a popular resort town for the rich northwest of Pompeii when Vesuvius erupted. The molten lava covered the city and everything in it 16 metres (50 feet) deep, later solidifying and preserving organic remains.

The man at the centre of the discovery is believed to have been the custodian of the College of the Augustales, centre of the cult of Emperor Augustus. His charred body was discovered in the 1960s inside his quarters, laid out on his wooden bed.

"The high heat was literally able to burn the victim's fat and body tissues, causing the brain to vitrify," the archaeological site of Herculaneum said in a statement.

The discovery was the result of a collaboration between the director of Herculaneum, CEINGE in Naples, and researchers from the University of Naples Federico II and Cambridge University.

Researchers have already managed to uncover family relationships between victims at Herculaneum based on their DNA. Seven women and three men found to be related all came from the Middle East, suggesting that they may have been slaves.

As for the custodian's brain -- it, too, could offer more clues.

"If we manage to reheat the material, liquefy it, we could maybe find this individual's DNA," Petrone said.

"That will be the next step."