Over the course of the SNC-Lavalin scandal, former attorney general Jody Wilson-Raybould laid out conditions for ending the controversy that has dogged the Liberal government for nearly two months, sources say. And now, she says that blowback from the affair could have been entirely avoided had Prime Minister Justin Trudeau apologized for what she says was political interference in a prosecution.

Though, Trudeau says that he tried for weeks to find a way forward and was unable to do so.

“We’ve worked for a number of weeks over the past while to try and come together on a path forward that would restore some of the trust that had been eroded. Unfortunately it was obvious that we weren’t able to do that,” Trudeau said during a media availability in Quebec late Thursday afternoon.

These conversations began when she learned she would be shuffled out of the justice minister and attorney general portfolio, continued after she resigned from cabinet on Feb. 12, and ended shortly before she was removed from the Liberal caucus on Tuesday, sources tell CTV News.

These sources said that after Wilson-Raybould was shuffled out of her role as justice minister in January that she told the prime minister she would stay in cabinet, under certain conditions.

They included firing Trudeau’s top adviser Gerald Butts, Privy Council clerk Michael Wernick and senior legal adviser Mathieu Bouchard. All three were named in her testimony as involved in the sustained and inappropriate pressure she says she faced on the SNC-Lavalin file.

None of that happened, although Butts subsequently resigned and Wernick has announced his upcoming retirement. Both have maintained that they did not act inappropriately and have offered contradicting evidence and testimony to the events as she described. Bouchard remains employed by the Prime Minister’s Office.

Wilson-Raybould also wanted Trudeau to apologize, either publicly or before cabinet. Finally, she wanted assurances that her replacement as justice minister and attorney general, David Lametti, would be directed to not authorize a deferred prosecution agreement (DPA) for SNC-Lavalin, something she denies.

In a statement to CTV News Thursday evening, Wilson-Raybould condemned the leaked information and said she would never interfere in the attorney general’s role.

“I will not respond to leaked information from anonymous sources other than to note the continual and inappropriate use of this tactic,” she said. “But I can say that I have never and would never seek to interfere with the exercise of prosecutorial discretion by the Attorney General of Canada.”

The scandal began unfolding on Feb. 7 when the Globe and Mail reported, citing unnamed sources, that Wilson-Raybould was improperly pressured on the SNC-Lavalin file. Trudeau at the time called the report false, but then during her Feb. 27 testimony before the House Justice Committee, she offered hours of detailed testimony that confirmed that she did feel she was subjected to attempted political interference from senior government officials to grant a DPA rather than having SNC-Lavalin’s criminal trial continue, out of concern for jobs and the Liberal party’s political prospects in Quebec.

Wilson-Raybould continues to maintain that she was acting on her principles and out of an interest in defending the independence of the justice system in Canada.

In an interview with The Globe and Mail published Thursday, Wilson-Raybould said that none of the political storm over SNC-Lavalin would have happened had Trudeau apologized. She said the prime minister “never took responsibility” for trying to politically interfere in the prosecution of the Quebec-based engineering firm that is facing corruption and fraud charges.

“I would have liked all along to have the prime minister come forward and accept some responsibility and to apologize to Canadians for what happened,” Wilson-Raybould told reporters in West Block on Thursday.

Though, Trudeau said he doesn’t think he did anything to apologize for.

“I deeply respect that the former attorney general felt that there was inappropriate pressure put on her. I respect that, but I disagree. I think it’s the job of the government to continue to look for ways to try and protect Canadians and their work,” Trudeau said. 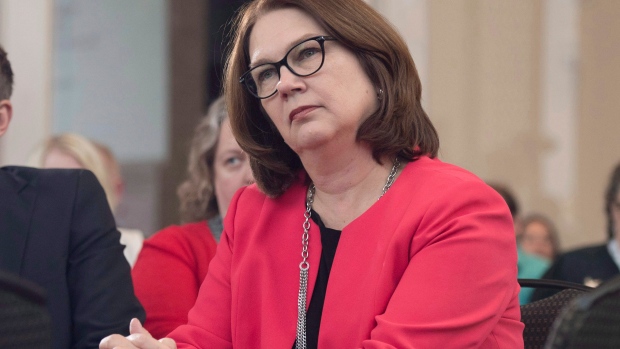 In an interview on CTV’s Question Period, fellow former Liberal cabinet minister Jane Philpott, who was removed by Trudeau alongside Wilson-Raybould, condemned the leaks. She questioned the information provided by the unnamed sources cited in various media outlets about these alleged conditions.

“I think people need to be extremely careful. I’m of course disturbed as to who these sources would be and what their motivations would be for sharing information,” she continued.

In particular she questioned the allegation that Wilson-Raybould wanted to make sure Lametti would not be directed to pursue a DPA.

“That’s a preposterous allegation. Why would the former attorney general spend months ensuring that there was no political interference in this very important criminal case and then turn around and do the opposite?” Philpott said.

Chris Cochrane, a political science professor at the University of Toronto, said it’s “incredibly unusual, probably unprecedented” for a minister to set conditions on staying in cabinet.

“It seems to me that what she was trying to do there was she was trying to reassure herself most of all that she wasn’t shuffled out of her position for defending the decision of a public prosecutor to proceed in a particular way on the SNC-Lavalin case, and given that the prime minister, it would seem, refused to give her assurances that he wouldn’t pressure the next attorney general or that he wouldn’t seek -- through the next attorney general and minister of justice -- to pursue a deferred prosecution agreement for SNC-Lavalin, certainly it would seem to me that her concerns were quite valid,” he told CTV News Channel Thursday.

University of British Columbia law professor and former judge Mary Ellen Turpel-Lafond sees Wilson-Raybould’s conditions as proof she was “standing up for the integrity of the justice system.”

Turpel-Lafond told CTV News Channel Thursday that should Lametti begin pursuing a DPA, despite federal prosecutors already indicating that said SNC-Lavalin did not qualify, then it would be “essentially a validation of what Ms. Wilson-Raybould said.” 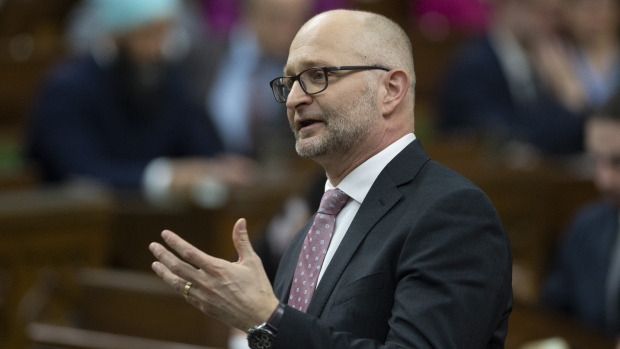 Lametti vows to ‘resist’ any pressure

Commenting on the prospect of being pressured in any direction on the SNC-Lavalin case, Lametti said he wouldn’t comment on any specific case, but that he does receive “routine briefings,” and if anyone tried to “fetter” his discretion as attorney general, the public will hear about it.

“If someone tries to direct me to do anything, the prime minister has never tried to direct me, if someone else tries to direct me then they’ll hear about it from me,” he said, using the word “direct” rather than pressure, a pivot in wording that Trudeau also used in the early days of this scandal, denying he or anyone in his office “directed” Wilson-Raybould.

On Thursday, Trudeau vowed he would stay out of the file.

“The decision to move forward on a deferred prosecution agreement is entirely the choice of the current attorney general. That is something I will not interfere with,” Trudeau said.

Lametti faced questions both on his way into, and during question period on this topic and whether a DPA is still on the table.

“Can the minister of justice assure the House that he will not overrule the decision of the public prosecution [service] for the sake of a wealthy corporation?” asked NDP Leader Jagmeet Singh.

“We’re still in a period in which an appeal of the judicial review decision is possible and therefore Mr. Speaker I will make no pronouncement on this situation with respect to a deferred prosecution agreement,” Lametti responded.

To date, Lametti has not ruled out the possibility of still pursuing a deal with the company, and a memo from the Justice Department has indicated that there could be another way to allow SNC-Lavalin to avoid the potential 10-year ban on bidding on federal contracts if convicted, called a “public interest exemption.”

This memo—focused on the consequences a criminal conviction may have on SNC-Lavalin— was tabled before the House Justice Committee earlier this week. It was written by the department’s deputy minister Nathalie Drouin, for the Privy Council Office. Drouin had testified before the committee that she had held it back on the request of the minister’s office when Wilson-Raybould was at the helm. Wilson-Raybould has since said she did not recall giving such an instruction.

Deferred prosecution agreements were added to the Canadian Criminal Code last year. They are remediation deals for corporate criminal cases that would require companies to take actions to improve its practices in exchange for a hold on prosecution. Those actions include admitting responsibility, co-operating with prosecutors and independent monitors, changing corporate practices, forfeiting any benefit out of wrongdoing, and paying penalties. If any conditions aren’t met, the prosecution can resume.