OTTAWA -- The renovation of the prime minister's residence at 24 Sussex Drive is drawing significant interest from across the country, including at least two proposals by producers wanting to turn it into a reality TV show.

Prime Minister Justin Trudeau sparked a flurry of messages offering ideas for Canada's highest-profile home renovation after he decided not to move into the leader of the government's official residence. Not moving in will allow the National Capital Commission, the Crown corporation in charge of official residences, to do long overdue renovations.

Documents released to CTV News under federal access-to-information laws contain a variety of suggestions ranging from letters of interest by architects and other professionals to emails from the public. Some members of the public mentioned bringing in home renovation guru Mike Holmes to tackle the project.

Two submissions came from media professionals: Lynda Reeves, the publisher of Canadian House & Home, proposed multimedia coverage including a partnership with a national network and a dedicated website, while Tim Alp, executive producer of Mountain Road Productions, pitched a multi-part series similar to one in the U.K. that covered the restoration of the Queen's official residences.

Reeves says she met with an NCC official in January, 2017, almost exactly a year after she first got in touch with the Crown corporation.

"He said there was considerable interest in my proposal and I haven't heard anything since," Reeves said in an interview with CTVNews.ca, adding that her impression was that it wasn't a priority.

"I know for a fact that they're challenged with how to present a budget that'll be politically correct. It's going to be a huge budget - it has to do with security ... apparently it's a hard house to secure and there are a lot of conditions around that that are going to be expensive."

There has been little movement on the renovation project, according to two government officials.

Reeves says she would want to put together a team of designers, architects and tradespeople from across the country, borrowing Canadian art from the National Gallery of Canada and incorporating traditional works from each region, as well as from Indigenous Canadians. 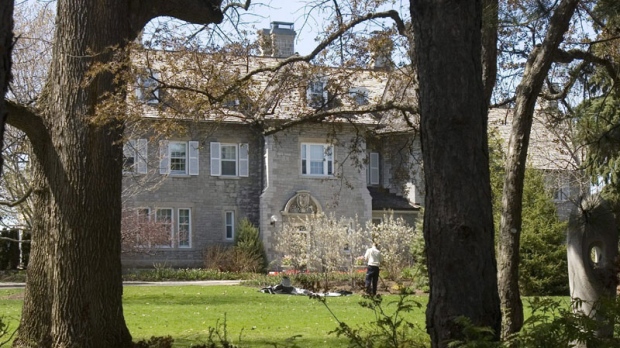 "The principal rooms for entertaining should be quite traditional and have a historic aspect to them, but I think the private rooms should be much more modern," Reeves said. Though it's been 10 years since she's seen the residence up close, she recalls it needing an addition, which she would like to see done in glass.

Series would be 'dignified'

It's important for Canadians to have a symbol similar to what Americans have in the White House, Reeves said.

"If you ask a Canadian to close their eyes and tell you what their image is of our equivalent of the White House, we have no image. It's terrible."

Reeves' background is in interior design, she said in her proposal. She also hosted a daily design show for 10 years and led the design of the grand prize show home in Toronto's Princess Margaret Cancer Foundation lottery.

One of the networks Reeves approached about the series is CTV, she noted.

Mountain Road Productions' competing proposal says it is based in Ottawa, so knows the local production environment. Mountain Road already makes shows about home construction, including "Reno My Reno," about cottage renovations gone wrong, and "I Wrecked My House."

"With such a national spotlight on this once grand official residence, I see an opportunity to showcase the best in green-building methods as the many challenges of a 147-year-old, repeatedly modified, stone structure are met and overcome," Alp wrote in his email to NCC CEO Mark Kristmanson.

"The resultant 24 Sussex series will be dignified and a gateway to our history, while also reinforcing for Canadians that this important residence has been a family home to many great Canadians over the years." 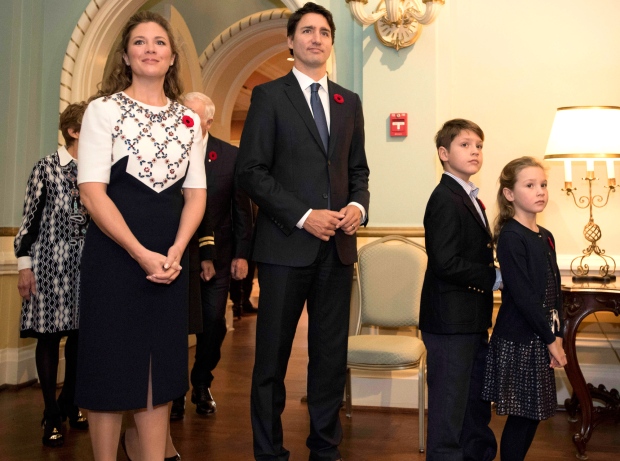 Kristmanson responded by email on Nov. 5, 2015, to say it was early to discuss the renovation, with the new government having just been sworn in the day before.

"I will keep this idea in mind as we move forward and may reach out to you at a later date," he wrote to Alp.

Proposals 'premature at this time'

Alp told the Ottawa Citizen in January, 2016, that the NCC had requested more details about his proposal, though the newspaper also quoted an email from Kristmanson to then-NCC chair Russell Mills in which the CEO said he "would not encourage this type of coverage, at least at this point."

A spokesman for the NCC declined an interview request, promising more information would be available "in due course."

"The NCC appreciates the interest of Canadians in this project; however consideration of television or film proposals is premature at this time," Jean Wolff wrote in an email.

"The National Capital Commission continues to work with its federal partners, including the RCMP, to develop a plan for the future of 24 Sussex Drive to ensure the government is able to make a prudent and informed decision. This includes issues related to security, functionality, environmental sustainability, universal accessibility, and heritage preservation."

The prime minister's residence hasn't undergone significant renovations since the late 1940s, according to a 2016 briefing note contained in the records released to CTV News. That was when the federal government expropriated the house from Senator Gordon C. Edwards, the son of a lumber baron. 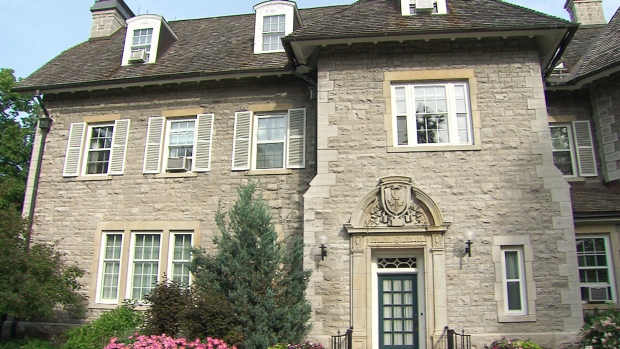 "To render the house suitable for the prime minister, the architects stripped away its [Victorian] ornament, demolished the tower on the west front and lowered some exterior walls... In addition, its fenestration was completely altered and the apparent size was about doubled, all this in the process of rendering the original house quite unrecognizable," a 1993 historical description said.

There were a few minor renovation projects from 1987 to 1993, the description says, like interim repairs to the roof and chimney.

The 2016 briefing note, which appears to have been addressed to Heritage Minister Mélanie Joly, says a number of the residence's systems are at the end of their useful lives and are in poor condition.

Some of the problems with the house include:

Some of the problems increase the house's heating and cooling costs or make it difficult to fulfill official functions. 24 Sussex is used to receive national and international guests, the note says.

"The NCC estimates that [four to six] months are required at the front end for project start-up (Treasury Board approvals, tendering, security screening)," the 2016 note says, referring to the department charged with government spending.

In 2008, then-auditor general Sheila Fraser reported 24 Sussex Dr. needed $10 million in renovations to its windows, heating, air conditioning, electrical and plumbing. Fraser said the work would require "full access" to the residence for 12 to 15 months.

"The NCC has a schedule for planned repairs to 24 Sussex. Delays are likely to result in further deterioration and higher costs," Fraser said in her report.