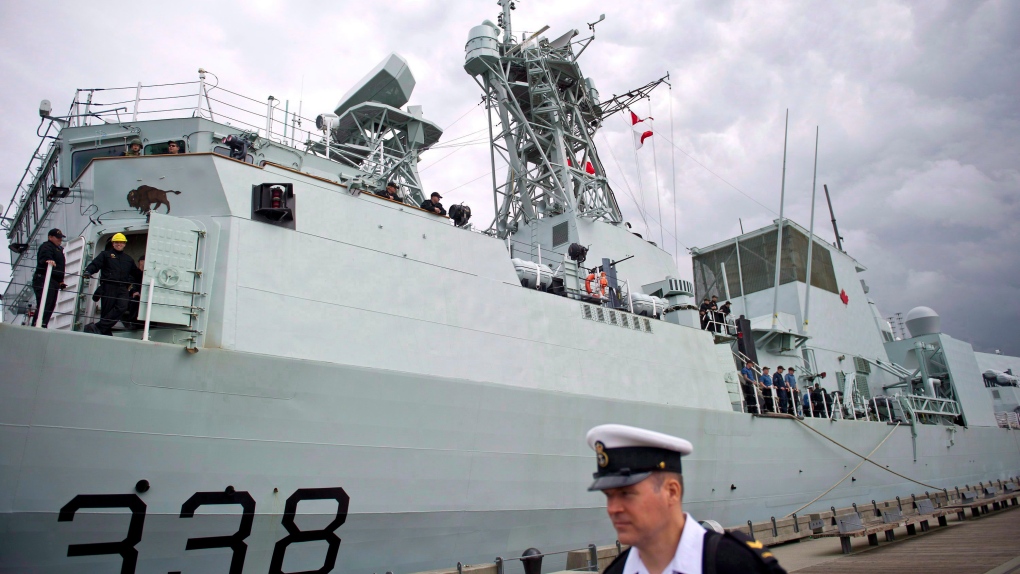 OTTAWA -- A federal trade tribunal has dismissed a challenge to the federal government's handling of a high-stakes competition to design the navy's new $60-billion fleet of warships.

The government and Irving Shipbuilding, which will build the warships, selected Lockheed's proposal as the preferred design in October over submissions from Alion Science and Technology of Virginia and Spanish firm Navantia.

Alion subsequently filed complaints with the trade tribunal as well as the Federal Court, saying Lockheed's design did not meet the navy's requirements and should have been disqualified.

But in a ruling issued on Thursday, the trade tribunal said neither Alion nor its Canadian subsidiary "have standing to file a complaint" and that it was throwing the case out.

While the tribunal has 15 days to provide its reasons for the decision, the government and Irving had argued the challenge should be rejected because Alion is not a Canadian company, which is a requirement for asking the tribunal to consider a complaint.

Alion's challenge was formally filed by its Canadian subsidiary, but the government and Irving said the subsidiary was never qualified to be a bidder in the competition -- only its American parent was.

Following Thursday's ruling, the federal procurement department issued a statement stating that officials had "full confidence in our process, and continue to work toward awarding a contract for the design and design team for the future" warship fleet."

The warship project is the largest military purchase in Canadian history. It will see 15 new warships built to replace the navy's 12 aging frigates and three already-retired destroyers. The new ships will serve as the navy's backbone for most of this century.

The Defence Department's top procurement official, Patrick Finn, told The Canadian Press in a recent interview that negotiations with Lockheed had continued despite Alion's challenges, and that he hoped a final contract would be signed before spring.

Alion did not immediately respond to requests for comment. Its complaint remains pending in Federal Court.

The trade tribunal's ruling represents a full 180-degree turn from November, when it ordered the government not to award a contract to Lockheed until it had a chance to investigate Alion's complaint.

Alion had alleged that Lockheed's proposed design did not meet the navy's requirements when it came to speed and accommodations for crew members, and should have been rejected during the competition.

But the trade tribunal rescinded its order after government officials warned, without explanation, that the deal was "urgent" and any delay would be against the public interest.

Asked about that urgency, Finn noted the navy has been without destroyers for several years and that the government is contending with a production gap between when Irving will finish work on six new Arctic vessels and begin work on the warships.

"My experience is these things could go on for a very long time," he added of the legal proceedings. "It's not done in days or weeks. In some cases I've seen them go on for years. So as we look at it, it's not ... 'Wait two weeks then it will all be done and we'll determine the way forward.' We need to press on."