Opioid crisis flagged in joint statement due to severity of crisis: Goodale 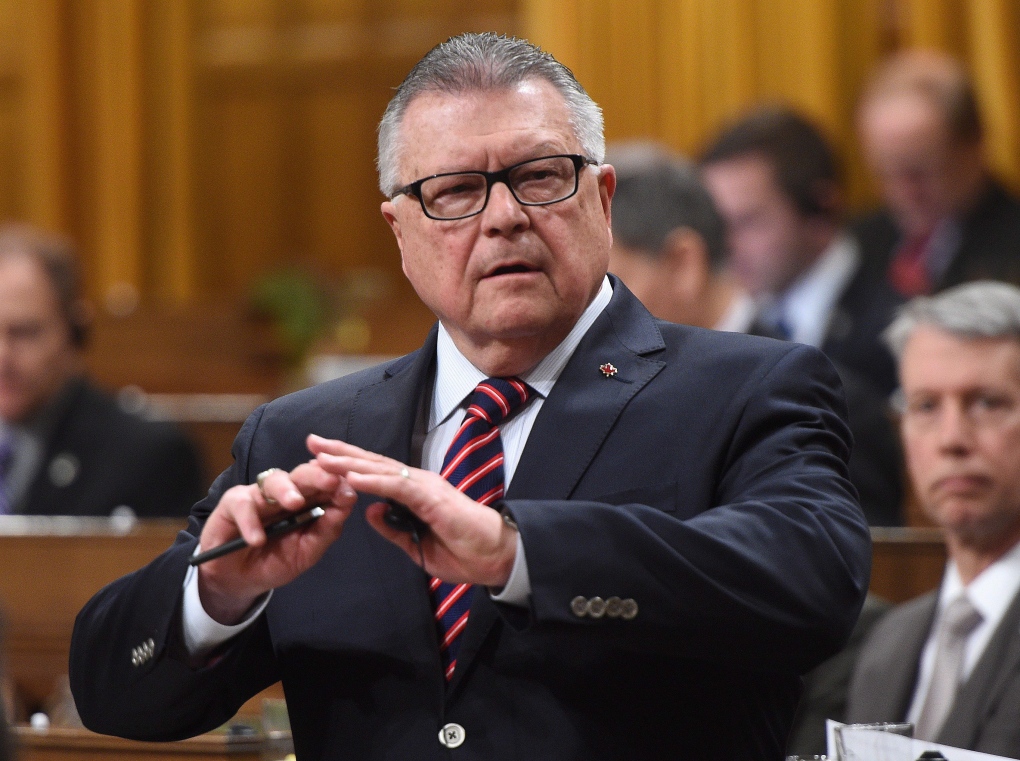 Public Safety and Emergency Preparedness Minister Ralph Goodale responds to a question during question period in the House of Commons on Parliament Hill in Ottawa on Friday, Feb. 3, 2017. (Sean Kilpatrick / THE CANADIAN PRESS)

OTTAWA - The severity of the opioid crisis in Canada and the United States prompted its inclusion in a joint statement from the two countries, Public Safety Minister Ralph Goodale said Tuesday, noting the issue is international in scope.

The statement, released Monday following a meeting in Washington between Prime Minister Justin Trudeau and President Donald Trump, highlights their shared concern about the increase in opioid-related deaths as well as opioid trafficking.

There are very legitimate worries about the issue on both sides of the border, Goodale said, noting Canada is working with all its allies to stop the illegal drug flow.

Senior law enforcement and border officials are already working together on a regular basis, he added, but Monday's joint statement solidifies the need for partnership.

"It's recognizing that this is a very serious international problem and one where we need international collaboration to fix it," he said.

Canada, which joins the U.S. at the top of the list of top opioid-consuming countries in the world, has been working on legislative changes to help combat the issue here.

The bill also proposes lifting a restriction that prevents border guards from inspecting packages that are under 30 grams in weight.

It would also place new restrictions on the import of pill presses and encapsulators, two machines commonly used in the production of illicit drugs.