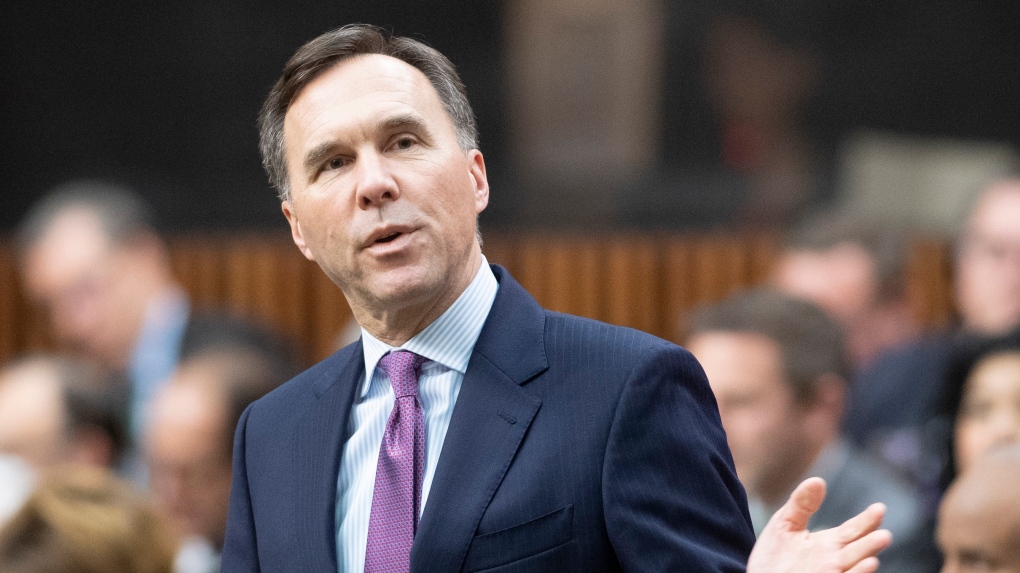 Finance Minister Bill Morneau responds to a question during Question Period in the House of Commons Thursday December 12, 2019 in Ottawa. (THE CANADIAN PRESS/Adrian Wyld)

OTTAWA -- The Trudeau Liberals will deliver a report on the state of the economy and federal finances first thing next week.

Finance Minister Bill Morneau is tweeting that a fiscal update will be made public on Monday.

The Liberals have spent days in the House of Commons being asked by the Opposition Conservatives for the update amid concerns about the state of the country's economy.

The Conservatives charge that the conditions are ripe for a "made-in-Canada recession" that they blame on the Trudeau Liberals' policies.

Morneau has said he is confident the government's spending plans will keep the economy moving despite global uncertainty.