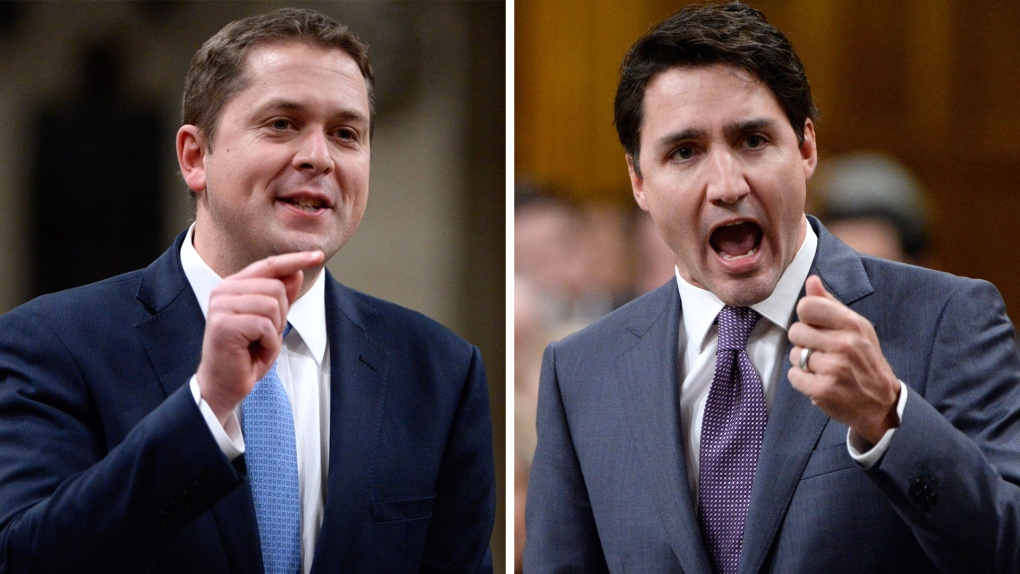 CORRECTION: A previous version of this story said the Liberal Party had purchased the domain Scheer2019.ca. This was an error. The Liberal Party has since clarified that purchase of the website was not sanctioned by the party in any capacity.

Voters hoping to learn a little bit more about the Conservative Party ahead of the election should steer clear of Scheer2019.ca, as they'll find themselves on the Liberal Party website instead.

That's because what appears to be a Liberal supporter – or someone looking to make a quick buck – has called dibs on the domain name, which features the last name of Conservative Party Leader Andrew Scheer.

The URL redirected the user to the Liberal Party's website, liberal.ca, where the top banner offers information on Prime Minister Justin Trudeau and his candidates – as well as riding information.

The website also features a large banner asking for donations to the Liberal Party.

The Liberal Party said that, to their knowledge, the website was not purchased by any of their members or representatives.

Hours after the publication of this story, the website was taken down. The domain Scheer2019.ca is now listed for sale for a cool 9,920.72$ on namecheap, a website that sells domains. The site says it was listed for sale at 10:38pm on Monday night.

JustinTrudeau.ca was also nabbed in September 2015 – shortly before the last federal election. The registration doesn't expire until late September this year and was updated September of last year.

The domain, which bears the prime minister’s name, redirects the browser to notasadvertised.ca. It lists the "top 100 #TeamTrudeau fails" alongside a pledge to release each new "fail" for each day between now and the election.

A quick search showed that Jagmeet Singh, Elizabeth May and Andrew Scheer all managed to claim the domain names featuring their full names.

The purchase of Scheer2019.ca comes just one day after a Nanos Research poll found that most Canadians are expecting a negative election campaign. In the poll, 85 per cent of Canadians said the looming campaign would be either more negative or somewhat more negative than its predecessors.

Third-party attack ads have already been deployed against both Prime Minister Justin Trudeau and Scheer, and these websites are yet another pre-campaign jab between the two top-polling parties.