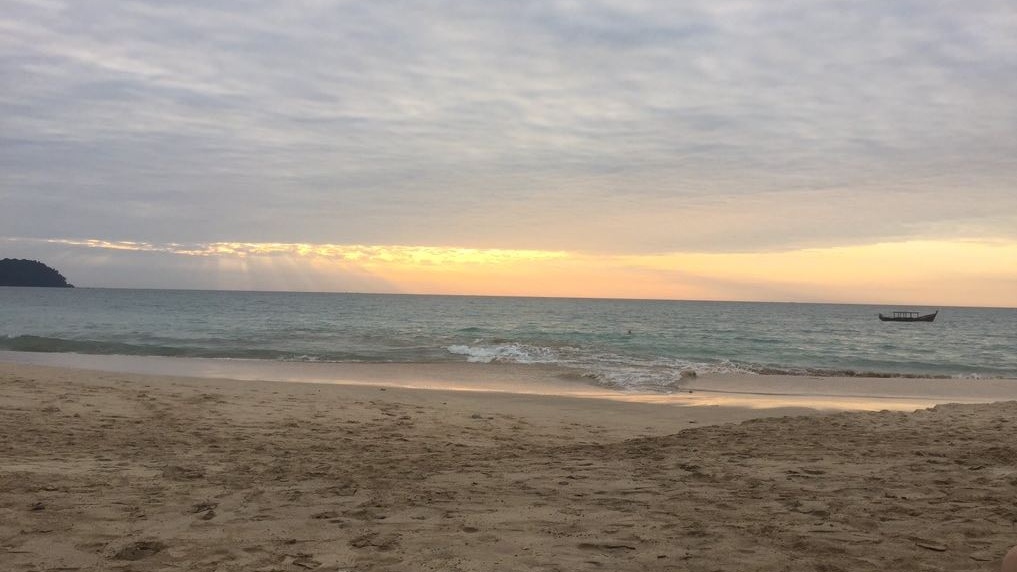 Canada’s ambassador to Indonesia, Peter MacArthur, posted this photo of a beach in Myanmar to Twitter on Jan. 1, 2018. It has since been deleted. (AmbMacArthur/Twitter)

After a Canadian diplomat deleted an “insensitive” tweet about a “perfect” beach in Myanmar, Global Affairs is refusing to confirm if his wife, Canada’s ambassador to Myanmar, had joined him on holiday in a country that is facing widespread international condemnation for a brutal ethnic cleansing campaign.

“First day of 2018 unfolded on a Myanmar beach where the great surf is pleasingly turquoise coloured, warm, clean and clear -- perfect for snorkelling to visit with nature and the fish,” Canada’s ambassador to Indonesia, Peter MacArthur, tweeted on the morning of Jan. 1 along with a trio of photos showing a deserted stretch of shoreline.

CTV News London correspondent Daniele Hamamdjian captured a screengrab and retweeted those words and photos before MacArthur quickly deleted them at the urging of Global Affairs Canada.

MacArthur had been on a private trip to the Southeast Asian country where his wife, Karen MacArthur, serves as Canada’s ambassador -- a position that comes with additional hardship pay.

Although Canadian officials have described the ongoing persecution of Myanmar’s Rohingya Muslim minority as “ethnic cleansing,” there are no rules that bar diplomats from vacationing in the troubled country, where many large hotels and resorts are financially linked to its military. Myanmar’s military has been accused of being complicit in the longstanding humanitarian crisis.

Neither Peter nor Karen MacArthur could be reached for comment Saturday. An email to Karen MacArthur, moreover, was met with an automatic out of office reply.

After reports of Peter MacArthur’s Jan. 1 tweet surfaced, it was widely panned on social media for its apparent tone deafness, with the idyllic seaside photos standing in stark contrast to images of suffering that have emerged from the country’s coastal Rakhine State.

“The government of Canada takes the situation in Myanmar very seriously and is deeply concerned by the ethnic cleansing and crimes against humanity that are occurring there,” Global Affairs Canada spokesperson Brianne Maxwell said in an emailed statement to CTV News. “Ambassador MacArthur was advised to delete the Tweet in question.”

The tweet was also criticized by the Burma Task Force, a coalition of Canadian and American Muslim organizations that advocates on behalf of the Rohingya.

“This is not appropriate coming from a Canadian diplomat,” Burma Task Force Canada executive director Ahmed Ramadan said in a Jan. 4 statement that also called on MacArthur to apologize.

“We are disappointed that someone representing Canada internationally can be so insensitive that he would display affection for the landscape of a country engaged in genocide while children are starving and women are being raped.”

Peter MacArthur has been working with the department since 1982 and has held positions in countries such as Russia, India and Japan. He has been Canada’s ambassador to Indonesia since 2016.

The Canadian government has been a vociferous advocate for Myanmar’s persecuted Rohingya minority, condemning the ongoing violence and earmarking some $37.5 million for humanitarian relief in Myanmar and Bangladesh.

Canada has not, however, revoked the honorary citizenship that was granted to Myanmar’s civilian leader, Aung San Suu Kyi, in 2012.

In a year-end interview with CTV National News Chief Anchor and Senior Editor Lisa LaFlamme, Prime Minister Justin Trudeau said that if Canada can “use the fact that she's an honorary citizen as a lever to have conversations with her and perhaps get a different outcome or better leadership then that's great.”

“Do you think a family in a refugee camp in… Bangladesh cares much whether Aung San Suu Kyi is an honorary Canadian or not?” Trudeau added. “If Canada is helpful in getting them to return home or get an education or feel safe then that's what they care about and that's what I'm focused on.”

As one Canadian official boasted of Myanmar’s beauty, another has been documenting its atrocities.

In October, Canada enlisted Bob Rae as a special envoy to the region to investigate the Rohingya humanitarian crisis. In late December, the former Toronto MP and Ontario premier issued an interim report.

“It is hard to convey in words the extent of the humanitarian crisis currently being faced in Bangladesh,” Rae, who was barred from visiting beleaguered Rakhine State by Myanmar’s authorities, wrote.

“In addition to accounts of shooting and military violence, I also heard directly from women of sexual violence and abuse at the hands of the Myanmar military, and the death of children and the elderly on the way to the camps.”

Canada's Ambassador to Indonesia, @AmbMacArthur, goes on holiday to #Myanmar, tweets photos of serene beaches from the country accused of ethnic cleansing, then deletes tweet. In case you missed it, here it is. #Rohingya #cdnpoli pic.twitter.com/PCYdmmLAzo