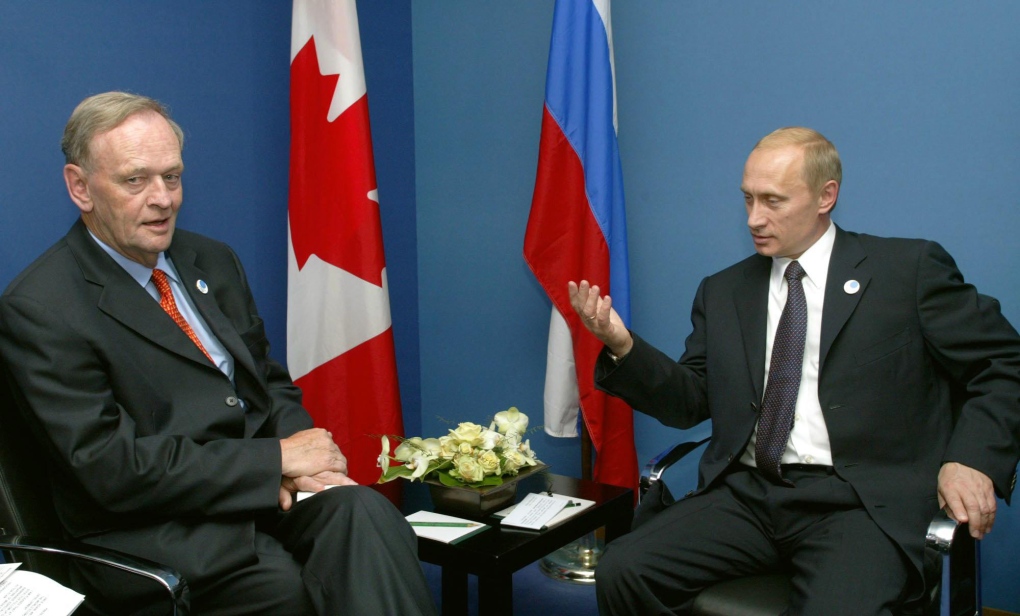 Chretien will sit down with Putin in his capacity as the co-chair of the InterAction Council, an organization that brings former world leaders together to discuss current global issues.

In a news release, the InterAction Council said Chretien arranged the meeting in preparation for an upcoming InterAction meeting in Wales this summer.

“The main agenda item of which will be the current state of relations between Russia and the West,” the statement said, adding that Chretien will “report to the group on his discussions with the Russian president.”

Prime Minister Stephen Harper and his government have been strongly critical of Putin in the wake of the ongoing conflict in eastern Ukraine. Ottawa’s recent decision to join a U.S.-led military training mission Ukraine has drawn a sharp rebuke from Russia.