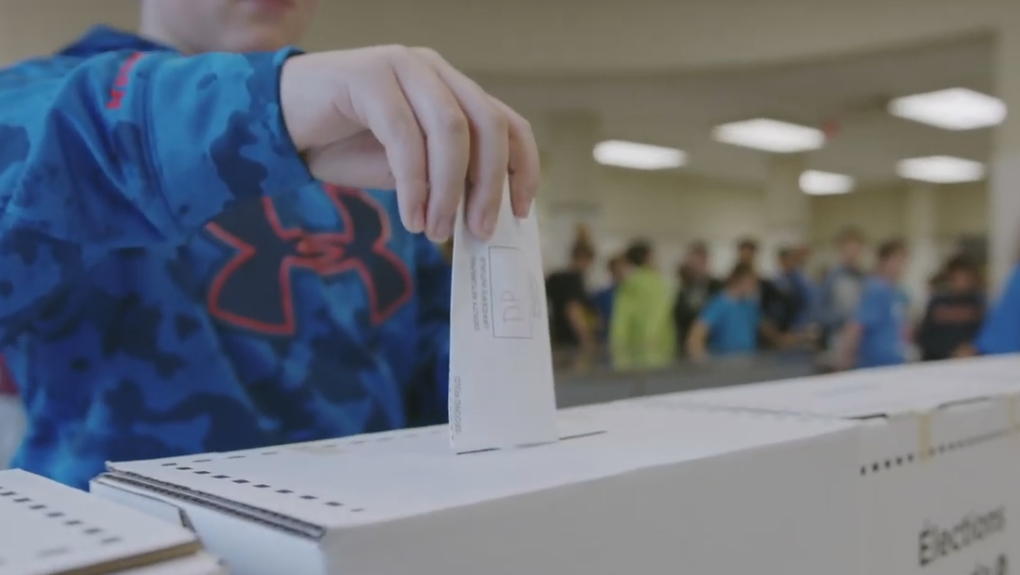 They may not be old enough to vote, but more than a million Canadian students appeared to be in tune with the rest of the country when they also voted for a Liberal minority government in a mock federal election.

After learning about the electoral process, researching the parties and their platforms, and debating the country’s future, more than 1.1 million elementary and secondary school students from nearly 8,000 schools participated in Student Vote Canada 2019, in which they cast most ballots in all 338 federal ridings.

Organized by the non-partisan charity CIVX, the pretend election provides students with the “opportunity to experience the voting process firsthand and practice the habits of active and informed citizenship,” according to the group’s website.

After all 1,187,987 of the votes were tallied, the results appeared to mirror the actual election’s outcome in some respects.

In the students’ election, all of the party leaders won their seats in their respective ridings.

According to an independent evaluation commissioned by Elections Canada, the Student Vote program has a “positive impact on student knowledge and understanding of Canadian politics and elections as well as future voting intentions.”

As for voter turnout, the charity said the 1.1 million students who voted this year was an increase from the 922,000 who participated in 2015.

“We are thrilled with the turnout for Student Vote Canada 2019,” says Taylor Gunn, president and CEO of CIVIX Canada. “We are grateful for all the teachers that dedicated time and energy to cultivating the next generation of voters.”

The next morning: How newspaper front pages depicted Trudeau's win

Trudeau has won the most seats -- but not a majority. What happens next?

Rookies to watch: The first-time MPs who could make waves

The 6 biggest surprises of election night

7 big losses of the federal election