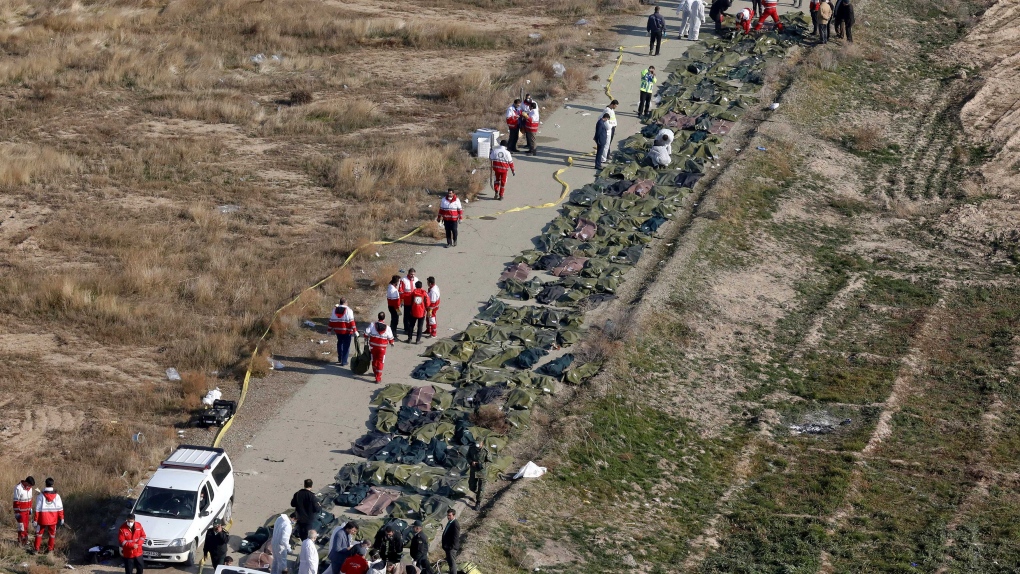 Bodies of the victims of a Ukrainian plane crash are collected by rescue team at the scene of the crash in Shahedshahr, southwest of the capital Tehran, Iran, Wednesday, Jan. 8, 2020. (AP Photo/Ebrahim Noroozi)

OTTAWA -- The Transportation Safety Board says two investigators are heading back to Canada after six days in Tehran and two in Kyiv, helping probe the downing of a Ukraine International Airlines jet.

Iran has admitted firing surface-to-air missiles at the airliner as it left Tehran's international airport Jan. 8, saying it was a mistake.

Fifty-seven Canadian citizens were among the 176 people killed.

The TSB says it understands the plane's flight-data recorders are still in Iran, while the country's authorities consider how to download and analyze the information they contain.

It says a different set of Canadian investigators will be there "wherever and whenever that activity takes place."

The investigators are still seeking a bigger role in the probe, but the TSB says the Iranian authorities have been co-operative and helpful.