Canada's relationship with Metis Nation a model for reconciliation: Trudeau 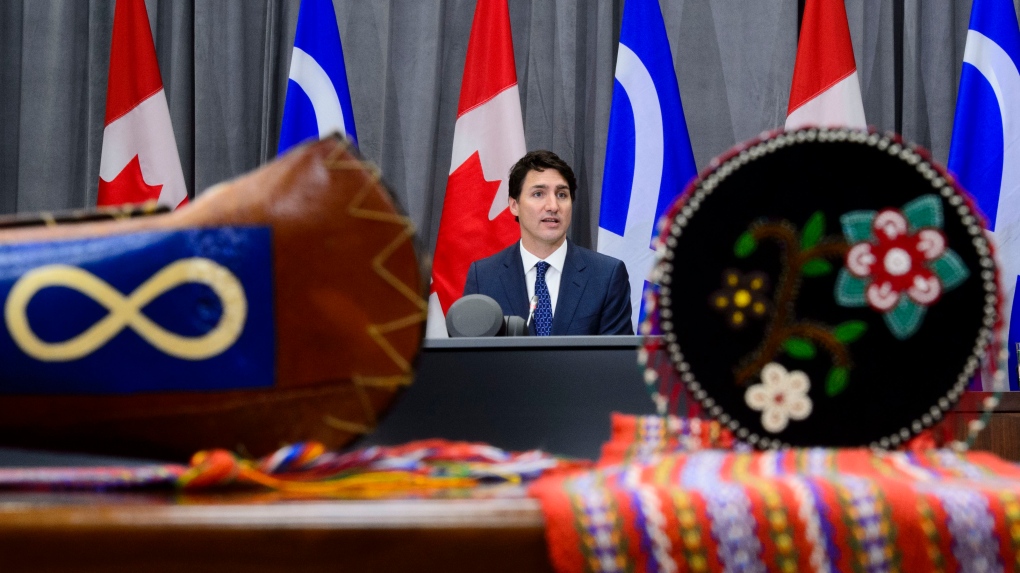 OTTAWA -- The Canadian government's relationship with the Metis Nation is a tangible and concrete example of reconciliation, Prime Minister Justin Trudeau said Thursday.

At a meeting known as the Crown-Metis Nation Summit held in Ottawa, Trudeau said reconciliation efforts will span generations but said the government has come a long way in working with the Metis Nation on long-standing challenges, including housing and post-secondary education.

The meeting is the third since the Liberals came to power in 2015.

"I really want to put forward this relationship as the model of what reconciliation can be," Trudeau said at the beginning of the discussions, flanked by Crown-Indigenous Relations Minister Carolyn Bennett and Metis National Council president Clement Chartier.

Some people might talk about reconciliation as loosely as any other buzzword, said Chartier, but he stressed the Metis Nation has witnessed it in action with cabinet ministers who have been dedicated to working with the Metis on the path forward.

Chartier said when he first met Trudeau, he tried to impress upon him it was critical to address the challenges facing Indigenous Peoples with respect for the unique needs of Metis, First Nations, and Inuit.

He said that this approach has shown results and went on to present Trudeau with the Order of the Metis Nation -- the highest award it has for people who have made a significant contribution to the Metis.

Next year will mark 150 years since the Metis Nation joined Canada, Trudeau said Thursday, adding it is an important anniversary for all Canadians to celebrate this milestone and to reaffirm the commitment to work together.