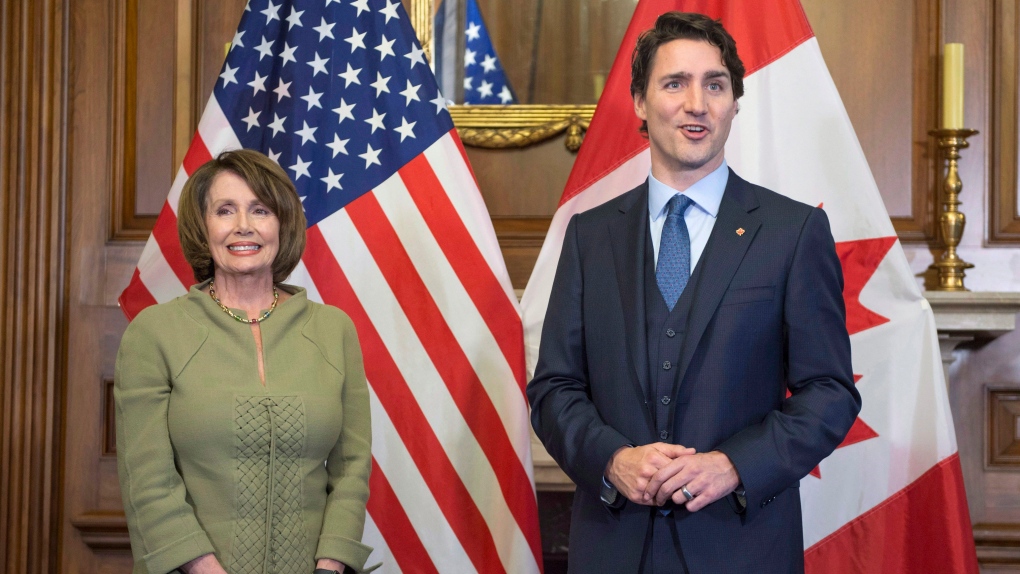 OTTAWA - Canadian business leaders say Prime Minister Justin Trudeau's trip to Washington next week could be more productive if he can add a meeting with Democratic party leader Nancy Pelosi to his schedule.

Trudeau is going to see President Donald Trump, hoping to push the new NAFTA towards ratification.

But Pelosi is the Speaker of the House of Representatives and Brian Kingston of the Business Council of Canada says Pelosi gets to decide whether Trump's ratification bill gets introduced in the lower house of the U.S. Congress.

The Democrats would like to deny Trump a victory on the trade front, plus they have specific concerns about the labour and environment provisions of the new United States-Mexico-Canada Agreement.

Perrin Beatty, the president of the Canadian Chamber of Commerce, says a Trudeau-Pelosi meeting could only take place if the president invited Trudeau to have one, but it could be useful.

Trudeau and Trump are to meet on Thursday and the new continental trade deal, as well as their shared concerns about China, will be major topics of discussion.