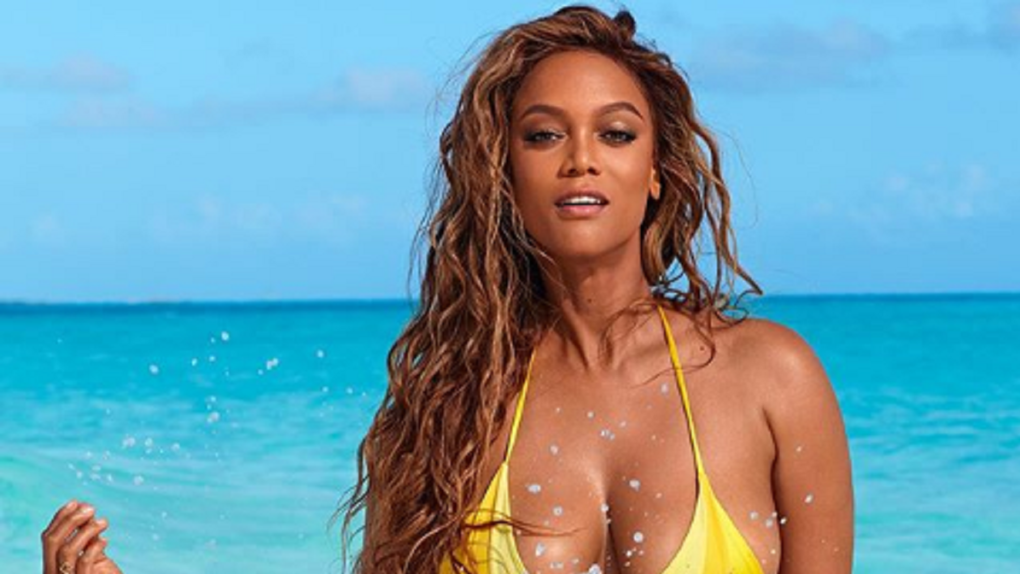 Tyra Banks has returned to modelling with a bang, for this year's Sports Illustrated (SI) Swimsuit issue.

The supermodel and entrepreneur has been unveiled as one of three cover stars for the 56th edition of the iconic issue, alongside the U.S. National Women's Soccer team star and Olympic gold medalist Alex Morgan and 2018 SI Swimsuit Model Search winner Camille Kostek.

The move marks a hat trick for the 45-year-old retired model Banks, who has covered the SI Swimsuit issue a total of three times. The star was photographed in the Bahamas for her cover, while Morgan headed to St. Lucia and Kostek posed in Kangaroo Island, Australia.

#Thankful for your fierce love and support all these years. #BanX

"This is for everybody that has been told that they are not good enough because of their body, their age, their everything," Banks told her 6.3 million followers on Instagram, sharing an image from her shoot that sees her rocking a canary yellow string bikini.

"Since Tyra's first cover in 1996, she's transformed herself into nothing less than a mogul, a cultural force and a supernova of inspiration and empowerment," said SI Swimsuit Editor, MJ Day, adding: "Alex Morgan stands for feminine strength and power -- using her voice to fight for gender discrimination and equal pay and Camille Kostek, only a year after we discovered her in our annual Model Search casting, marks the launch of a career swimming in potential. These women emulate determination to own who they are and demonstrate how limitless they can be."

The 2019 issue features 34 women in total, and -- in keeping with its theme of 'Shattering Perceptions' -- they include seven athletes, four mothers and six rookies.