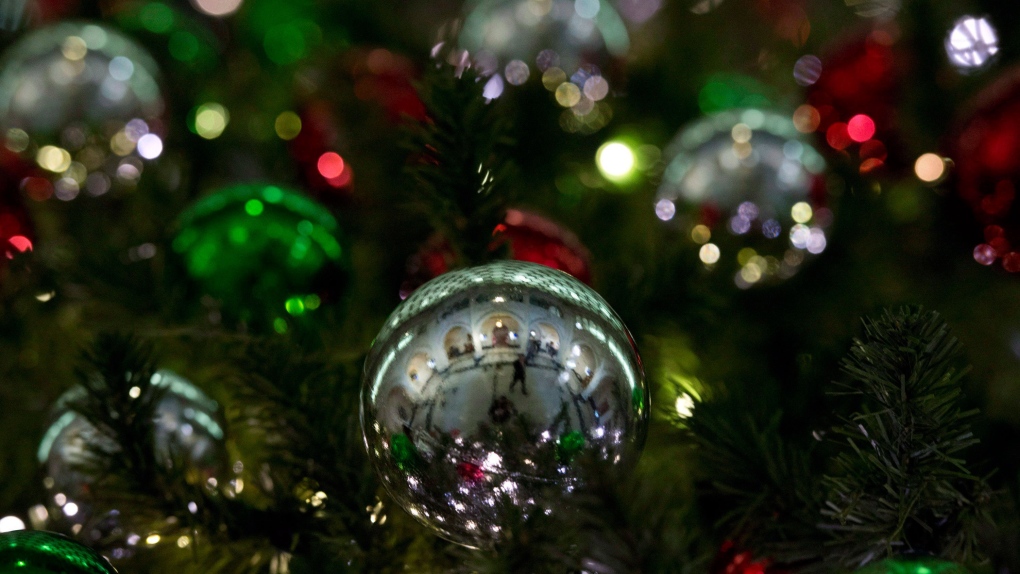 Valeria Melia felt a tug on her heartstrings when her daughter asked if the pandemic would force Santa Claus to cancel his visit to their Toronto home this year.

Seven-year-old Michela and her four-year-old brother Massimo had seen other holiday events nixed over the last nine months, and their mother wanted to make sure they knew Christmas was still on the table.

So Melia turned to her computer, typing up a letter from Santa that would ensure her children he was safe and on his way.

"I wanted to tell them Santa's been given the all-clear to fly, saying 'don't worry, I'm still coming,"' Melia said.

"Even before Christmas, (Michela) would say things like: 'I can't wait until this virus is over so I can go hug my friends again.' So when she asked about Christmas, it was heartbreaking."

The Melia children are among many Canadian kids who will experience the holidays differently this year as public health officials urge us to modify our traditions.

While some families don't want pandemic reminders to cloud Christmas within their own homes, others are finding whimsical ways to incorporate COVID-related elements into their rituals.

London, Ont., mom Ursula Goncalves is leaving hand sanitizer for Santa this year, placing a bottle next to the milk and cookies her eight-year-old daughter Halina and six-year-old son Daniel usually set out for the clandestine gift-giver.

"I thought it would be kinda cute, considering the year we're having," Goncalves said. "It was my idea, but the kids actually did wonder about Santa's safety, asking if he was still coming."

Dr. Todd Cunningham, a child psychology expert at the University of Toronto, says adding pandemic themes to our merry festivities can be helpful by reinforcing messages kids have been hearing for months.

"We've talked often about ways of keeping ourselves safe," he said. "So it would make sense to them in terms of our current context to (incorporate) those things."

It also isn't surprising some kids are expressing concern for Santa's safety, Cunningham added, especially if they understand his advanced age might make him more susceptible to the virus.

So it's a good thing Santa is a magical being, as some of Canada's top doctors have clarified.

Sheri Madigan, a child development researcher at the University of Calgary, says introducing COVID safety elements may help calm worried youngsters, and further their understanding of the virus.

"A lot of these concepts around COVID are hard to grasp because it's this germ they can't see," she said. "So Santa coming presents an opportunity to say: 'we're leaving sanitizer so he can wash his hands, and that keeps another family safe."'

Melia won't be doling out the Purell for Santa, but she did purchase an Elf on the Shelf for the first time, adding a pandemic twist by sealing it in a glass jar to "quarantine" for 14 days. Goncalves did the same, sequestering her family's elf for one week.

The mischievous doll is meant to be a scout for Santa, typically arriving from the North Pole a month before Christmas. Parents place the elf in quirky tableaus each night for kids to spot in the morning.

While the elf isolation is a charming reminder of pandemic precautions, Melia admitted that keeping Sugarpuff in a jar for two weeks serves another purpose.

"This is gonna sound terrible," she said with a laugh, "but it's nice to not have to figure out what to do with it for 14 days."

The quarantined sprite has added an element of excitement for Melia's children, with Michela periodically checking in on the "isolation station" and gleefully counting down the days until Sugarpuff is free.

"Oh God, there was so much excitement in this house when we let her out," Goncalves chuckled.

Dr. Martha Fulford, an infectious disease pediatrician at McMaster Children's Hospital, says another option for parents of anxious children is to double down on the messaging that Santa and his helpers are immune from the virus.

"You can leave the hand sanitizer or you can say: 'Santa is not affected by COVID and elves are not human so you don't need to worry," she said.

Fulford cautions, however, that adding pandemic motifs to holiday flair could dampen some kids' Christmas spirit. It's up to individual families to determine how their children would react to those inclusions, she added.

Fulford says she's more concerned with children feeling disappointed in having certain Christmas traditions, like gathering with family, taken away -- though she suspects that might be harder on some parents and grandparents than the kids themselves.

Cunningham agrees, adding it's important that parents "give themselves a pass" this year when it comes to trying to replicate extravagant celebrations of the past, especially for families facing financial hardships.

He suggests parents welcome input from their children on ways to modify their favourite traditions.

"A lot of the holidays is about anticipation of what's to come, and we can continue that excitement by co-planning activities together," Cunningham said. "When we invite children into those conversations, it's amazing what they come up with."

This report by The Canadian Press was first published Dec. 14, 2020.

CRA sends 441,000 'educational' letters to Canadians who may need to repay CERB

Teachers should be among first for COVID jabs: UN