Live next to a park? That might help curb your booze, junk food cravings: study 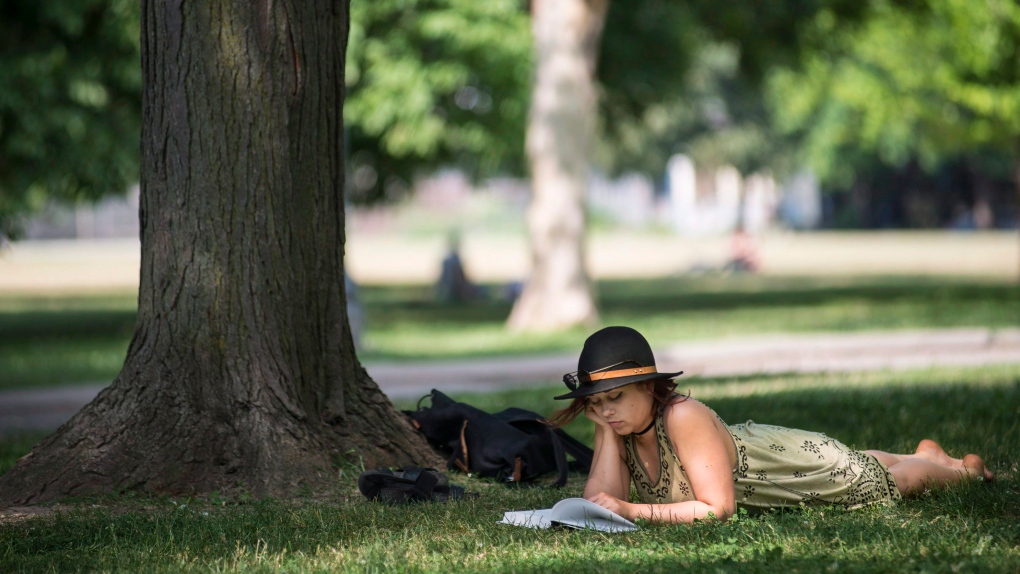 People enjoy the hot weather at Trinity Bellwoods Park, in Toronto, Monday, June 20, 2016. Just looking out the window at a park could help lower cravings for alcohol, cigarettes, junk food and more, according to the implications of a new U.K. study. (THE CANADIAN PRESS/Eduardo Lima)

A new study from the U.K.’s University of Plymouth is suggesting that just being near a green space could help lower cravings for alcohol, cigarettes, and potentially even junk food.

“This novel link could have implications for public health and environmental protection programmes,” the study claims in its abstract.

Previous research into how to reduce cravings for addictive substances and food has looked at the role of green spaces, but only from an exercise standpoint, the paper said.

Researchers say this study, published in the July edition of the journal Health & Place, is the first to look at whether just the presence of nature in people’s lives could lower cravings—regardless of whether they were going for a jog or simply looking out their window at a nice park.

Researchers sent an online survey to University of Plymouth and Health Education England employees, as well as National Health Service (NHS) partnership organizations across southern England. Just under 150 participants took part in the survey, the majority of them women.

The survey asked participants to measure how often they experience cravings, with cravings for food and chocolate coming in the highest at 38 per cent and 32 per cent respectively. It went on to ask participants what percentage of the view from their home incorporated green spaces, if they had access to a public park, and how often they used public natural spaces in their daily life.

Individuals who reported that they had a “high” level of green space visible from their home (defined in the study as more than 25 per cent of the view surrounding a home) reported significantly lower craving strength. Cravings went down with access to gardens and parks as well.

Importantly, the study asked about physical exercise as well, to make sure energetic attendees of outdoor Zumba classes weren’t skewing the data. They found that cravings still went down regardless of how physically active the participants were.

The study authors acknowledged that there were limitations to their results. Despite the evidence that craving symptoms and their negative effects on people’s lives seem to lower after exposure to natural environments, there is the possibility that people who are already experiencing fewer cravings on their own simply decide to move closer to green spaces. Also, the study points out that it relied on self-reported data—since it’s based on a survey—and human beings are not always perfectly accurate in their reports.

The data also only measured socio-demographic status by education, noting that green spaces are often more present in neighbourhoods where residents have a higher income.

The study was U.K.-focused, and the researchers say that further studies are needed to fully explore the topic.

But the news that we may not need to take up running to help us stop reaching for just one more handful of chips is a welcome one.