Here's how to say the words you mispronounced in 2019 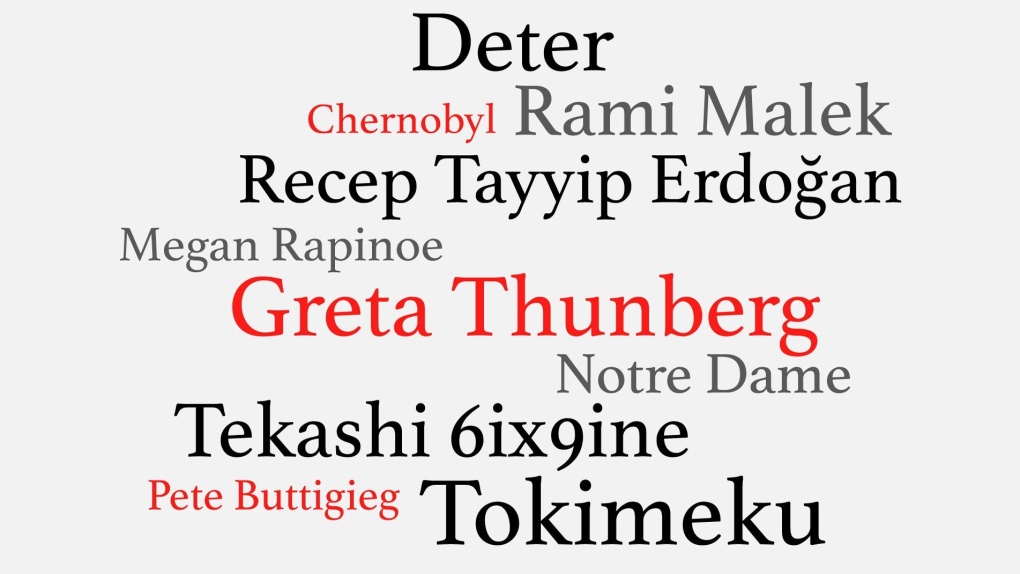 Here are some of the most popular mispronounced words, according to language-learning app Babbel. (CNN)

Every year, something different captures our attention -- but we don't always know how to say it right. (Remember when we taught you how to pronounce "Beto O'Rourke" last year? And how to sound out "Namibia" the year before that?)

It's OK! You're not alone. There are words that most Americans avoid saying out loud -- and language-learning app Babbel tracked which ones they are with the help of members from the U.S. Captioning Company (And yes, of course "Buttigieg" was included).

"These professional captioners are asked each year by Babbel to submit and vote on which words, names, and phrases they have most often witnessed being mispronounced by American newscasters, television personalities, etc.," Ted Mentele, Babbel's English Editor in Didactics, told CNN.

The words come from a wide spectrum of subjects that have been the center of national conversation, Mentele said, including politics, entertainment and sports.

"The entries on our list are even today dominating the headlines -- Megan Rapinoe was yesterday named Sports Illustrated's Sportsperson of the Year; and just this morning, Greta Thunberg has been named Time's Person of the Year for 2019," he said.

(And admit it, you probably had as much trouble as we did figuring out how to say both names.)

But why bother tracking which words had our tongues in a knot anyway?

"With the rise of globalization and the internet, as well as the wealth of different cultures that make up America today, Americans are coming into contact with more unfamiliar concepts and names than ever," Mentele said.

He says he hopes the annual lists act as guides for Americans who struggle with the unfamiliar sounds.

So here are the words most of us got wrong this year and -- finally -- the right way to say them:

Chernobyl (pronounced chair-nOHble): the site of the world's worst nuclear disaster, where thousands lost their lives in 1986. An HBO five-part series with that title aired from May to June.

Deter (pronounced dee-tUHR): discouraging something by instilling fear. The word made the news in May when U.S. President Donald Trump talked about "toughness" to deter migration to the US, Babbel says.

Greta Thunberg (pronounced grAY-tah tOOn-bairk): the teen activist sailed the Atlantic over the summer in a zero-emissions yacht to speak at a UN climate change conference. She has spoken out about the issue in dozens of countries and recently sparked climate strikes in schools across the globe.

A note from Mentele: "The final 'g' in 'Thunberg' is typically softened by Swedish speakers into something like 'yeh' in English: 'tOOn-bairyeh.'"

Notre Dame (pronounced nOH-truh dAHm): The iconic cathedral in Paris that partially burned down in April.

A note from Mentele: "the 'r' in 'Notre' is articulated near the back of the mouth, and is nearly silent."

A note from Mentele: "The 'u' in 'Buttigieg' should be pronounced like the vowel in 'book', and the following 'i' vowels as in 'bit.'"

Rami Malek (pronounced rAH-mee MA-lik): The actor of Arab descent won "Best Actor" at the Oscars for his portrayal of Freddie Mercury in "Bohemian Rhapsody." He'll play the villain in the upcoming James Bond movie.

A note from Mentele: "The actor himself pronounces the vowel in 'Malek' like the 'a' in 'bat.'"

Recep Tayyip Erdoğan (pronounced rE-jep tAH-yep AIR-doh-wahn): President of Turkey since 2014. In October, he met with Russian President Vladimir Putin and announced an agreement on Syria in which Turkish and Russian groups will patrol the Turkish-Syrian border. That was days after Turkey launched a military offensive in northeastern Syria, following Trump's decision to pull US troops from the area -- a move that was highly criticized by both Democrats and Republicans, as well as other world leaders.

Tokimeku (pronounced toh-kee-mE-koo): Japanese word translated as "to flutter." The word made its way to American culture from organizing guru Marie Kondo -- it describes the pure joy of ... neat.