For the first time, Inuit have a common way of writing the Inuktut language 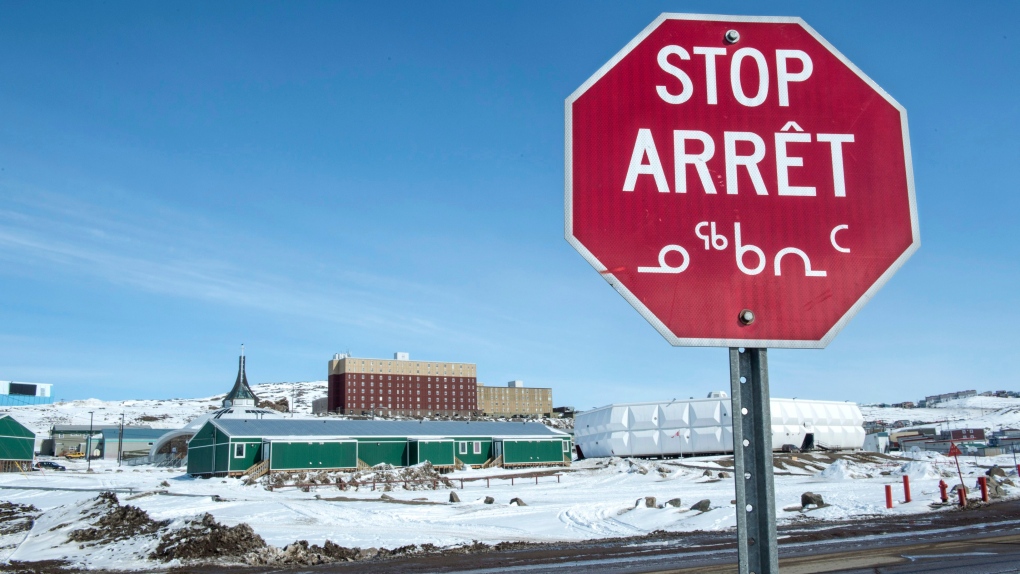 A stop sign in English, French and Inuktut syllabics is seen in Iqaluit, Nunavut on April 25, 2015. (THE CANADIAN PRESS / Paul Chiasson)

Inuit are hoping to use the alphabet to help keep their far-flung people together.

Canada's national Inuit organization recently decided on a standard way to write their language that could be understood from Inuvik in the northern corner of the Northwest Territories to Nain on the east edge of Labrador. The new orthography replaces a patchwork of nine different, often mutually unintelligible scripts.

"We've never done this before," said Natan Obed of Inuit Tapiriit Kanatami. "It's the first time we're exercising our own self-determination to implement our own writing system."

Before European contact, Inuktut was an entirely oral language. Nobody needed to read or write anything down until the 1700s, when missionaries, government workers and businessmen started showing up.

Those groups all worked out different ways of translating the sounds of spoken Inuktut into symbols on a page, which they then taught to the Inuit.

Some methods, known as syllabics, looked like rows of circles, squares and triangles. Some used the letters familiar to European languages, but with a whole battery of accents and diacriticals. From one method to the next, the same letter could represent an entirely different sound.

"Going in to my children's elementary school, on a rack of take-home books there are as many as five different writing systems in play for the children. You can imagine how challenging that might be."

The orthographic hodge-podge has not only made it harder for Inuit kids to get educational material in their own language, it makes it harder to communicate between the Inuvialuit in the west, the Nunatsiavut in the east and all the groups in between.

"Without a standard writing system, we are always catering to just one portion of Inuktut speakers," Obed said.

The digital age has posed its own challenges. Keyboarding the accent marks required by some orthographies is awkward and typing syllabics requires specialized software.

Although the project has been discussed since the 1970s, the real work began in 2011. It wasn't always easy to get people to agree to changes in long-familiar characters.

Inuktut language experts would come up with proposals, then run them by the widely separated communities of the North.

"They went back and forth," said Solomon Awa, who helped develop the new approach. "'We want this. We want that' -- it takes a while."

The result is called Inuit Qaliujaaqpait, which was officially adopted by the national Inuit organization late last month.

The circles and squares are gone, as are the squiggles above and below the letters. Characters are limited to the standard and widely familiar 26-character Roman alphabet.

Doubled vowels mean a long sound as in spoon. A "K" is hard, as in key, but a "Q" requires a little drag in the back of the throat.

It is intended to be easy to learn and easy to use.

Awa expects it to take a couple years before Qaliujaaqpait is fully implemented.

It isn't intended to immediately replace syllabics and all the other forms of writing. Obed said some prefer the familiar scripts and they will continue to be used.

Qaliujaaqpait will be used to slowly develop new curriculum materials and in all written material distributed nationally.

The move is supported by other Inuit groups such as Nunavut Tunngavik Inc., which oversees the Nunavut land claim.

"It will take time for Inuit and service providers to grow accustomed to a new, Inuit-developed writing system," said president Aluki Kotierk.

"But we are confident that, alongside other tools and techniques, our newly adopted Inuktut Qaliujaaqpait will enable us to make much needed advances in areas such as the production of formal education resources and materials."

"It's the first time we're exercising our self-determination to implement our own writing system.

"The biggest consideration was self-determination. It's our right."

This report by The Canadian Press was first published Oct. 6, 2019.