Canadians told us why they changed jobs during COVID. Here's how their lives have changed since

Of the many changes that came from of the COVID-19 pandemic, one that many Canadians can relate to is the effect it had on their work life.

Sometimes referred to as the "Great Resignation," workers left their jobs for a number of reasons, whether it was for a healthier work environment, an escape from the stress of COVID-19 or simply a chance to try something different.

In late 2021, CTVNews.ca asked Canadians to share their stories about how they changed jobs during the pandemic.

CTVNews.ca caught up with some of those people to see where they are now and ask whether the decision they made was the right one.

The pandemic, she told CTVNews.ca over the phone, was difficult for grocery store staff — a customer once threw a chocolate bar at her from across the conveyer belt, while another screamed at her after being asked to pull up their mask.

About halfway through college, Finkelstein found work as a casual ward clerk at Princess Margaret Cancer Centre before moving part-time to the cardiovascular intensive care unit at Toronto General Hospital.

She graduated from George Brown with honours in May 2022 and found full-time work as an administrative assistant in the multi-care kidney clinic. 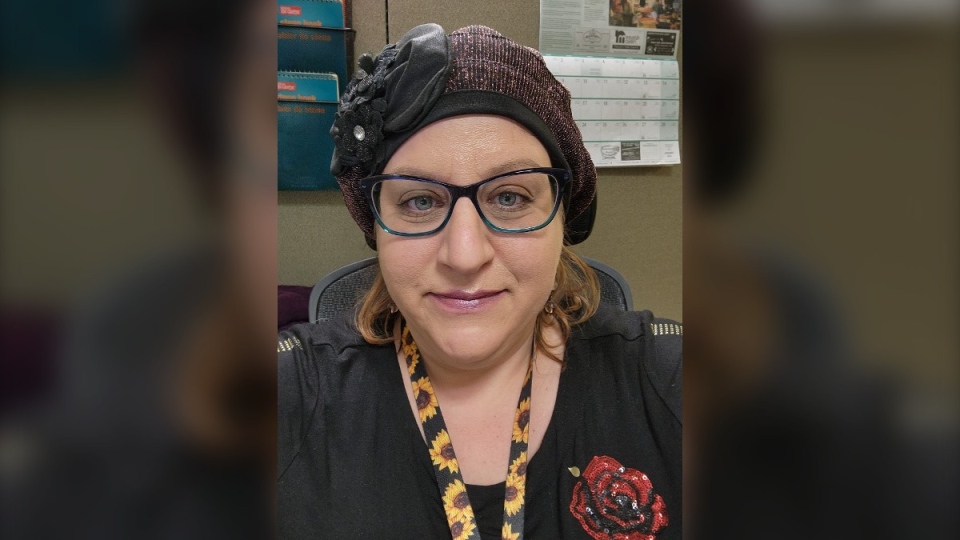 Finkelstein loved working at the ICU, but the mother of five kids needed full-time hours.

And despite the challenges of going back to school after being a stay-at-home mom for so long, Finkelstein said it was worth it.

"If you told me five years ago before the pandemic that I would end up working in a hospital, I would have laughed at you because I wouldn't have believed it," she said. "It's my dream come true."

Winnipeg teacher Lori Bodner took the opportunity during the pandemic to try her hand at electrical work, a move she had already considered for some time.

She enrolled at Red River College and is now a Level 2 apprentice, with more school coming up in November, and continues to split her time between teaching and working as an electrician.

"It's just stimulating because if one job is taxing for whatever reason, the next day I'm at the other one," Bodner told CTVNews.ca in a phone interview.

Asked if she feels she made the right decision, Bodner replied, "Absolutely."

"I think this decision saved my life," she said.

He told CTVNews.ca in a phone interview that he would have stayed if he could, but being so remote and with young kids, he decided to return to Nova Scotia.

Cummings worked a number of odd jobs at a sawmill, in garbage collection and at a call centre before landing work at Michelin tires.

He eventually left to look for something with more security and comparable pay, finding a job where he works with people with special needs.

He still feels that the closure of the pulp mill happened "needlessly," uprooting the lives of many people in the forestry sector.

Having been laid off at the mill, Cummings said he didn't want to go through that again and felt that jobs in health care, being in such high demand, weren't going anywhere anytime soon.

"This career is one that I will spend the rest of my life doing," he said. "It's easy on the body, it's easy on the mind and it's very rewarding every day. You know you're helping people who have high needs, so along with the job security, it's also very fulfilling work, as well." 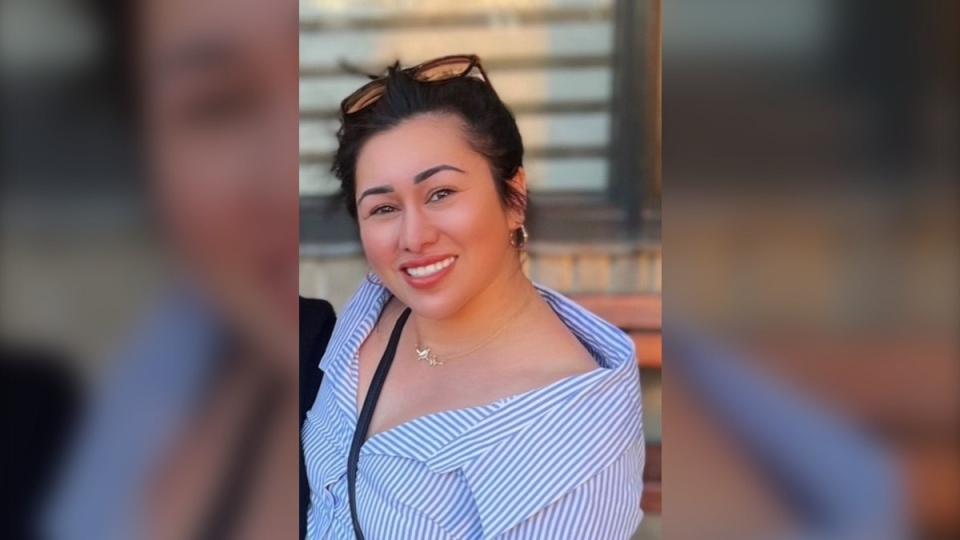 Natalie Cousineau made the difficult decision to leave her job as an administrative assistant at a dental office after the daycare her children attended closed during the pandemic.

Giving her employer the green light to replace her, Cousineau, who lives in the Barrhaven neighbourhood of southern Ottawa, said she found work at an office close to her home but had to juggle that with caring for her young children.

She told CTVNews.ca in a phone interview that she started looking for remote work and found a job with a health-care organization.

Having found that work-life balance, Cousineau says she is fortunate to have a job with the flexibility to care for her children at home if need be.

"It was a blessing in disguise in a weird way, how the universe works," she said. "It works in mysterious ways and it was a blessing for myself and my family, because now my son is in school. They're very flexible with my work schedule."

Laid off in March 2020 from his job at a shop that specializes in gears, Chris Knight relied on the Canada Emergency Response Benefit (CERB).

A few months later, the Coquitlam, B.C., resident found work as a shop helper but at a reduced pay rate.

He told CTVNews.ca in an email he worked in that role for a couple of years and was even promoted to a supervisory role.

But he says it didn't come with a pay raise, so he left.

"The place I was hired at turned out to be a toxic workplace. Had I known that going in, I probably would have kept looking for employment elsewhere," he said.

"That in itself would be a different story involving how employers in this country discriminate against immigrant workers. I'm not an immigrant, but I have worked at places with fair-sized immigrant workforces, and quite frankly, I do not like what I see when employers underpay and abuse hard-working people who are trying to improve their lives in their new country."

If he had the choice, Knight said he would still be at the gear shop.

He now works as a labourer in the shipbuilding industry in North Vancouver, where he said they are building a couple of navy ships and some coast guard vessels.

"The work is exciting, and no two days are the same," he said. "It's quite fascinating to be able to watch the process as these huge ships are being constructed." 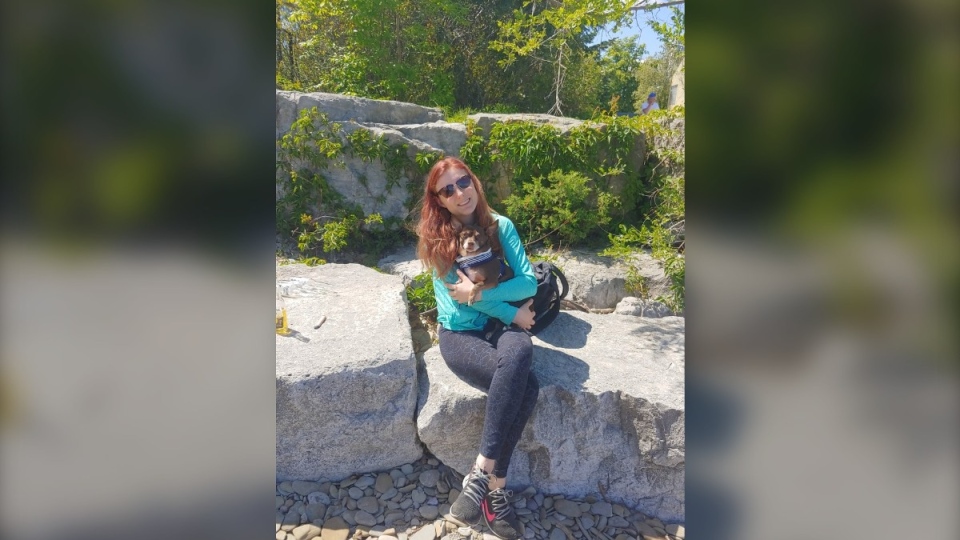 A career change had always been on her mind, but it wasn't until pandemic restrictions closed the restaurants she worked at that Jodi Morello of Toronto decided to take the chance.

After spending some time on CERB, she found a job in the summer of 2020 doing housekeeping at a long-term care home in Scarborough.

She told CTVNews.ca in a phone interview that she also worked for a bit at North York General Hospital, but couldn't balance out her two schedules.

"I love my job. There's lots of opportunities to move up," she said.

Working in the long-term care home, she said she feels a sense of purpose. And with restrictions during COVID-19, she said for some residents, she may be the last person they see.

The hospital, meanwhile, can offer something different each day, whether it's seeing newborn babies, working in the morgue, or spending time in the mental health area or the emergency department.

Although she puts in anywhere between 52 and 60 hours each week, sometimes pulling two shifts in one day, the money she makes means she will finally be able to pay off her student loans, Morello said.

Among the many positive changes in her life since changing jobs, Morello said she managed to quit smoking, doesn't drink as often compared to her time in the restaurant industry and her mental health has improved.

She also has donated to different organizations, including animal shelters, food banks and a youth shelter she stayed at when she was younger. That same shelter shared her story in three parts during the pandemic.

"If it wasn't for the pandemic I would not have been able to get my foot in the door to open up a whole new world of possibilities, something I'm not used to, but I was ready to give it a try," she said.

With files from The Canadian Press. CTV News is a division of Bell Media, which is part of BCE Inc.

Mental health in Canada: How to find help

Accessible mental health services continue to be out of reach for Canadians: advocates

Canadians told us why they changed jobs during COVID. Here's how their lives have changed since

How important is working from home? Majority of women would trade money for flexibility: study

'Toxic behaviour' and how to deal with it: An expert's top tips

Mental health therapy is not 'one size fits all': Expert on how to find the right treatment