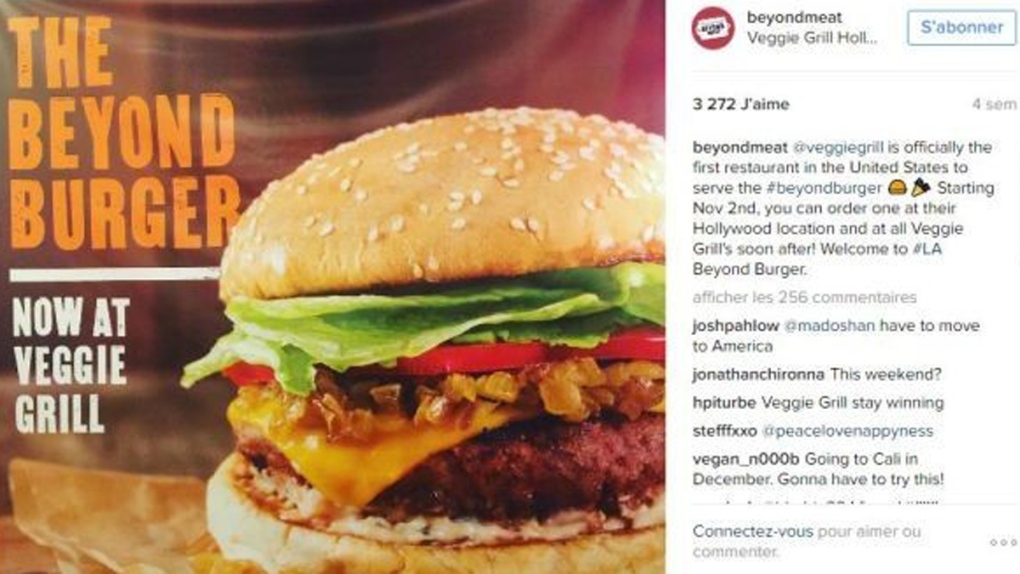 With the health and environmental perils of red meat firmly ingrained in the public consciousness now, expect the momentum of fake bleeding meat to continue in 2017.

That's one of the predictions spotlighted by analysts at the New York-based market research group Baum + Whiteman in the latest edition of their food and restaurants trends report.

The forecast is based on a slew of recent developments in faux meat, created to help wean carnivores off red meat.

Unlike vegetarian burger alternatives which often look and taste nothing like the meat protein, outfits like Beyond Meat and Impossible Foods developed plant-based burger patties which are meant to mimic the look, smell, taste, and sound of hamburger patties sizzling on the grill.

Impossible Foods, for example, created a veggie burger from wheat, coconut oil and potato protein, along with a substance called leghemoglobin or heme, mimicking the look and taste of a rare, bleeding burger.

Curious diners can try the artificial patty at restaurants like Momofuku Nishi in New York; Cockscomb and Jardinière in San Francisco; and Crossroads Kitchen in Los Angeles.

Beyond Meat is likewise a plant-based burger that looks, cooks and tastes like red meat. The product is stocked at Whole Foods stores in the US.