'This is a person': Woman documents mother's painful struggle with schizophrenia 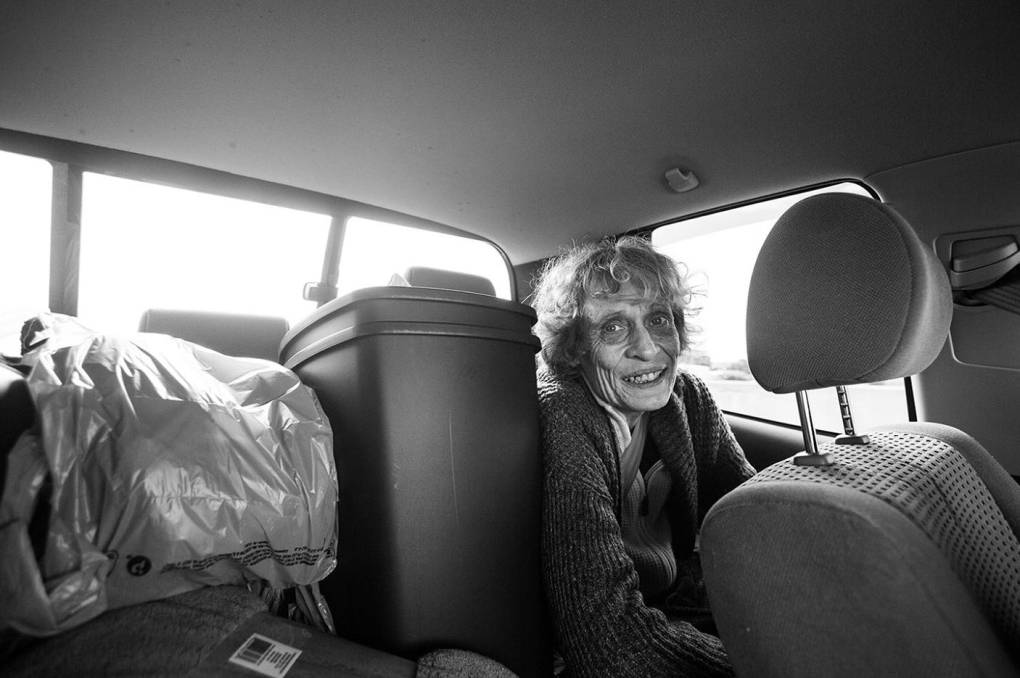 Cynthia Robinson, 64, of Texas, was first diagnosed with paranoid schizophrenia in her early 20s.

Cynthia Robinson is laying on a bare mattress, shaking uncontrollably as she looks into the camera. She wants to convey a message to her granddaughters.

“I love you both,” she says. “You’re beautiful girls. I adore you.” The camera pans out to show Robinson in a bedroom that is in complete disarray. A desk in the corner is covered in pills.

The three-minute video is one of multiple raw and emotional visuals posted on the blog “You Are In This World.”

The website was created by Robinson’s daughter Emily Robinson, whose aim it is to de-stigmatize mental illness by documenting her 64-year-old mother’s devastating, four-decade-long struggle with schizophrenia. Robinson shares personal stories about her mother and their interactions through video, writing and photos.

In recent years, Cynthia Robinson’s condition has deteriorated, but she has been able to live independently in her house in Texas, with the help of her son Seth, who lives nearby and is her primary caregiver. She is divorced from Emily and Seth’s father.

Cynthia takes antipsychotic medication to keep her from being “overwhelmed” by feelings of paranoia. But it can be difficult to ensure she stays on course with her medication.

“Over the years it just seems to get worse and worse,” Emily tells CTVNews.ca in a telephone interview from Florida in late July. “I can’t believe that my mom lives this way, I can’t believe I have a college degree and I’m not able to find the resources to help her.”

Emily started the website and Facebook page in April, beginning with the video of her mother speaking to her grandchildren. Since then, she has shared photos from her mother's childhood, and her own. Since they live several states apart, Emily and Cynthia speak on the phone and correspond via letters, which Emily also shares online.

"Last night, I spoke with her on the phone,” Emily writes in a Facebook post on May 11. “I could hear the strain in her voice. To be melodramatic, I think I can sometimes hear her hanging onto ‘normal.’"

The Facebook page, which has racked up tens of thousands of followers since its debut in April, appears to have struck a chord with those whose loved ones suffer from mental illness, and other disorders.

Commenters share their own stories about the helplessness they feel watching loved ones' battle schizophrenia, depression and other illnesses. They also say it's given them to courage to speak out and seek help.

One woman who lost her mother two years ago to multiple sclerosis said the posts bring her "comfort because I don't feel alone anymore."

Medical students have told Emily the blog helps them “remember the humanity in their patients.”

In a nine-minute documentary filmed in January, Emily reveals how her brother was dealing with their mother’s latest crisis and subsequent 18-day stay in a psychiatric hospital. In it, Seth is shown speaking on the phone with nurses, and cleaning up their mother’s house, which is in shambles.

“It looks like a squatter’s house,” Seth says in the video. “It wasn’t that bad, but three days of insanity can do this pretty quick.”

The video also shows their mother coming home from the hospital. She cracks a joke as she walks to the car.

“At least I’m getting some exercise here.”

On the ride home, Cynthia says she is excited to be reunited with her cat, Cadillac.

'In belly chains and ankle shackles'

Emily admits that up until she started this project, she was too uncomfortable to even tell anyone that her mother had schizophrenia.

“That’s just shameful to not be able to say that mom has an illness,” she said, adding she would always “dance around the topic” when talking about her mother with others.

After some soul-searching, Emily found the courage to speak up. Part of the reason she wanted to bring attention to her mother's illness was to raise awareness about stigma and what she says is a lack of consistent care.

After all these years, Emily says she’s still shocked by how health professionals and law enforcement deal with her mother when she is in crisis. “The way that we commit people is horrifying … it’s tragic all the way around,” she said. “We have no choice but to call a law enforcement agency to come and physically restrain our loved ones, who are sick, who have a disease.” Emily said she’s seen her mother restrained in ‘belly chains and ankle shackles.”

What gets lost in the effort to keep her safe and well, Emily says, is her mother’s identity and dignity.

“She’s an amazingly smart, bright person,” Emily says of Cynthia, who in her youth was a champion swimmer and high school valedictorian.

“When she gets tormented by negativity she actually feels bad about the things that she says,” Emily said.

In another video, Cynthia appears lucid but shaky, which is a side effect of her medication. She gives thanks to those who have reached out and sent letters after reading the blog.

“You have greatly touched my heart, made me cry with your letters,” Cynthia said. “And I know some people have more trouble than I do. Don’t forget about them, don’t give up on them.”

In the hopes of starting a non-profit organization dedicated to ending the stigma of mental illness, and also bringing her mother out to live with her in Florida, Emily has started a GoFundMe page.

Before anyone can be helped, Emily says, “We have to start at the very beginning.