Preschoolers' physical activity can have impact on heart health later in life: study 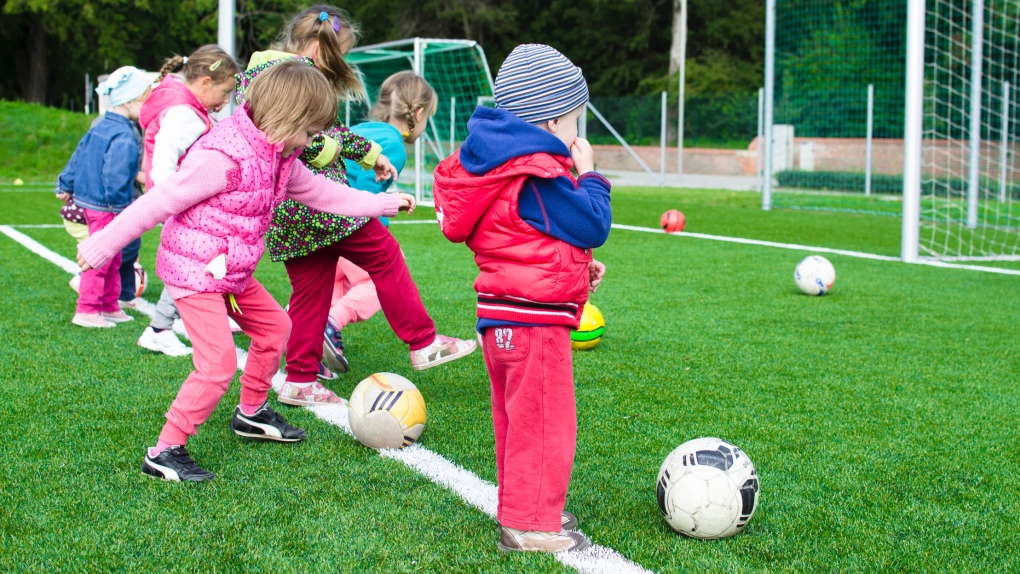 The research team found that arteries stiffen over time in all children, but the process is slower among those who are most active.

A new study out of McMaster University suggests the physical activity of children as young as three can have an impact on their heart health later in life.

The study, published Tuesday in the journal Pediatrics and funded through the Canadian Institutes of Health Research, examined the heart health of 400 children between the ages of three and five to determine whether physical activity has an impact on their cardiovascular health.

Over the course of three years, the researchers had the children occasionally run on a treadmill while they were tested for three markers of heart health: cardiovascular fitness, arterial stiffness and blood pressure.

This information was then compared to each child’s physical activity, which was calculated by having the children wear an accelerometer for a week each year.

The research team found that arteries stiffen over time in all children, but the process is slower among those who are most active. These children were also able to last the longest on the treadmill and recovered faster.

“Children generally have very healthy arteries, so it was a bit surprising that very early in life being less active can impact the health of these blood vessels,” Nicole Proudfoot, a graduate student at McMaster University and the lead author of the study, told CTV News.

Brian Timmons, the research supervisor and an associate professor at the university, said the study should serve as a reminder to make sure children are moving, regardless of age.

“The message to parents and caregivers of young children is that they should really provide opportunities to be active and to engage in higher intensity type activities like tag, like running, skipping and jumping,” he said.  “Many kids are in childcare so that’s an ideal environment to provide those opportunities.”

“(Any) activity is good and important, but if that activity can be of a higher intensity -- energetic play type of activity -- that seems to have an even bigger effect on heart health,” Timmons said.

According to the Public Health Agency of Canada, 12 Canadians die each hour from heart disease, making it the second-leading cause of death in the country.

Proudfoot hopes this study can reduce some of those statistics, beginning from a young age.

“Our goal is that though engaging in physical activity in early childhood, that we can set kids up on a better trajectory through the rest of their childhood years, so that when they enter adulthood they’re at a lower risk of heart attacks and stroke,” she said.

In order to keep children active, Proudfoot suggested changes to the school curriculum to inject additional playtime for the youngest students.

“A lot of young children aren’t getting as much physical activity as they need to and we really need to start thinking about different policies in daycares or in kindergartens, as well as how we can develop our communities in a way that can really  promote physical activity for children of all ages,” she said.