Onions imported from the U.S. are once again safe to eat, PHAC says 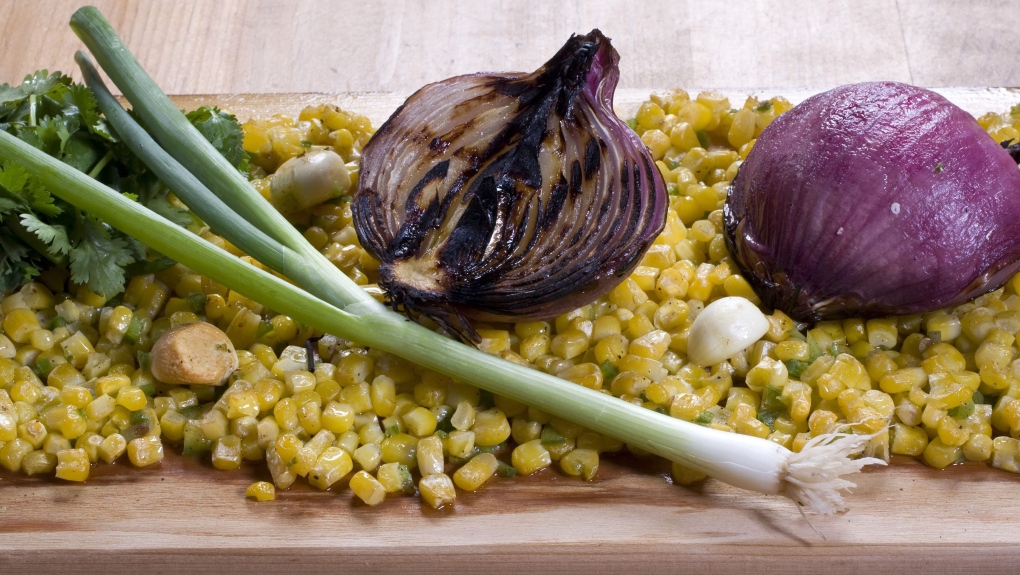 Cedar-grilled corn and red onion salsa is seen in this April 6, 2010 photo. THE CANADIAN PRESS/AP/Larry Crowe

TORONTO -- The Public Health Agency of Canada (PHAC) says onions imported from the United States are once again safe to eat after concluding its investigation into a salmonella outbreak that began this summer.

The PHAC found 515 confirmed cases of Salmonella Newport illness connected to onions imported from Thomson International Inc. based in Bakersfield, Calif. over the summer months.

The outbreak spread across seven provinces -- primarily in British Columbia and Alberta -- and resulted in 79 hospitalizations across Canada.

“Given that Salmonella illness reporting linked to this outbreak has significantly decreased over the last three weeks, the outbreak appears to be over and the investigation has been closed,” the PHAC stated in its final report into the matter.

In the U.S., the United States Centers for Disease Control and Prevention reported 1,012 cases of Salmonella across 47 states and 136 hospitalizations connected to the outbreak.

Symptoms of a salmonella infection include fever, diarrhea, abdominal cramps and vomiting.

Children under the age of five, older people and pregnant women are most at risk, though most people fully recover after a few days.