Not being prescribed antiviral medications for the flu? There's a simple explanation 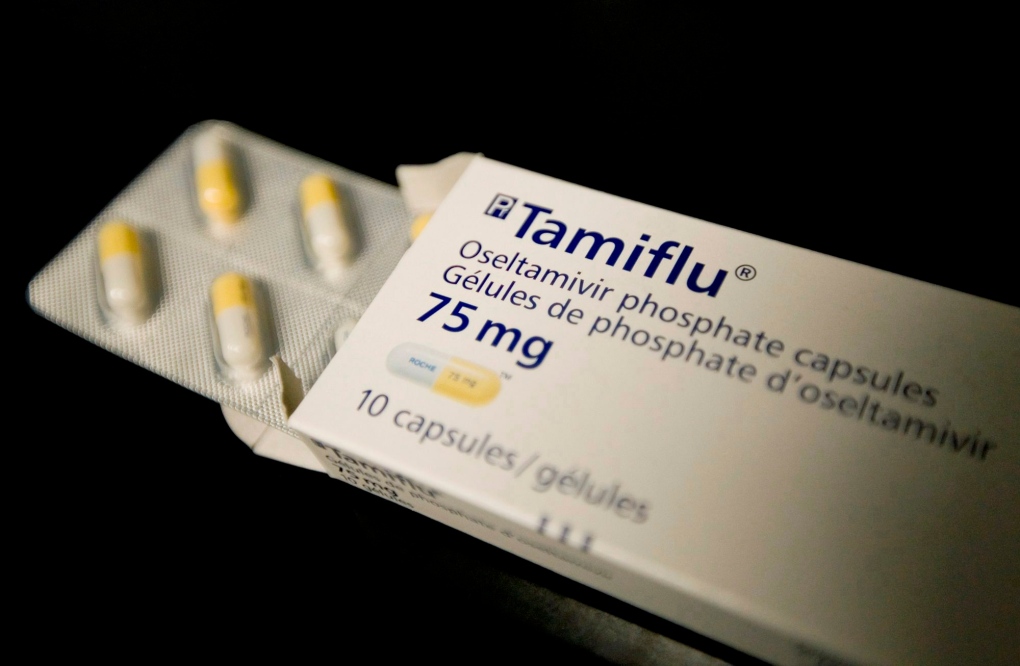 In this file photo, a box of Tamiflu is seen in a Toronto health clinic. (Darren Calabrese / THE CANADIAN PRESS)

TORONTO -- If you’ve ever come down with a case of the flu, you know it can be a nasty virus.

There are medications to treat it, however. Prescription antiviral medications come in pill or liquid form with the most popular being oseltamivir, more commonly known as Tamiflu.

Dr. Sohail Gandhi, the president of the Ontario Medical Association, said these drugs aren’t typically prescribed to flu patients, however, because they just don’t work that well for the general population.

“The antiviral medications, unfortunately they haven’t shown to be as effective as we’d like them to be,” he said in a recent phone interview with CTVNews.ca.

“They’ve been on the market 15, 18 years and initially it was thought that they would be significantly more beneficial than they were and in time, we’ve discovered that they don’t actually help in people who are younger, who are healthier, who don’t have significant health problems.”

According to the latest data from the Public Health Agency of Canada, there have been 946 influenza-related hospitalizations and 13 deaths from the flu this season. The data does not include cases from British Columbia, Saskatchewan, Ontario and Nunavut, however.

Gandhi did say the medications have proven to be beneficial for people with significant health problems who live in nursing home or long-term medical facilities.

“For someone who’s got no other health issues, these antiviral flu medicines, they might at best shorten the flu by six or eight hours,” he said. “Is the six hours really worth it?”

In 2017, the World Health Organization downgraded Tamiflu from a “core” drug to “complementary,” citing that additional testing “reduced the previously estimated magnitude of effect of oseltamivir on relevant clinical outcomes.” The agency also recommended the drug be restricted to those with severe illness or those critically ill in the hospital.

A recent study published last month in the medical journal The Lancet indicates that antivirals are rarely prescribed in European primary care facilities “mostly because of perceived ineffectiveness in real world primary care and because individuals who will especially benefit have not been identified in independent trials.”

That same study, however, prescribed oseltamivir to 1,637 patients in Europe over three flu seasons and found patients recovered an average of one day sooner than those who were not given the medication. Older patients with more severe illnesses recovered two to three days sooner as well.

Dr. Isaac Bogoch, an infectious diseases expert at the University of Toronto, agreed with the recent study and added that he would prescribe oseltamivir to nearly any patient who comes to him with a case of the flu.

Bogoch added there is a concern that the virus will become resistant to antiviral medications if they are routinely prescribed to patients, but said such resistance is rare.

According to the Public Health Agency of Canada, this year’s flu strains have proven sensitive to oseltamivir and another antiviral medication known as zanamivir. The strains have been resistant to a third medication, amantadine, however.