Naloxone is free in Ontario pharmacies, but it isn't getting to everyone it could help 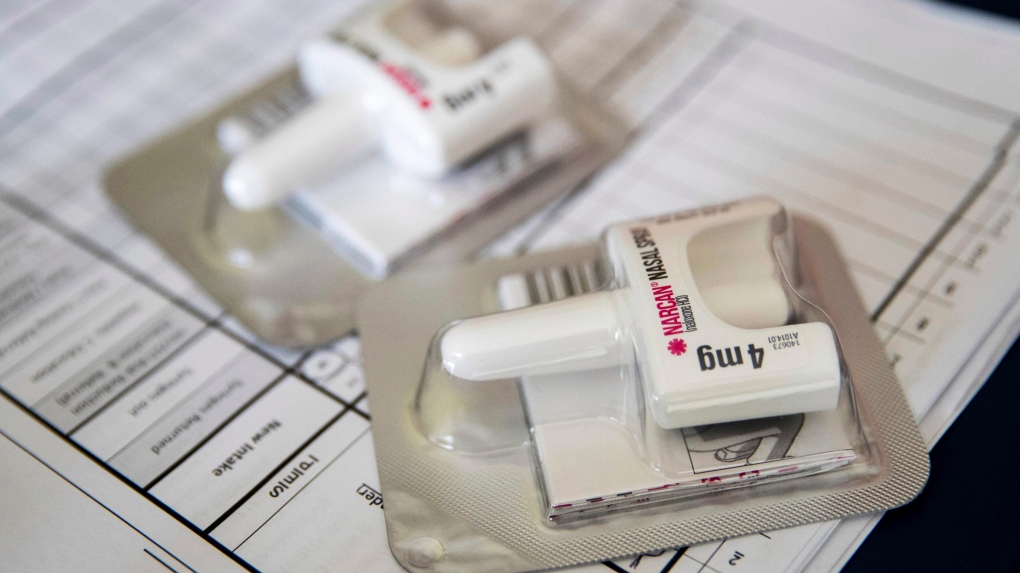 TORONTO -- Many pharmacies in Ontario are staying away from a new program that allows them to dispense naloxone for free, even though the overdose-reversing drug has been tied to a reduction in opioid-related death rates elsewhere.

New research shows that 2,729 community pharmacies in Ontario – 56 per cent of the total – dispensed at least one free naloxone kit between July 2016 – shortly after the program was introduced – and March 2018.

Additionally, approximately 30 pharmacies were responsible for more than one-third of all naloxone kit distribution during that time period.

Researchers from the Toronto-based Institute for Clinical Evaluative Sciences (ICES) say the 44 per cent of pharmacies who did not take part in the program may have chosen to do so because they believe their clients are not interested in naloxone or because of the stigma around opioid use.

A PRIMER ON NALOXONE

Naloxone has been available since 1971, but has gained popularity since it was made available as a nasal spray in 2015. It is able to restore the breathing of a person who is suffering from an overdose and bring them to consciousness.

Wide availability of naloxone has been prioritized in Canada and elsewhere as a way to reduce the rate of opioid-related deaths. In the U.S., 2018 represented the first time in nearly 30 years that overdose deaths had declined from the previous year. Experts point to the doubling of naloxone prescriptions between 2017 and 2018 as one likely factor behind the decline.

According to Public Health Ontario, 1,473 deaths in the province in 2018 were attributable to opioids. That number represented a 17 per cent increase over 2017, which was blamed on tainted street drugs.

Many other provinces have followed Ontario's lead in distributing free naloxone kits through pharmacies. The ICES research suggests that the program has largely been effective in getting the drug to people who might not otherwise have easy access to it.

WHERE THE PROGRAM WORKED

The program was found to be particularly effective at reaching people who had been prescribed methadone or buprenorphine to wean themselves off of an opioid addiction. More than 40 per cent of methadone and buprenorphine patients received at least one naloxone kit during the study period.

Only 1.6 per cent of prescription opioid patients received naloxone kits from pharmacies during the same period. The researchers say this suggests there could be a "large gap in naloxone access" for this group that health leaders should look at addressing.

Some of these patients could have received naloxone elsewhere, as it is also available from sources including public health units and safe injection sites, but pharmacies were responsible for more than 60 per cent of naloxone kit distributions over a one-year period during the study timeframe.

Demographically, the researchers found essentially a 50-50 split in male versus female naloxone recipients, with a median age of 38. Nearly 90 per cent of recipients lived in urban areas, and nearly 92 per cent lived in southern Ontario.