Lyme-infected ticks are so common in parts of Canada, testing no longer done 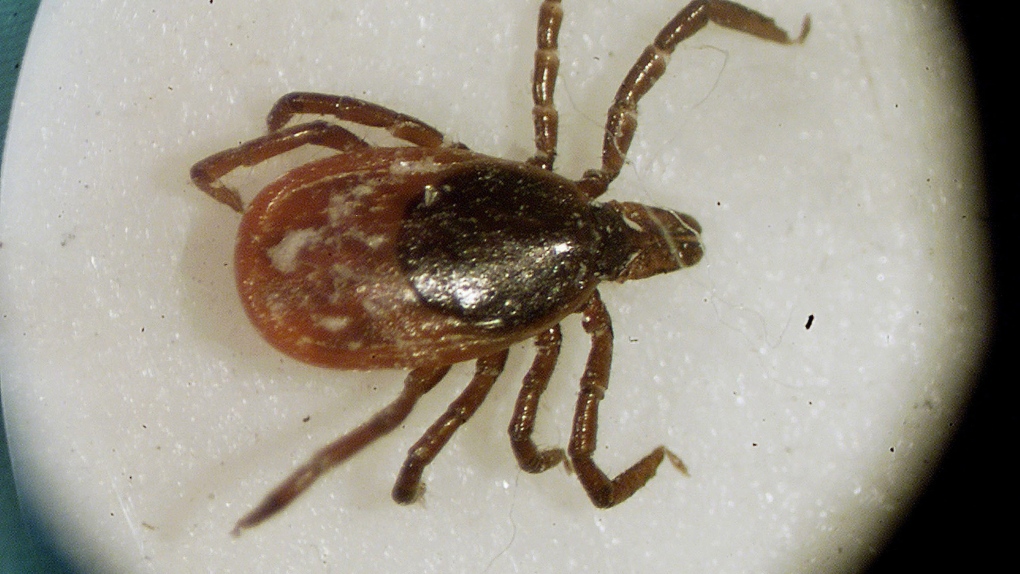 This March 2002 file photo shows a deer tick under a microscope in the entomology lab at the University of Rhode Island in South Kingstown, R.I. THE CANADIAN PRESS/AP/Victoria Arocho

OTTAWA -- Lyme disease has settled so deeply into parts of Canada many public health units now just assume if you get bitten by a tick, you should be treated for the potentially debilitating bacteria.

In Ottawa, where more than half of the ticks tested in some neighbourhoods carry the bacteria that causes Lyme disease, the public-health unit no longer bothers to test ticks because it's assumed they carry the illness.

Dr. Vera Etches, the top doctor at the health unit, says that means if a tick is found on a person, and is believed to have been there for more than 24 hours, then the patient should get antibiotics to prevent Lyme infection.

After three days, preventive treatment won't work so patients then wait for symptoms or enough time for antibodies to evolve to show up on a test.

Similar rates of Lyme disease have been found in parts of every province except Alberta, Saskatchewan, Prince Edward Island and Newfoundland and Labrador, but the disease is marching further afield every year.

Lyme disease began appearing in Canada in the early 1980s but it has only been since about 2012 that the ticks that carry the bacteria have become plentiful, mostly due to warmer winters that allow more of them to survive.