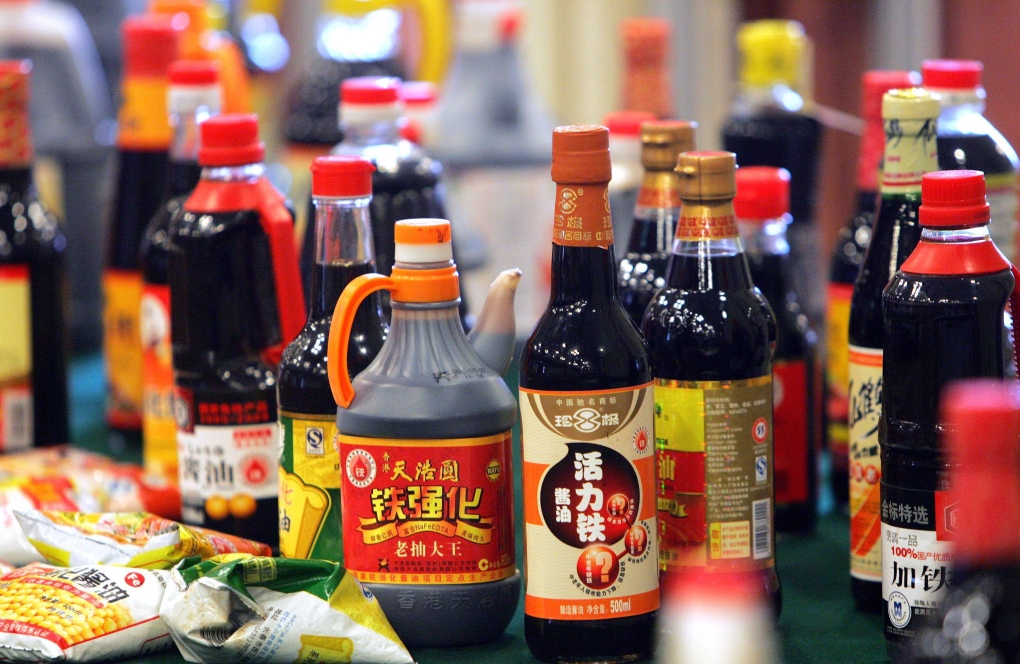 A teen who accepted a dare to drink from a bottle of soy sauce swallowed an entire litre of the stuff before slipping into a coma.

The incident, which took place in 2011, is described in detail in the latest issue of The Journal of Emergency Medicine.

Doctors who treated the teen say he arrived at hospital two hours after being dared by friends to drink a bottle of soy sauce. When he arrived at the emergency room, he was having seizures, foaming at the mouth and had slipped into a coma.

The doctors report the soy sauce had caused a sudden sodium surge in the teen's blood, leading to an electrolyte imbalance called hypernatremia.

The condition causes the body to try to move water out of tissues into the blood in an effort to dilute the salt. In severe cases, like the one experienced by the teen, the brain leaches water, which can bring on seizures, coma and eventually death.

The quart of soy sauce the teen drank would have likely contained about 56,000 milligrams of sodium. To put that into perspective, Health Canada says the average Canadian takes in about 3,400 mg of sodium a day, although they recommend no more than 1,500 mg a day.

Doctors say they were able to save the teen by giving him a solution of water and dextrose through a nasal tube, filling him with six litres of the fluid over 30 minutes.

After about five hours, the teen's sodium levels had returned to normal, they report. He stayed in a coma for three days and when he awoke, tests showed he had suffered no brain damage.

The doctors say that at their peak, the sodium level in the teen's blood was 196 mmol/L To their knowledge, they write, that "is the highest documented level in an adult patient to survive an acute sodium ingestion without neurologic deficits."

The teen involved was not identified. But according to several media reports, a student at the University of Virginia was rushed to hospital in 2011 after drinking a bottle of soy sauce as part of a college fraternity hazing. It's not clear if the medical journal report describes the same teen.

The hazing incident led to a police and college investigation and prompted the closure of the fraternity for several months. The frat has since re-opened.